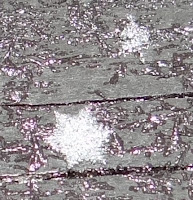 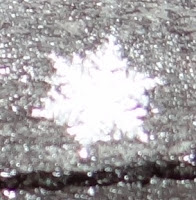 Friday 5th, 7:30am
It's amazing how these tiny white flakes falling from the sky can cause so much excitement.
It was the first time we have been able to see the flakes so clearly on the deck. The photos don't do it justice - but at least give you and idea of how wonderful it was to be able to look at these perfectly formed flakes. 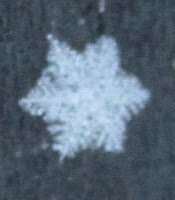 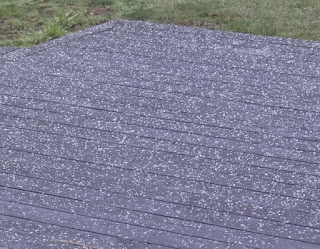 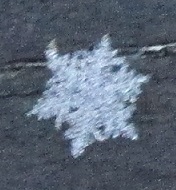 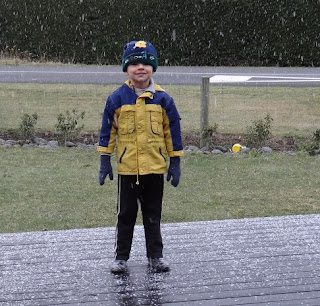 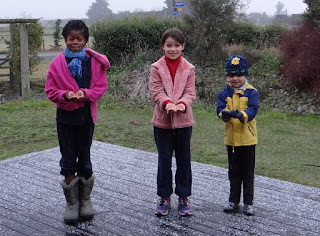 These photos were taken just after 8. Hezekiah especially loved being outside.
I took the girls up for school but we got turned back. They had just decided to close as the busses arrived as the snow was just starting to settle. 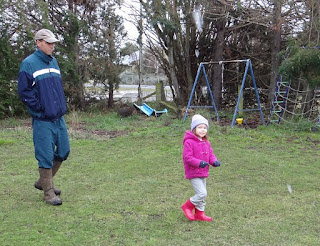 That didn't last long though and by 9 o-clock there was not much snow to be seen. It was still snowing, but very lightly. Asher did enjoy have a walk around the garden with Dad though. He had taken the morning off for a follow up EAV test, but a part of her machine broke yesterday, so it got cancelled. Brendon decided to just keep the morning off though and it was nice to have him at home. 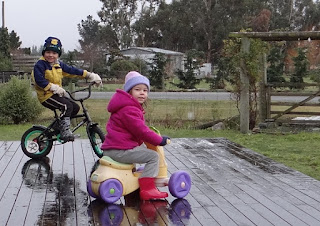 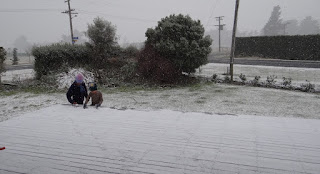 By midday it was snowing nicely again with it starting to settle again. It didn't take the children long to head out to enjoy it. 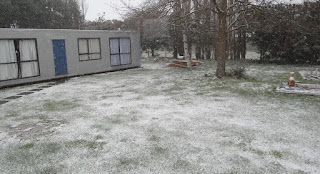 Rachel quickly got some photos for me. We were not sure it would last very long. :-) 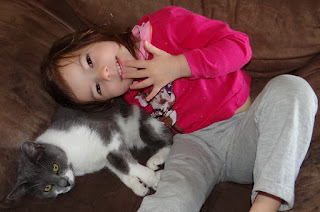 4pm - Asher enjoying a cuddle with Little Miss. She is really patient with Asher and even enjoys her attention. One day Little Miss ran over to where Asher was and lay down purring. Asher loved putting her head on her tummy to feel the purring - so I think she was doing the same thing again today.
While we were chatting to Nana this evening Asher had a 2 minute Vacant Episode. Thankfully it didn't last long. It's 10 days since her last seizure - so we have expected one soon. 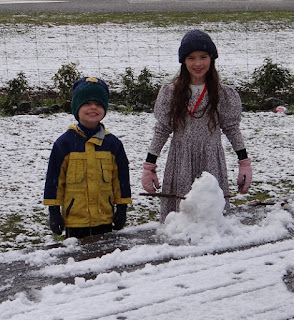 Saturday 6th, 8:40am. Out to enjoy the snow again this morning. Not nearly as much as what we expected to get overnight, but enough for Hannah to create at least a little snow man. :-)

9:40am and Rachel and I were off to Amberley. I stopped just as we were going into the Weka Pass and she took the 3 photos below.
She had a full day of St John training today with the competitions happening tomorrow. Thankfully she was able to stay with a friend in Amberley overnight, as she needed to be there by 7:30 on Sunday morning for the trip into town for the competitions. 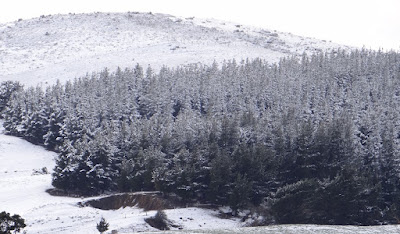 And the pass was beautiful too. I loved how the rocks stood out with the snow filled mountain behind. It was a very picturesque trip this morning and I was glad I had to take her as I got to enjoy this. :-) 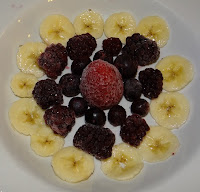 This evening Ruth wanted to make some "fruit salad". So she ended up with a few creations. Left: This was her one.
Right: Hannah's one had more berries as she can't have mandarin nor grapes. 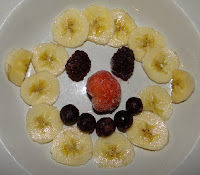 And then Hezekiah asked for one too. Ruth had run out of a bit of energy, but still managed to create a nice face for him. :-)
We headed to town in two cars so that Ruth, Hannah and I could go and fetch Rachel after the competitions.
There was a lunch after church today and unfortunately Asher had a 1 1/2 minute Tonic Clonic just as we were starting lunch. I was just arriving at the table with heated food as it started. Brendon and I just worked together so quickly to get her out her chair and into recovery position on the floor. It was only afterwards that I thought through it and could not even remember who held what part of her. We just worked together without a word - knowing exactly what we wanted to do (and being so in tune with each other). It was only after a while that I realised she had food in her mouth. Thankfully with her being in recovery, the food was just coming out of her mouth with her saliva. It made me realise what a good habit it is - getting her into recovery. She wasn't breathing wonderfully through the seizure, but it was a good thing she wasn't taking deep breaths, as she would have had more chance of choking then. Thankfully she had a little nap in my arms and after half an hour she woke and was ready to eat. After lunch Brendon then took her and Hezekiah home and she had a good afternoon nap. 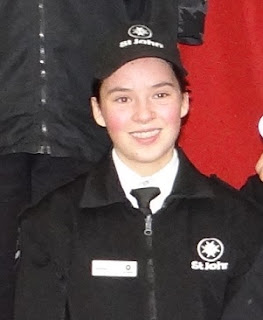 The other two headed off with me to where the competitions where being held. It was freezing outside, so we didn't bother going to a park while we waited. I had a laptop with and so Hannah and I watched an hour of a movie (and then the battery ran flat). We did head in a bit earlier and got to watch the last colour party. Then it was time for the prize giving.
Rachel was participating this year as a senior for the first time. Added to that - she was entered as an individual for the first time too. I got to chat to her before the prize giving and she was really happy with how she had done. She had stayed calm and felt that the whole day had been a great boost to her confidence. She was competing with girls that are a part of the National Squad and so have had loads of extra training and competition experience. So she wasn't surprised to not get any placings. It was still a great day.
It ended with a bit of disappointment though - because we had all been hoping she would get her long awaited for "promotion" at the prize giving. There was a bit of a mix up though and the promotions had all been forgotten on the day. So she will have to be patient for a bit longer. Thankfully I had mentioned the disappointment to her leader (she thought Rachel was just upset about the results) and so she is putting effort in to getting it sorted for her. It was a good opportunity to learn and grow though. Life sure is full of disappointments, so it's good lesson in looking for good from every situation and keeping positive.
Posted by Buckland at 10:00 PM