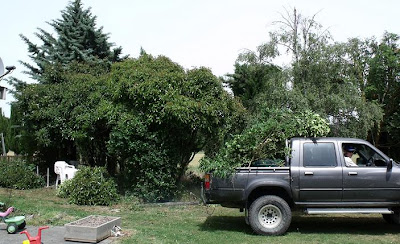 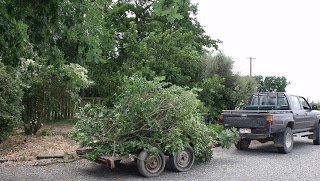 After 3 loads on the back of the ute we decided to borrow the owner's trailer for the last lot. 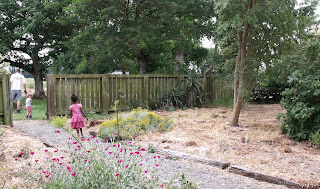 We have decided to buy a trampoline for the girls for Christmas and saw that this spot would be a perfect place for it. Well, one the huge rose bush had been removed. It was so overgrown that it was over a meter from the fence (in front of were Ruth is standing) but the plant is actually on the other side of the fence. Only Rachel knows about the present and it was a good motivation for her to actually help with the gardening today.
﻿﻿﻿﻿﻿