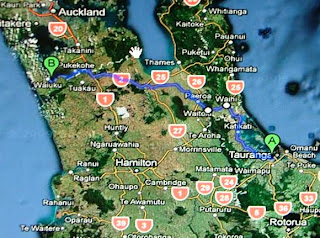 Today we headed off to South Auckland and had 180km to travel. We decided to get going as soon as we were packed so that we could stop at the Karangahake gorge on the way. I have left Auckland and Rotorua within the picture so that you can get an idea of where things are. Far more traveling today than when we headed here from Rotorua. 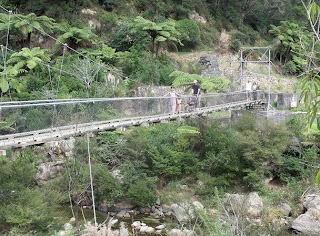 The part that the girls were really excited about was the "swinging bridge" that our friends had told us about. 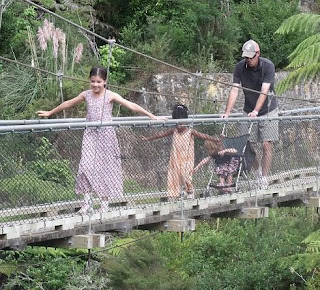 Having fun making it rock. 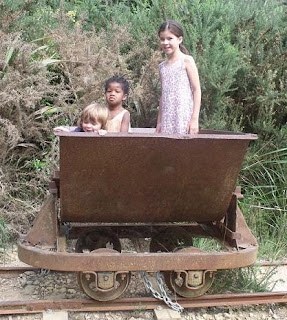 The area is an old mining area and so there are a lot of historical markers with information around as well as left over items from then. 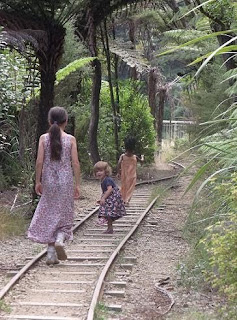 Walking down the track to a look out point. 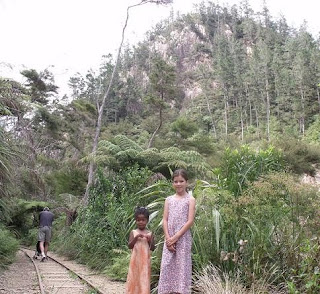 The sur-
roundings were beautiful. Such high mountains and beautiful trees. 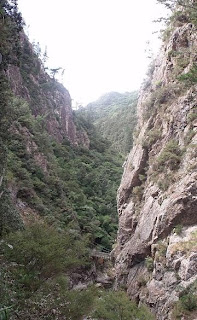 Then we got to the window walk where the gorge is. So spectacular. One of the highlights of our trip. 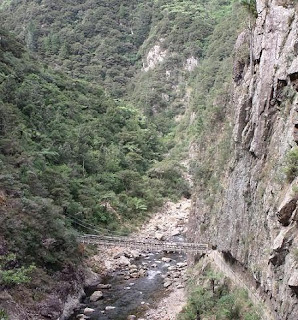 A close up of the bridge in the previous photo. We walked literally through the mountain and then down to that bridge. 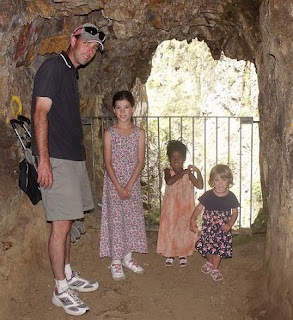 And when I say "through" the mountain - that is exactly what it was. Mining tunnels dug through the mountain with these little windows every now and again. Thankfully we had a little flashlight with (one that we keep in the car) but we could have done with a 2nd one. It was pitch black in those tunnels as they were quite long. 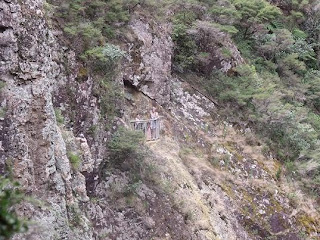 Dad took the torch and ran back to a previous window to take a photo of us. It was incredible to be at this lookout in the middle of a rocky mountain. 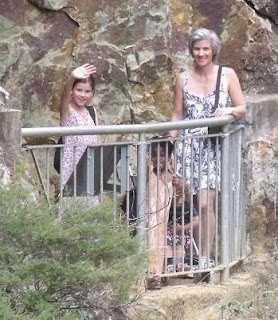 We ended up walking 2,5km. We then had lunch and hit the road. The girls had a good nap after all that walking. 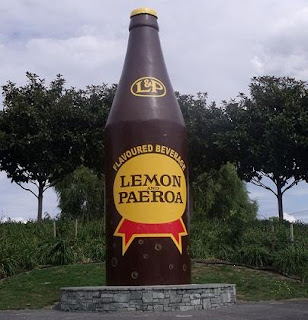 One of the towns we passed through was Paeroa. Anyone who has visited NZ will know about the L&P soft drink which is very popular here. So we finally got to see the Pearoa from Lemon and Paeroa. And you can be sure the town was FULL of L&P signs - not to mention this HUGE bottle. :-) 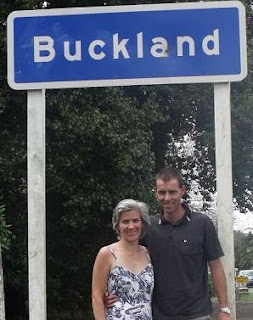 And just before we reached our destination we could not resist de-touring a little so that we could pass through the town of Buckland. 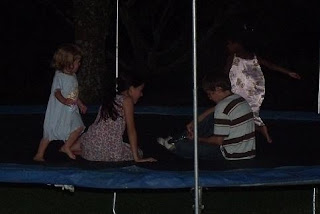 Ruth especially had been looking forward to us visiting Nathan and Seth. The children had a lovely afternoon playing and even after the younger girls had bathed they were back outside playing on their huge trampoline. A good example of how lovely the weather has been - outside after 7pm and it was still lovely and warm.
Posted by Buckland at 9:48 PM