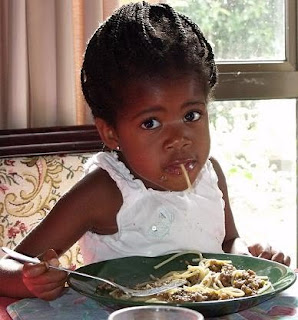 I gave away all those other yellow marrows but still had so many in the garden. So today I got another big green and big yellow marrow from the garden as well as loads more celery and hid them in the bolenaise sauce for dinner. I grated the marrow and it worked really well. It tasted just as good as normal and was really enjoyed by all. Especially Ruth though as it was her first time on "gluten" spaghetti. She loved copying Dad's method of twisting the pasta onto the fork. She was really quick though with getting it into her mouth - only one little one still out by the time I could take a photo. :) 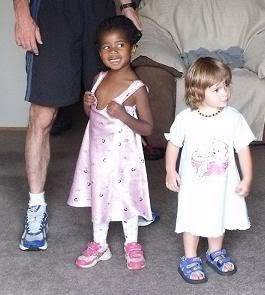 Brendon said he was going to do some Zumba and so Hannah ran off to fetch his shoes for him. Ruth then headed off to get her as they then decided to join Dad. 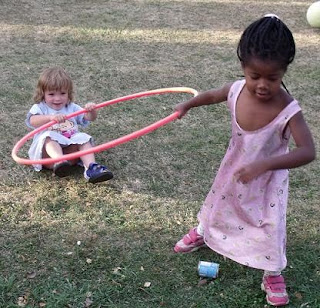 It did not last long though and it's so nice outside still after 7:30 that they enjoyed some time outside. They had such fun playing tug of war withe this and Hannah seemed to enjoy being pulled along. I hope there are no sore grass burns.
Posted by Buckland at 11:44 PM

Labels: Meals and Food, These make me smile