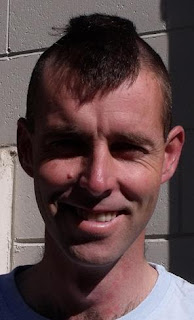 It was great to see the sun this morning and so we quickly got Brendon's hair cut before heading off to church. It's been 5 weeks since we have last been to church as a family due to all the illness. And even longer since Brendon got a hair cut. So I got to play around a little which brought the girls much enjoyment. 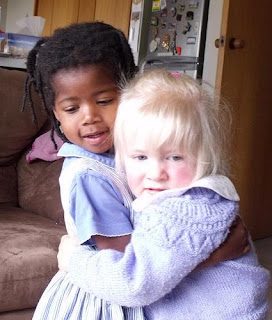 As we got home from church the Spencer family popped in for a visit which was lovely. It is always so special to see Katy run over to Ruth and give her a huge hug. I remember a year ago when Ruth was quite scared of Katy's powerful hugs (even though she is a year younger).

After the Spencer's left Ruth headed to bed for her nap and we started watching the BBC productions of Prince Caspian and The Voyage of the Dawn Treader. It was so funny to hear Rachel give the names of the starts that were in alignment (before they were mentioned). She just loved watching it despite how old the production is. 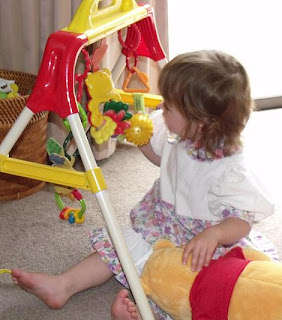 Hannah went to sleep as soon as we got home so she missed out on the visit. But as soon as she got up she noticed the toys that had been brought out for Ben. She enjoyed pretending to be a baby and lying under the toys. 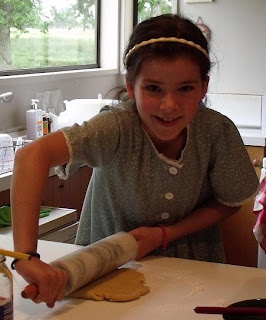 Rachel helped make some Cinnamon rolls for dinner this evening. 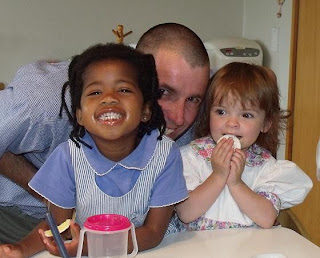 Cheese....
Hannah having some fun with Dad after her bath. She wore panties for the first time this afternoon which she thought was very special. After the bath she had her nightie on and decided that she wanted this shirt on instead.
Posted by Buckland at 2:31 PM