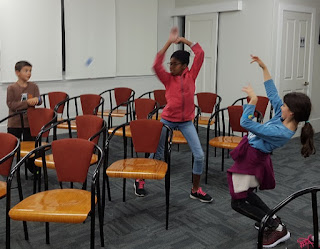 Friday 13th: We had a very full fun day out today. After the Antarctic Centre we did some shopping. With Ruth's birthday next week it was a good opportunity for her siblings to get her some gifts. Then we had our church's movie night. We enjoyed fish and chips with them for dinner and then watch Peter Rabbit.
We arrived a bit early and so the children had time to run around and play before others arrived. A game of piggy in the middle was fun to watch (and a bit tricky to catch a good photo of). 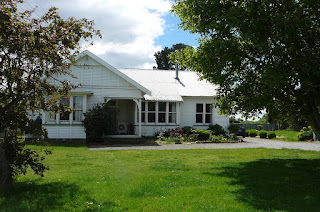 Saturday 14th: This morning we headed out again. This time Asher was with but Rachel not as she had work in Amberley as well as work at the rugby game in town.
We headed to the Darfield area to visit a respite home (an hour and a half from us). The plan is that Asher be able to stay overnight here. So today was the first step and it went so much better than I could have ever imagined. We made sure we showed her where the toilet was as soon as we arrived, and wonderfully she settled in really quickly. We did have her bag of toys with, but she was happy to look around too.

She even went and sat next to the lady and then a bit later gave her a hug. Wow.
The next step will be just one night in August. We will stay close and Ruth will stay with her. In that way the lady can have Ruth as the interpreter and it will also give Asher a bit more of a sense of familiarity with having Ruth there.

The hope is that in time, we will be able to take the other children away for a holiday and Asher can stay here for a couple of nights while we are away. We haven't taken the children on a holiday in a very long time as it's just too difficult with Asher. So this makes it something we can hope to get planned now. 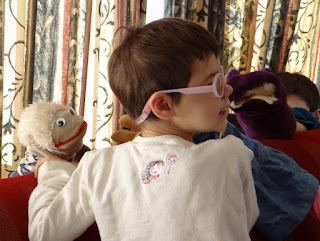 We then headed to the Sampson family for lunch as they were just 10 minutes away. Hannah and Hezekiah were especially excited about catching up with their friends.
They had great fun, including enjoying some of the amazing puppets that Katrina has made over the years.
It was sweet to see Asher go up to them and try to "talk" to them. 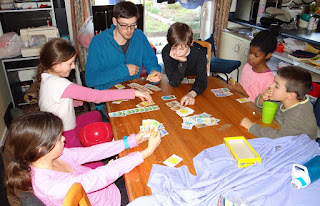 Unfortunately Anastasia hadn't slept well while we were out, so we had to head off before this game could finish. At least they got to learn a bit about a new game. It was a lovely visit.

Asher had a seizure at 7:30 this morning, so although it made us a bit late at getting away, it didn't get in the way of her having a great day out. This was her first seizure this month. We are so thankful for the 2 week break she had.

Hannah and Hezekiah having some fun this evening. I was so focused on getting their two happy faces that I didn't realize until loading the photos that I had cut Asher in half. She was very tolerant of their antics next to her. 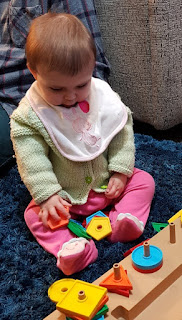 Sunday 15th: Rachel stayed in town after her work and then went straight to the Woodend camp site for the CEF (Camp Goodnews) camp that she is a leader on for the next week. So she had quite a bit to pack when she left yesterday morning. We had a bit of a mix up as Rachel had said goodbye and gone to her room to sort her last things. I had assumed she was all ready to go, but just grabbing some things from her room, so when we left we locked the house. She has a house key on her car keys, so we didn't think much until she called when we were 30 minutes away. Her car keys were still in the house! Thankfully the toilet window was open and she managed to climb in there and get her keys. What a relief that one window had been left open.
The leaders have the afternoon and evening together preparing for the week and then the children arrive on Monday morning.
RIGHT: Anastasia is sitting so beautifully now. We can put her down and not worry about her toppling over. She is working out her balance really well and is careful when she reaches forward for toys. So cute to watch. 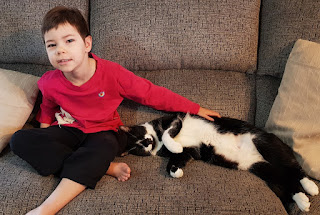 Monday 16th: Asher enjoying stroking Anakin. It's lovely to see her interacting more with him lately. 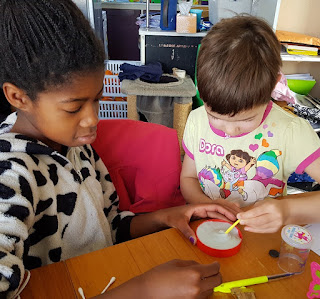 Ruth chose some slime as a birthday gift from Hannah. She has already had so much fun with it. And she has already started adding ingredients and changing it's consistency and colour. I love how something so simple (and cheap) can be so enjoyable for her.
Here she is showing Asher how to "stir" it. If you stir it well enough it actually forms a compact ball. 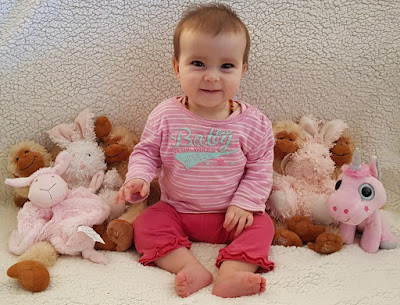 And this little monkey turned 8 months on Saturday. It was far too busy a weekend to get photos done, so they happened today. 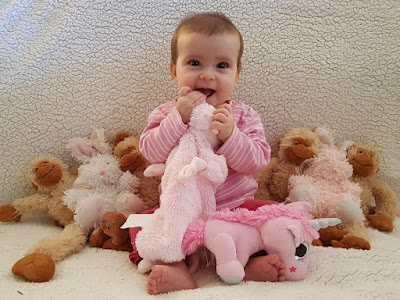 She doesn't have any teeth yet. All the others got their first ones at 6 months and by 8 months Hezekiah had 4 already. So she is just taking her time. With the teeth and with eating solids. She is just not interested yet. We often give her things to chew on, and she doesn't mind the different flavours in her mouth. She does NOT however enjoy any bits breaking off yet. Which is fine. She is happy and developing well.
The funny thing is how she can crawl BAKCWARDS. I will try get a video as it's so cute.

Brendon took this photo on the 7th but I only got photos off his phone today - so it's a bit late but such a beautiful one that I didn't want to leave it off.

Ruth was a great help today and chopped up loads of vegetables for a stir fry. I normally just buy frozen veg packs as it takes so much time to prepare. I had the fresh veg though, so it was great to get a sir fry made the way my Dad used to. I remember when this was our standard Sunday lunch. I don't have a wok like he has, but it was still a nice reminder from my childhood. And such an easy way to get loads of veg in. 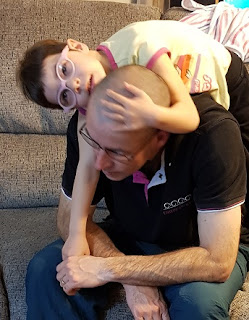 Asher always loves when Dad has his hair shaved off. I love this man so much. Always so patient with Asher and such an amazing Dad. 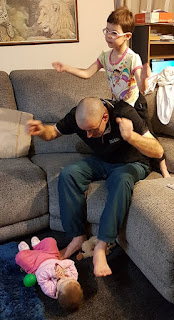 Singing and "dancing" with her and her Wiggles movie - entertaining Anastasia at the same time. 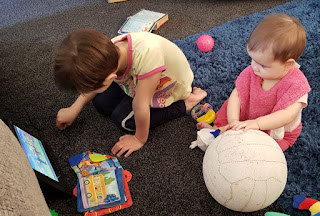 Tuesday 17th: Anastasia sitting so nicely and enjoying watching the Wiggles with Asher. Anastasia's favourite music DVDs are the Cedarmont Kids ones (Asher calls them Bible). Apparently there are new Cedarmont Kids DVDs - it would be lovely to get those for Asher. The ones we have are so old, they are the same songs that Rachel watched when she was a 2 year old. :-) Such great songs though.
Posted by Buckland at 10:00 PM