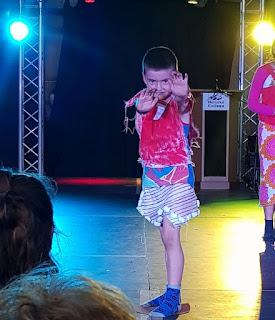 The junior school has been learning about Nature Conservation and keeping the planet clean. They learn about Reduce, Re-use and Recycle. So as a part of that study they created wearable art from junk. They had a fashion show today to show off all their creations.
Hezekiah was very excited about his "Iron Man" suit that was been made over the week and he had told us a lot about it.
This was the pose that they had told him to do. Very cute. 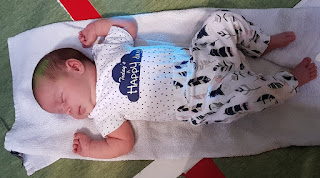 Anastasia was due to feed but she was so tired that she just slept through the whole thing. That did help allow me to take photos and videos.

Hezekiah with the two girls that created his outfit.

Ruth was asked in the morning if she would read out information about the younger class's creations. 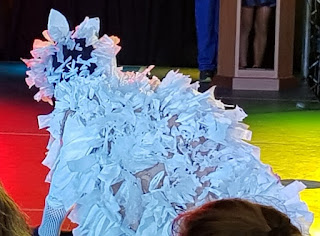 I was so impressed with this sheep. There were many amazing creations. 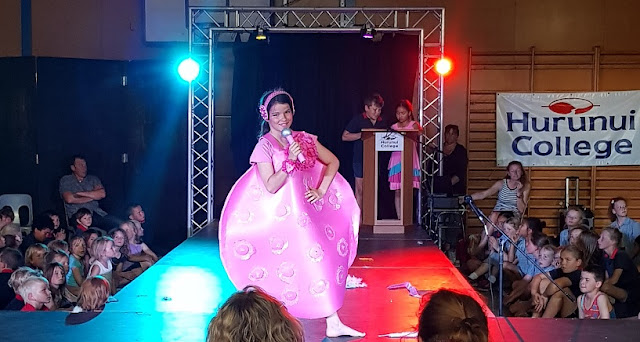 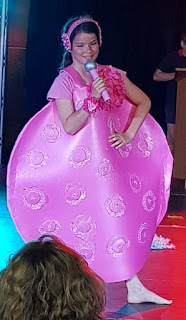 The most beautiful creation must have been the one Hannah and her partner made. What a beautiful princess. 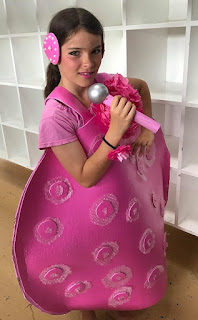 I was sent this photo afterwards. I lovely one of her (in good light).

Ruth and her partner had an "under the water" theme. Well done Ruth. 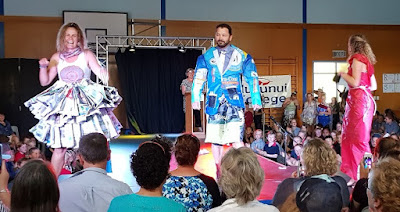 And then two teachers and the headmaster came out in their outfits (to everyone's surprise). 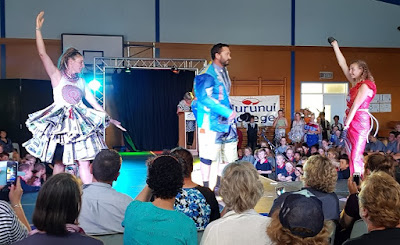 The teacher on the left is Hezekiah's teacher.

It is so nice to have teachers who all get so involved with the children.

There was another day where most of the teachers were dressed up as "Where's Waldo" (our Where's Wally depending on what country you are from).