1 New shower, 2 Geocaches and NO mumps 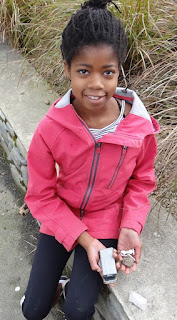 Tuesday 5th: Brendon left early this morning for home to sort things out for the builder who contacted us yesterday to say that he can install the new shower this week. We had told him we were away this week if it would suit - but as he is busy he wasn't sure he could fit it in. So we were very pleased that he found some time for our job. Brendon was back before morning tea, so at least he didn't feel like he had lost a day of holiday.
Unfortunately we heard from the builder later that there is more damage than we realized. Not only was the wall damaged from the leak, but screws at the shower head had also been wiggled loose during the earthquake, and water has been dripping from there down onto the floor behind the shower too. So there was a board under the shower that needed to be replaced (and the board went further than the shower and under the bathroom floor too). So we will also have to re-vinyl the bathroom floor. Wonderfully the company that did our vinyl floors a couple of years ago still stock the one we bought and they even have a gap for us to get it installed next Wednesday. So it won't be drawn out too long. 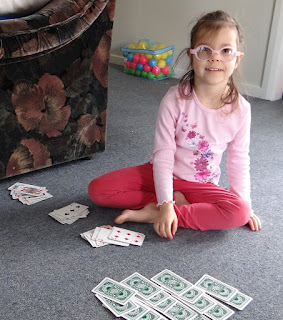 Hopefully the bathroom will be all done by the end of next week. We had anticipated having the work done while we were living in the house - so at least quite a lot has gotten done this week and it has reduced the time of us having work done while we are there.
Photo above: We had hoped to go to the Maze today, but it was closed. While we were out I got some shopping done and Ruth found a geocache close to where we had parked. She is working on a geocache Guide badge - so we will try and find as many as we can this week.
In the afternoon I took Hannah to the doctors rooms as she had really swollen glands. She had a slight fever and the concern was that it may be mumps. So she had a mouth swab and blood test and by Friday we heard that it was negative. The main reason we were relived was that if it was positive, the other children would have to say off school for 26 days after the last person in the family has swelling. So I was relieved we didn't need to change plans for the week ahead. 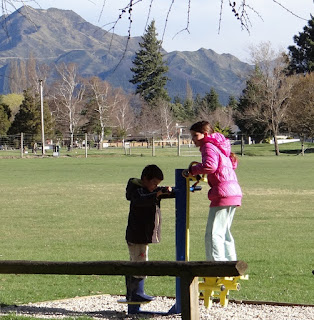 We got some pain meds for her (as her neck was really sore from it) but she made great improvement through the week, every day it was less painful. It gave me a bit of a shock as I had never seen such swollen glands before. Thankfully the fever cleared quickly and she didn't even have an hour of feeling ill.
Wednesday 6th: Above: The girls have been playing a lot of solitaire (with 2 or 3 games going at once and having a bit of a race). Asher found some cards out at one point and had some fun sorting them out. :-)
The maze was closed again this afternoon, so we took the children to the park (that we spotted next to the medical centre). It had been raining on and off through the day, so we were glad for a bit of a dry time so we could enjoy some time outside. 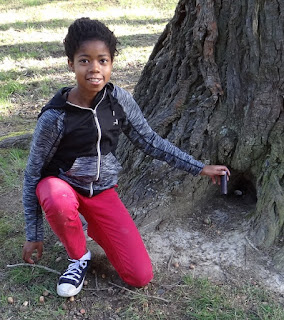 Ruth found another geocache while we were there. :-) 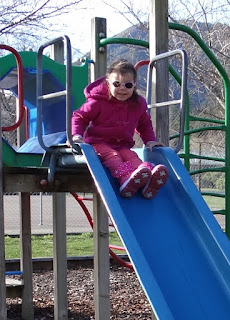 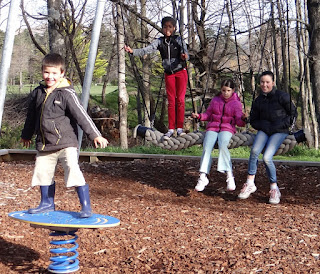 Asher had some fun on the slide in the younger children's area and then we headed over to the other area for older children. 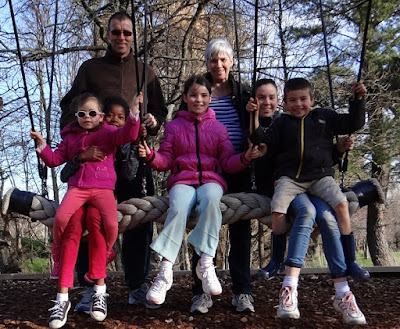 A good opportunity for a new family photo. 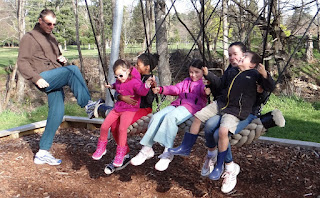