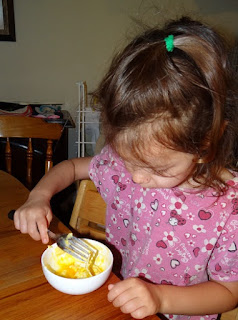 Last night I worked out a breakfast menu for her. I took the scrambled egg recipe that the dietitan gave me, and just re-worked it. I wanted Asher to feel like she was having her normal "fried egg" for breafkast. She has been having butter on it for the last few months, so although the proportions where quite different (loads less egg and loads more butter) she was pleased and tucked in immediately. 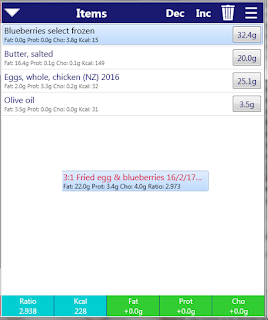 This is her full breakfast menu. She would have blueberries after this. I used this the whole week as she was so happy with it. 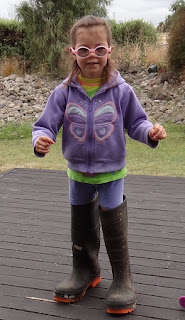 Josie came around this morning to help with Asher. This was great as it gave me some time to work out some other meal ideas for her (with total concentration). 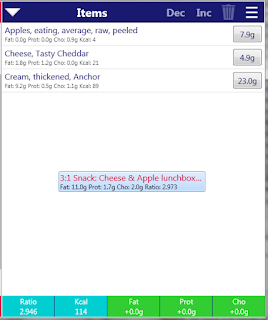 Asher enjoyed the time outside and again walked around in some big boots for a bit.
I had made an apple and cheese morning tea for her. Just those ingredients with some thickened cream.
She just loved the cheese and kept asking for more. So I created a lunch menu around as much cheese as I could fit. 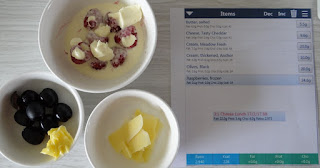 I was pleased with the lunch menu I got created for her. She does love her olives and has never minded having butter on it's own. She was thrilled to get some more cheese too. At this point I was using cream and thickened cream on her berries. 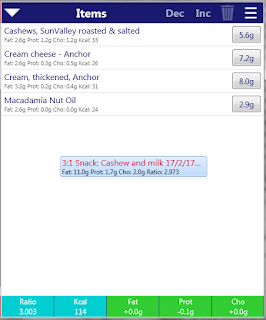 For afternoon tea I took a recommended Cashew and Milk recipe and adjusted it for Asher. She enjoyed the little "paste" of Cream cheese, thickened cream and Macadamia Nut oil along with the cashew nuts to chew on. 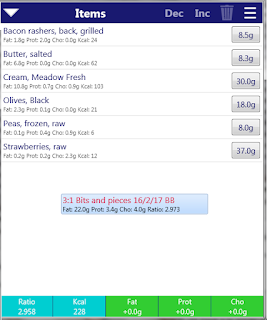 For dinner we had bacon around, so I made a bacon based "bits and pieces" dinner for her. 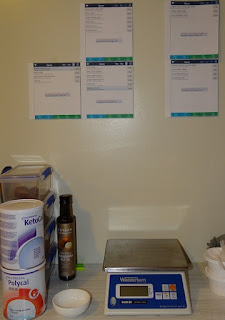 I felt good about how our first day had gone. She managed to have 3 different main meals and 2 variety of snacks (for the 3 in the day). She was very hungry though, so the dietitian said we can give her an extra snack. So her 4th snack was just a KetoCal drink (like what she had in hospital - just a snack portion).
I have my area set up in the kitchen with her scale and the recipes up on the wall. So a good quick start to creating nice food menus for her. She was thrilled to get back to real food.
Posted by Buckland at 10:00 PM