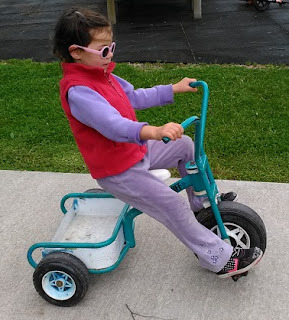 Monday 12th: Asher's last two days of preschool today and tomorrow. When I picked her up today she showed me how well she is riding the tricycle. Lynda has been working with her on this so much the last term and it's been so great to see her developing the co-ordination and strength. She can now ride independently around the "road".
As she loves riding so much, it's also a great opportunity to stimulate her vocabulary. Lynda has been helping her to practice putting 3 words together, so she has managed to say "Asher on bike". Well done Asher. It's wonderful to watch you learning and growing so much.

So cute to see the kittens venturing out. Even climbing off their bed is effort for them. They are still rather wobbly on their legs. So sweet to see them learning and getting stronger though. This photo was taken at 1pm.

Then this was taken at 7pm. They have made so much progress in just 1/2 a day. It was so cute to see "Stripes" coming over to Asher. 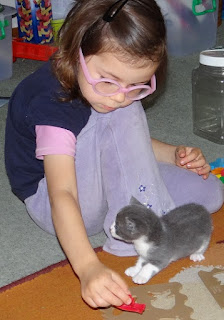 We plan to keep one of the boys. So this made us take a note of Stripes. 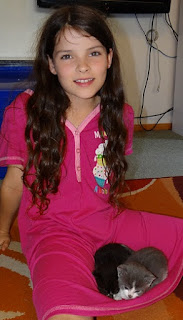 Hannah enjoying a cuddle with Anakin and Stripes. 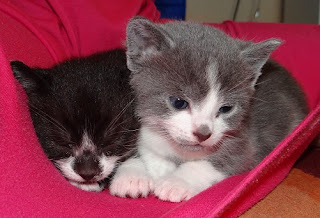 It looks like we will be choosing between these two.
We have 3 black and white ones, so they ended up getting named after Star Wars characters. The one with more black was being called Blackie by Hezekiah, so we said we should call him Darth Vader. It was decided that Anakin was preferred though. The female was called Princess Leia at first, but then Hezekiah pointed out that she should actually be called Padme Amidala. So her nickname is now Princess Padme. The suggestion for the last black one was then Chewbacca. It was fun having names for them, even though we aren't keeping them all. It just makes it easier to talk about them with each other - as we then knew who we were talking about.
This grey one has a thin white band over his neck and light stripes down his back. So he is just simply Stripes, and the other grey one is Smokey. 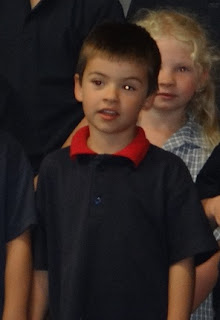 Tuesday 13th: Last day of school today. So Brendon and I headed up for the final assembly. We had originally planned to be in Kaikoura from yesterday for a dolphin swim this morning. The earthquake changed all those plans though. We made the booking before we knew this was the last day of school, so the advantage of those plans being cancelled was that we could enjoy the assembly with the children.
The primary school sang a song. We could hear Hezekiah singing at the top of his voice. We had gotten his attention so that he knew we were here. It was so cute seeing all the little kids waving to their parents when they were spotted. 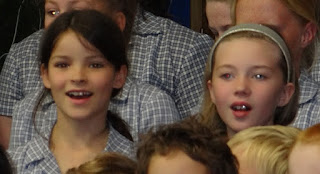 Hannah was pleased when she spotted me. :-) She knew she didn't need to wave, but just smile for the camera. ;-) 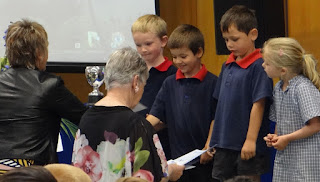 The first three years all got certificates. Hezekiah got one that said "For settling into Whero class and being keen to learn."
Such a special thing for them to stand up infront of the whole school and all the parents. 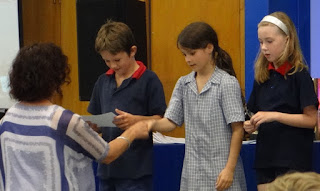 Hannah's certificate said "For great progress in Reading and for your effort and determination in all subjects."
Good job Hannah. You really have made wonderful progress with your reading. 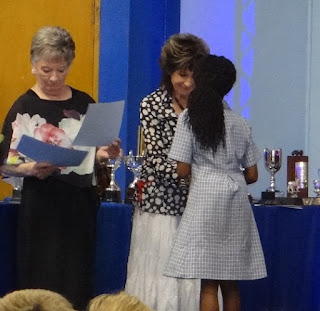 Ruth had told us that she probably won't get any certificate as they are only handed out to some of the children at this age. So she got a lovely surprise when she received one of the special R.I.S.E. awards. Each teacher is allowed to award a maximum of 4 per class. Not all classes had 4 - so they really did choose specifically.
Her award reads "This special award recognises students who have consistently shown our R.I.S.E. values of Respect, Integrity, Service and Excellence."
Well done Ruth. We are very proud of you. Thank you for being such a great example to your younger siblings too. 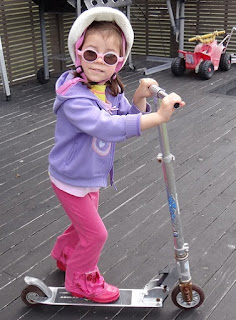 Rachel got Asher home from preschool as we were only home at around 1. The children were pleased that they could come home with us and have a shorter day today (they normally finish at 3).
Asher was showing off this afternoon as she used the older children's scooter. She is really good on her own one (with 3 wheels) but it's a lot more tricky with just 2 wheels. She is doing really well with it though. 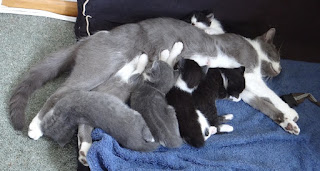 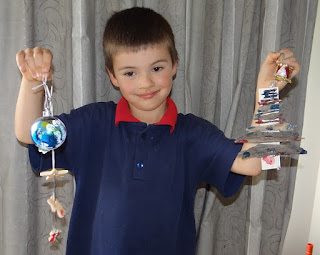 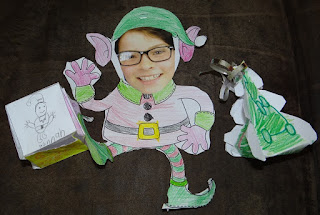 Hannah's Christmas decorations including a very fun "Elfie Selfie" that makes me smile every time I look at it. :-) 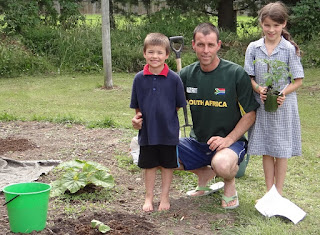 Brendon also got time to help Hezekiah plant his "potato in a bucket" for the competition at the local show next year.
Hannah brought a tomato plant home too - so that got planted as well. The pumpkin plant that is already there was one Ruth got from the local PGG store (as a seedling) which is also for the biggest pumpkin competition at the show. 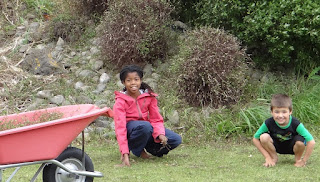 And just like that the holidays are upon us. Ruth is always interested in making a bit of extra money, so we drew up a list of garden jobs that needed to be done and how much she could earn for each. She had hoped to trim the three bushes (behind her) but they were a bit too hard. 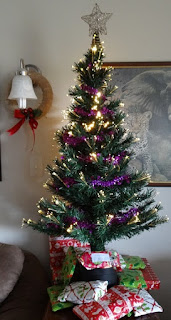 Brendon got his hedge trimmer out and I trimmed them, while she got paid for removing all the cuttings. There were a number of wheelbarrows full. Hezekiah enjoyed helping her, so she paid him a bit of what she earned. Ruth just got into it and got so much done through the afternoon. Brendon watched Asher so that I could get out there and so some work too. It was great for me to also get that time working outside and it always helps Ruth having company while she works. I trimmed the hedge as far as I could, but we will need to sort a longer cable for Brendon to finish the hedge tomorrow.
Ruth was thrilled when I suggested she then get the Christmas tree set up. We haven't gotten around to putting it up over the last couple of years, but we decided Asher should be ok with leaving it this year, so it went up. The few presents that have been wrapped already got put under it and Ruth is thrilled. She really does love Christmas.
Posted by Buckland at 10:00 PM