A hard and dark week 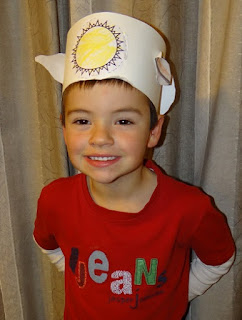 Monday 15th: Although Asher didn't seem quite well enough to go to preschool today, Hezekiah was fine and had a great time. He came home with this crown which had a number of solar system items on it. :-)
Asher was in bed by 10:30am, so it was a good thing I hadn't tried to get her to preschool. She was up by lunch time though and didn't need a nap in the afternoon. She was looking so much better that I was sure she would be back at preschool on Tuesday.
Tuesday 16th: We arrived at preschool but very quickly I realised Asher was not really happy to stay. She kept coming to me and eventually went to the door and I knew she didn't just want to go outside to play - she wanted to go home. So we headed home. Again she didn't make it through the morning without a nap.
It didn't seem too much later that I got a call from the preschool letting me know that Hezekiah had a fever and was looking really tired. So I brought him home and he literally slept the rest of the day (photo below). 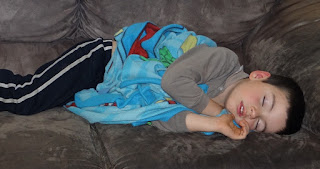 Wednesday 17th: Hezekiah and Asher were joined by Brendon today in having a sick day and spending the day resting and getting extra sleep. Brendon's chest was really sore and so he knew he needed a good rest to try and stop pleurisy. He was back at work on Thursday even though it was still quite sore, but by Friday morning it was much better.
Asher had a fever on and off through the day, so I took her and Hezekiah to the doctors in the afternoon. Hezekiah had also been complaining of a sore ear. Although his one ear was a bit gunky, it didn't look infected. Asher's throat was rather red and so he doctor took a swap to get tested. (PS: Thankfully nothing serious and so no antibiotics needed.) It was good to know what was worrying her as then we could help to try and relieve her pain.
Wednesday saw me hitting a really low point unfortunately. On reflection I am sure it was a combination of a few things: being unwell myself over the weekend, pms, variation in my diet and Asher missing preschool (so I miss my 2 x 3 hours without her). It's horrible to find yourself in that very deep dark place. I thank the Lord that I haven't had to experience that for quite some time now. 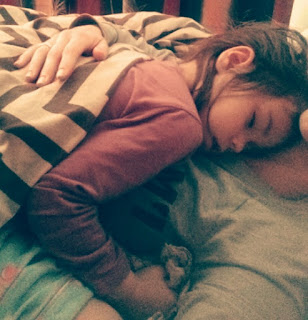 I know for some people they may think "what's the big deal" but the Lord has also graciously allowed me to have contact with a couple of ladies who do understand a bit more of what I am having to deal with. Every now and again someone gets a little more of a glimpse into my "normal" daily life and even though they can't fully understand it - they have sympathy and compassion. And that helps.
Thursday 18th: At 6:30am, just as Brendon and Rachel were heading off to work, Asher had a 1 1/2 minute Tonic Clonic. She had a fever through the night and so I wasn't too surprised by it. I managed to get her morning medication in and then she just slept on me till 9am. Thankfully Ruth got herself ready for school and as Hannah was complaining of a sore stomach - she just stayed in bed. By 10:30 Asher was back in bed for a nap - having not even tried to eat anything for breakfast. Hannah was feeling fine by now, so she rode up to school. Asher continued to have a fever through the day, so I was really pleased every time she got to her next medication dose (at lunch and then the evening) without anymore seizures. 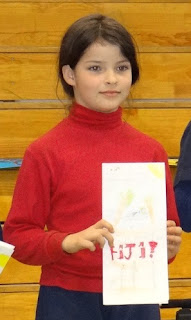 Friday 19th: Brendon, Ruth, Asher and I headed off for follow up EAV testing this morning. Asher's system is so run down that she couldn't get anything done with her. Even just a base line test was way too low. It was incredible to see so tangibly how much her body has been hit by this last week. Thankfully she happily watched some DVDs we had brought with while the rest of us got tested. Both Brendon and Ruth have had wonderful improvement. She could then work at adding a few extra things to their new remedies. It was interesting that 2 of the remedies that came up for Ruth (to help with her inflammation and joints) were African plants. :-) 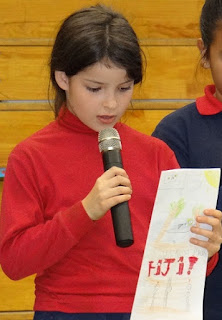 Brendon's liver is coping a lot better and his lungs have improved a lot too (both with room for more improvement - but already so much better). I'm sure his lungs would have been even stronger last week - before this week of flu.
I only finished my last remedies earlier this week, so the initial plan was not that I get tested today (normally you wait at least 2 weeks after finishing as there can still be improvement during that time). As Asher was too unwell though, there was time to have a look at how I was doing. It was such a relief to see a number of things sorted out. After my first remedy there had been absolutely no change, so this was a great relief.
I am now sure the magnets in Asher's toy bog (that was close to my remedies for a while) had caused the problem. After my low week it was a bit of encouragement that I needed. As I did have over 50 items in my first two remedies, she decided to just "re-do" those items that are still there (and not go looking for more).

As there is so much to deal with and my body is still under a lot of strain, I think it's a good idea to rather take it slowly. The healing will come. I have just had to accept that for a time, I will need to take supplements to help me cope. The Mannatech products I used a couple of years ago for my pms were very effective - so I just have to accept that they are needed again - at least for a time. (PS: I am writing this on Monday 22nd and after a couple of days on the supplements I can feel the difference they are making. So even in this I thank the Lord for His provision of something natural that can help me physically through this rough time.)
Brendon had only book a half day leave, but he got a call from the other manager as he was heading back to work, to let him know that they were almost done. So he got to stay home and join me at the girls assembly in the afternoon.
Hannah's class spoke about the island brochures they had created. And Ruth's class showed their Olympic artwork. 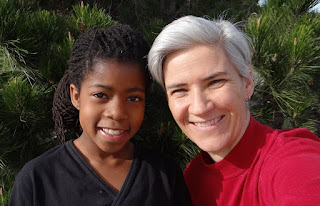 Saturday 20th: Ruth had her ballet exam practice this morning. She did grade 1 last year and has jumped to grade 3 this year. She is also the only girl in her class that is dong the exam. So that makes her a little more nervous. Even though it was just a practice today, she was still quite nervous to start. I know she will do really well and it's nice that she is hoping for (and working towards) getting honours. Just 10 days till exam day now.

Sunday 21st: Thankfully Asher was eating again on Saturday and we were all well enough to go to church today.
Brendon took Hannah up to the park early this afternoon. And then the 3 older girls and I headed off at 4pm for the big "surprise" event that has been on the calendar for months now. Rachel bought tickets for Disney on Ice. I had taken her to watch it 7 years go and had kept it a surprise. She got dressed up all pretty but only found out what we were doing when we arrived. 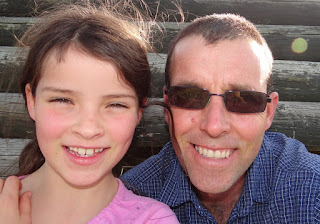 So when she saw it advertised a couple of months back, she wanted to create the same fun memories for Ruth and Hannah. So they only found out when we arrived. The photos will have to go into a post of their own. :-) At least we had a really lovely end to a really hard week.
Posted by Buckland at 10:00 PM