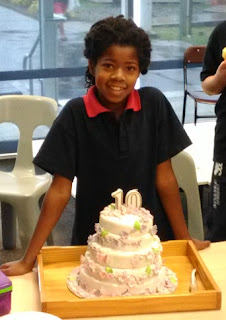 I bought Ruth's cake to school at the start of lunch today so that she could share it with her class. As it was raining out, I had it covered with foil. As I put it down and "uncovered" it - the comments started flowing. They were all very impressed. :-) 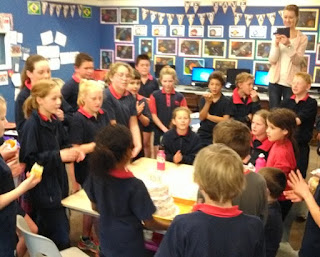 Her class singing Happy Birthday.
I only realised as I got there that I had forgotten my camera - so my phone had to suffice again. 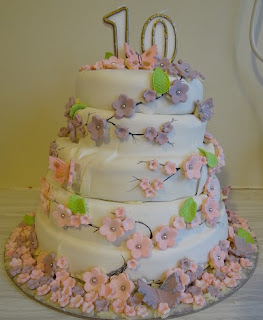 A photo of the cake this morning before I left. 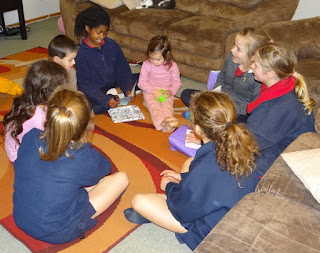 After school I picked my girls up with 3 of Ruth's friends. A forth friend arrived a little later as she came from Culverden (she is a friend from Guides). It didn't take long for the presents to come out. Ruth was so very pleased with all the amazing gifts that she was given. 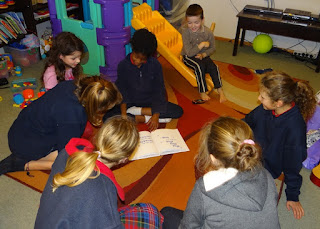 Ruth reading "The book with no pictures." 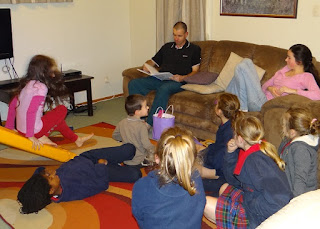 They then convinced Brendon to read it to them. They started off enjoying it. 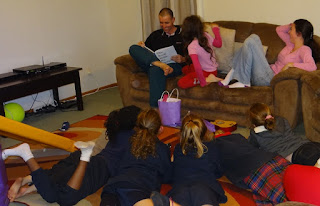 And were eventually so drawn in. He entertained us all so much. He had us all crying with laughter.
We had roast chicken for dinner and the girls had their beds all set up in the container.
At 6:15 Asher had a seizure. It was a vacant one for about 5 minutes as as I was giving her the extra medication it changed into a more Tonic seizure and continued for another 6 minutes. I was busy giving her a 2nd dose of medication when it stopped - after 11 minutes total. 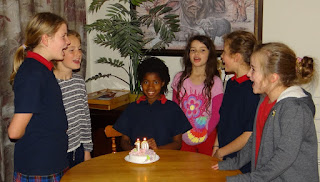 Not nice that she didn't even have a week break since her last one and that it lasted so long. We are grateful she breathed well through it though.
I told the girls they could come into the bedroom (we had put her on our bed) and so they got to watch and we could give them some information and answer any questions that they had.
With Asher having had the extra medication it was really important to get her to sleep. So the girls spent a bit of time chatting in the container and then Brendon called them in for some cake. 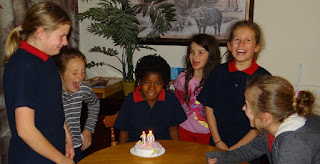 So they sang for her again and had some cake for desert. 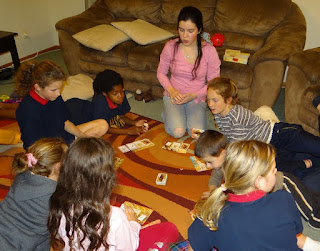 Then Rachel allowed them to have a game of Bang (Bang belongs to Rachel and it doesn't come out much - so this was a real treat). They didn't have too much time to play though as they had a movie planned for the evening. They watched Oz the great and Powerful and enjoyed having foot spas and eating popcorn while they watched. With the stopping to change water in the foot spas, the movie only finished at 10pm. So a much later night than I had anticipated.
Thankfully the chatting and giggling that did continue for a little while wasn't heard by us. :-) 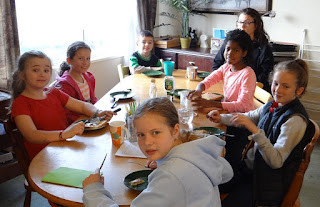 I was impressed that they were up and inside by around 8:30. I thought they may sleep in a lot later. Rachel made them french toast for breakfast and we had an interesting discussion about it with our French guest. I looked it up on google and she recognised the French word for it. She had never had it herself before as it is seen as something for poorer people. They would use old stale bread and then soak it in egg and fry it up in order to not waste it. 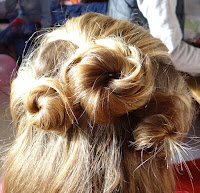 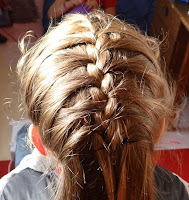 After breakfast the girls had a bit of a spa morning. Rachel helped with doing their hair and Ruth did facial masks with them. They ended up not having enough time to do their nails.

And then some fun photos before they started leaving. They had a great time. 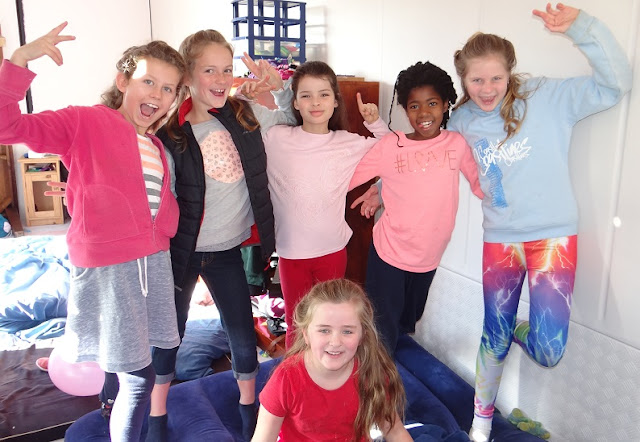