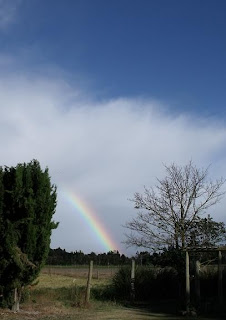 We had a beautiful rainbow to watch this morning. 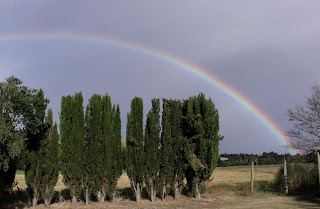 We saw it start with all the blue sky above and then as the clouds came over the entire bow was completed. It was so big that I could not get it all on one photo. It was really lovely and Hannah kept saying "I see a rainbow". 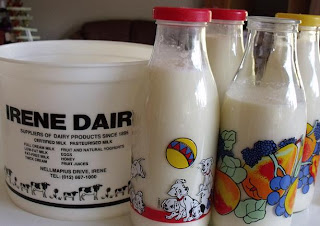 Our first outing this morning was to fetch fresh milk at 8am. Brendon phoned a local dairy farmer (the farm is just a couple of minutes from our home) and he said it was fine for us to get milk from him. We can't legally "buy" fresh milk, but for a donation we will be able to get milk regularly. I don't know why it's taken us so long to finally ask where we can get from but we are all thankful. Especially Rachel who absolutely LOVES fresh milk. It's been a long time since I have been able to use my Irene Dairy Bucket for fresh milk - but I know it's going to be used a lot now. I generally don't ever give the girls milk to drink (as I only ever have pasteurised milk). But with fresh milk I am happy for them to drink it. So I think we are going to be going through LOADS of milk over the next few weeks (especially while it's such a novelty).
Then we got most of our biscuits delivered. Brendon takes enough to the farm for all the people that work there (45 of the packets) and then we drive around and drop in the post boxes of friends in the local townships. As it was raining while we drove around the girls just stayed in the car. But it was fun for them to see where some of the biscuits went. 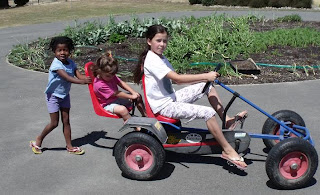 We had been invited to the Sterne's for lunch and ended up staying till 9pm. With it being so light till then we totally lost track of time. Brendon even had to wear his sunglasses on the trip home as it was so bright. We had a wonderful afternoon and evening of fellowship and the girls had so much fun too. 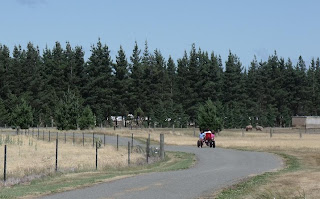 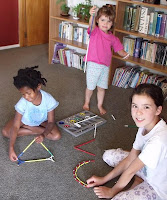 Again I missed getting some special photos. I should have gotten one of Hannah with their daughter Katie. Hannah just enjoyed being with her so much.
Katie had a nap in the afternoon and when she came out Hannah was so excited. She ran to me and then to Dad saying "Katie's awake! Katie's awake". It was so sweet.
I should also have gotten a photo of Brendon and I with Steve and Josie. We had such a good time of fellowship and we thank the Lord for them.
Posted by Buckland at 9:00 PM

Labels: Beauty of Nature, Meals and Food, Our 3 girls