Rachel weeping for her children

"Then Herod sent and slew all the male children who were in Bethlehem and in all it's environs, from two years old and under. Then that which was spoken through Jeremiah (31:15) was fulfilled, saying 'A voice was heard in Ramah, weeping and great mourning, Rachel weeping for her children; and she refused to be comforted, because there were no more." Matthew 2:16-18
The fulfillment of prophecy did not stop at Christ's birth. There were so many details that perfectly fulfilled all that was prophesied so many years before.

Rachel and I headed into town to fetch the mattresses and watch a movie. We also experienced our first ever Boxing Day Sale. Thankfully I had a look on-line at what was available and we also left home by 7:45. We arrived at The Warehouse just after 8:30 and within seconds Rachel had counted 4 people with the TV that we were looking for. So we quickly found then and loaded one up. Within 10 minutes they were all gone. And no wonder. They were marked at 60% off. We know our TV will not last another year (it was over 20 years old when we got it 4 or 5 years ago), so it was the perfect time to get the replacement.

I had been looking at getting the kittens on of these 2nd hand on Trade Me and I managed to get one at the shops today for the same price the 2nd hand ones were going for. They were marked down by 55%. And the kittens love it. Within a couple of hours Brendon had already said "that was a very good buy".

I also got the girls some kick boards.

The main reason was for Rachel to get some practice and strengthen up her legs. 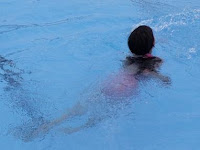 She is getting quite good at doggie paddle, so Brendon and I showed her how to do breaststroke and freestyle. She gave them both a good try but when she got out her legs felt like jelly. She had a really good workout. 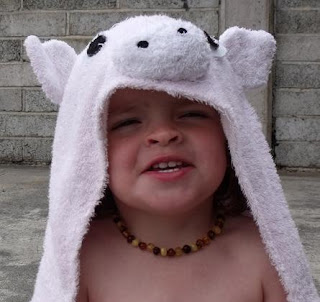 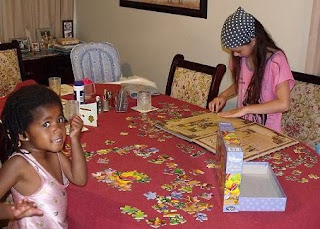 The girls got stuck into their new puzzles. Ruth's is 60 piece and Rachel's are 96. 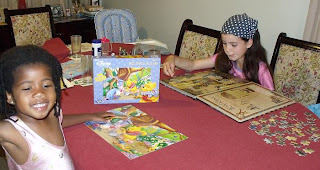 They both did really well. Rachel had to leave a few pieces for the morning though.
Posted by Buckland at 10:20 PM