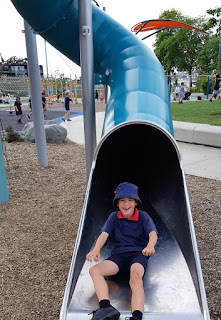 Wednesday 7th: The much anticipated Discovery Trip to town today (the year 1-3 classes). Brendon was one of the parent helps today, so that he could be there for Asher. The teacher aides aren't supposed to have any physical contact with her, so it would be very difficult for them to help her and keep her safe through all the activities today. So this was the easiest solution. It was nice that he was there as he could get some photos for me (of Asher and Hezekiah). All the children traveled into town with different parents, so he was just an extra one in the group.
Hezekiah was very excited about telling me how he went down this VERY high slide. So I was really pleased Brendon managed to get a photo of he coming out.
Well done for being so brave Hezekiah. 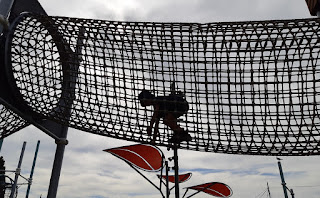 It's a huge playground in town and was their parking spot for the trip. Thankfully they had time to play here before they took the tram. They enjoyed the ride on the tram, but also used it to get to and from the museum - the other main part of their trip. 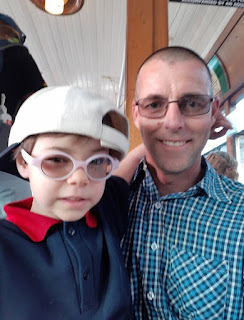 Even though she had already had over an hour in the car, Asher was not very happy at the park and kept asking to go in the car. This was a surprise as the last time we were here she really enjoyed it.
The hope was that she would be happy on the tram, and she was once it started moving (then she realized it was like a car). Brendon had to hold onto her though as they waited to leave as she was very unhappy. Glad it was him and not me, as she is really strong. Once they were moving though, she enjoyed the tram. 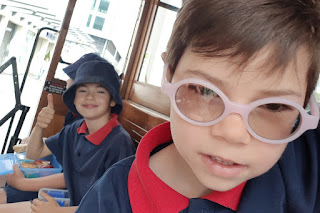 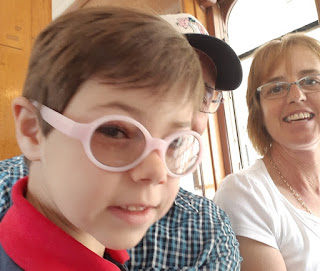 Nice to have photos of Hezekiah and Rachiel too. 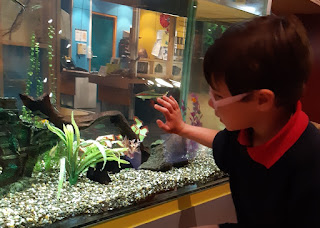 Asher loved the fish at the museum.
As Asher and Hezekiah weren't in the same groups at the museum, Brendon wasn't able to get any photos of him. He came home with lots of fun stories though. What a great time they all had. 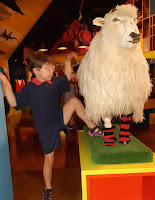 Asher thought the sheep would be good to ride. :-) 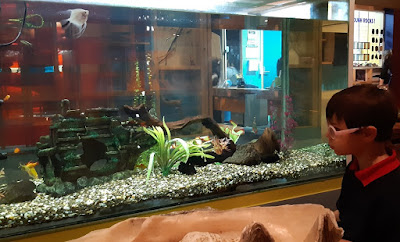 And then back to the fish. 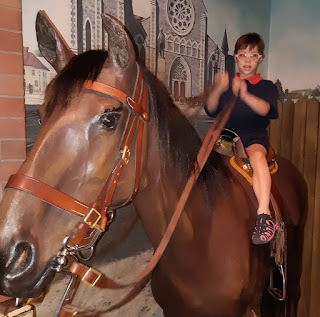 Asher enjoying pretending she was riding on the horse. It was only from the photos today that the rest of my family realized that there is a photo of the Christchurch catedral behind the horse. Hezekiah had spoken about going past what's left of the Cathedral after the quake, and so I mentioned this picture to see what it looked like before. I had a good laugh when I had so many in the family only notice now. :-) It's obviously from me taking and cropping the photos - I generally try to get the whole cathedral in the photo. :-)

Below: A photo of Hezekiah with his group as they waited for Asher's group to finish off inside (Asher was over it by now and just enjoyed being outside in her buggy - watching everyone).
What a lovely day out. 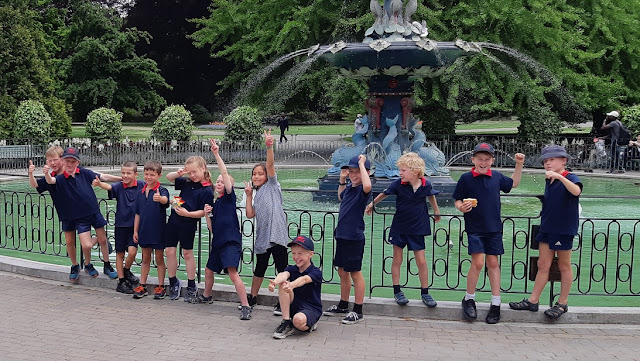 And while they were out today I took this video of Anastasia walking. She is doing so well. 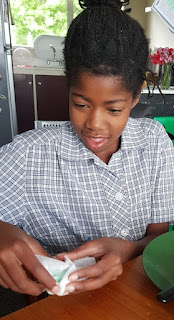 On the way home Brendon stopped in to buy more Frankfurters for Anastasia. There was a bit of a discussion about which ones to buy, as the most expensive are gluten free and then ones a bit cheaper had loads of wheat (meat, water and wheat the main ingredients). We decided to rather go with the most expensive, but then they were totally out of stock.
So I told Brendon he may as well buy the even cheaper ones. I was SO surprised when he got home and I checked the ingredients. Of the 3 types, this one had the highest meat percentage AND they are also gluten free (they use rice flour rather than wheat). So I was so thankful. This is the only thing she is eating at this stage, so it's a real blessing.
RIGHT: Ruth making a new slime with tissue paper. 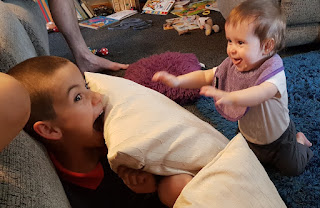 Fun and games this evening. So sweet to watch Anastasia playing with Hezekiah. 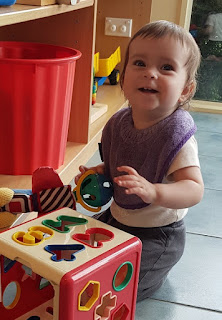 Anastasia had a bad night again and has started with a runny nose. So I decided to just get her throat and ears checked before the weekend. Thankfully there was nothing more serious going on, just a basic cold. 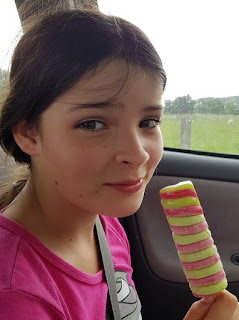 I had Hannah at the doctor too, to get her nose cauterised as she has had a bleeding nose so many times over the last couple of weeks (3 times in one day earlier this week). It ended up only being one vein that was causing all the trouble, so hopefully this will help. And ice lolly treat on the way home for being so brave.
Posted by Buckland at 10:00 PM