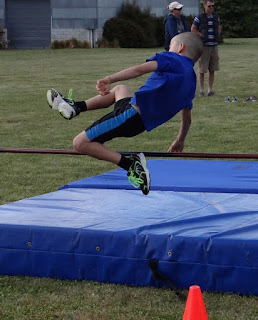 It was great to be able to watch the children with their athletics today.
Hezekiah did really well on his high jump and came 2nd. He was struggling with his stomach being sore a lot today, so he did really well to get everything done despite his pain.
Asher did well in her ball throw, but as I was standing with her and her teacher aide was standing in the place where she needed to throw too, we didn't manage to get a photo. The first throw wasn't great, but then she understood and gave two nice big throws. Thankfully they let the younger children just throw all 3 balls at once - rather than taking turns as they do with discus and javelin with the older children. So that worked well for her, and then she was back in her buggy (her comfort spot). 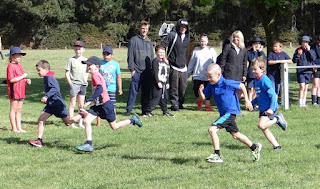 Hezekiah giving it his all in his first race. 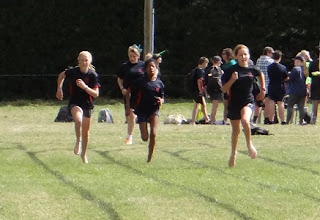 Ruth pushing herself too. She has some fast girls in her class, and they are all quite a bit older. So she does really well with those skinny legs. 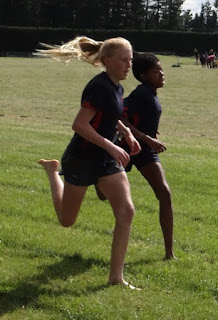 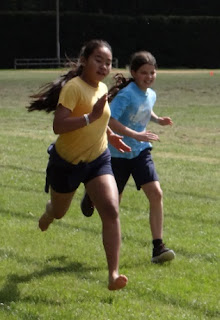 Hannah putting loads of effort in at the end.


BELOW: Ruth in a longer race.
To explain her blue tutu - she is in the blue house and they are allowed to wear house colours. There are always a couple of banana outfits for the yellow house. Ruth has actually said that she wants to go to the cheap shop and get a few more fun blue things to wear for future events. Her tutu is getting a bit boring now. :-) 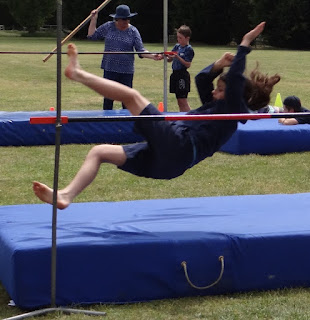 We got to watch Hannah's class with their high jump. Ruth's class had already done their high jump and long jump earlier in the week - so we only got to see her running events today.
Hannah did really well. It always frustrated us that they have to do scissor jumps and not proper high jump style. If they land on their back too many times, they even get disqualified. So I'm always impressed with how well they do. 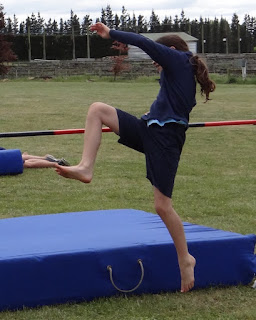 We didn't go over to the school to watch Asher with long jump as we were not even sure if she would do anything but step off the marker into the sand. A friend was there though and she said she did really well. Her teacher aide supporting her so well - and Asher enjoying the sand on her feet as she left the pit.

BELOW: Another race for Hezekiah after lunch. 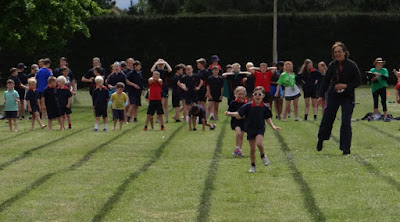 With Asher's first race this morning I ran with her and Brendon was at the finish line, calling her. She did end up walking most of it.
This photo is from her 2nd race. She did so much better. She skipped all the way down to us, with Rachiel just following behind (she had to hold her at the start until it was time to go). 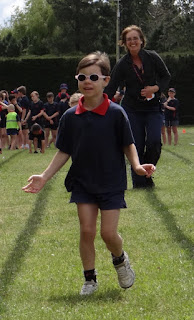 It was great to see her understanding a bit more of what was going on. They have practiced over the last few weeks, but it's totally different on the day with all the other classes there and all the spectators. I had wished I had taken a video as it was so sweet. I didn't even know she could skip. 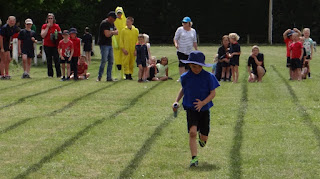 And then it was time for the inter-house relay.
A nice one of Hezekiah and then the video below of Asher. She was happy to have one of the older girls help show her which way to run. She actually ran this time too. Dad was at the finish line, trying to keep her understanding where to go. She did really well with how loud it was with this race and that there were just so many people around.
It was a lovely day and we were so pleased we could be there to support them all. 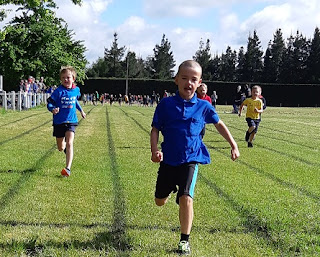 I just found some more photos on Brendon's phone. So here are a couple more from the day.

Great effort Hezekiah.
Easier without the hat this time. 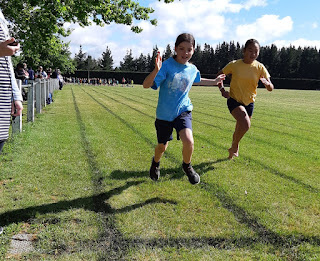 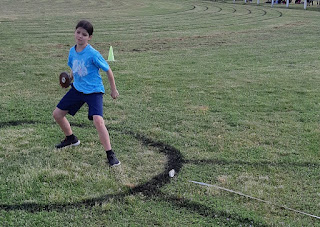 Hannah did well with her discus. 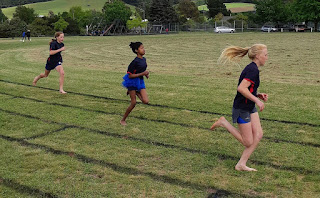 A lovely one of these older girls.
Posted by Buckland at 10:00 PM