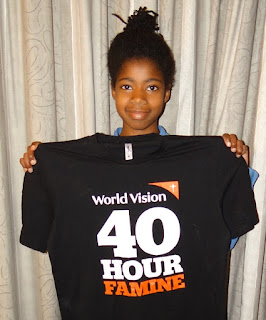 Anastasia slept a bit later than normal today and so I had to feed her before heading to assembly. So I was a bit late. Unfortunately I missed the 40 hour famine certificates. Ruth was the highest fundraiser for the school this year - raising an amazing $527.

She is very passionate about raising money for World Vision, so was very pleased. She was thanked for her contribution with this T-Shirt.
Well done Ruth. 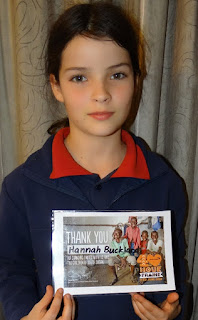 Hannah did really well too. She raised $155 and this was her first year.
Well done Hannah.
And a big thanks to our church, Highway Church Amberley for their generous contributions to both girls. 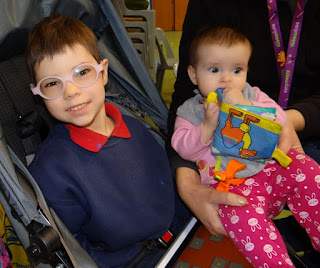 Asher's teacher aide, Rachiel, held Anastasia for me so that I could take photos. It was nice that she was happy to sit with her.
Asher kept saying "cheese" with seeing the camera, so I took a photo of her to show her and that kept her a bit more quiet. 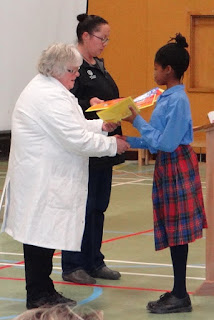 Ruth received a Highly Commended for her science project. Well done Ruth.
She was in the top 5 in her class and so her project is displayed in the library. I will have to still get up there to read through it and take a photo. 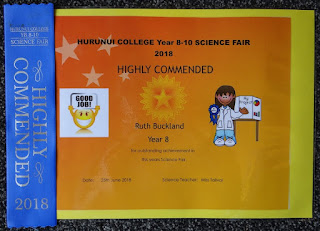 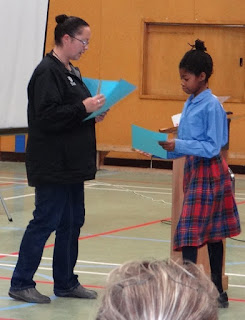 She also received a certificate for participating in the chess competition. It is quite a challenge to put yourself out there - especially against other schools who have very strong teams who have been playing competitively for years. So a great effort to give it a go. 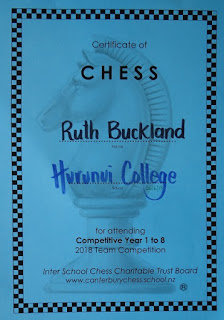 Then the children that performed at the CASA Kapa Haka did their songs for us all. Ruth and Hannah both a pat of this - and Hezekiah hops to join in next year.

I especially love this part and how the children in the back change places so seamlessly. It is very effective. Well done to them all.
Posted by Buckland at 3:00 PM