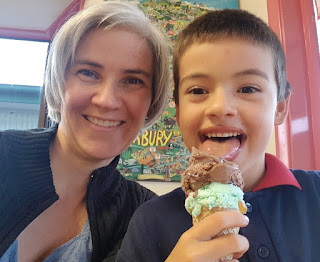 Wed 13th: Hezekiah had a little accident at school today. It was good to get all the info from the school before we picked him up. A nasty cut, but thankfully not deep and so hardly any bleeding. 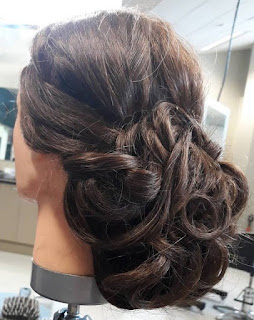 Thursday 14th: Off to the tea rooms for a treat this afternoon (and to collect eggs). Never too cold for ice cream. :-) 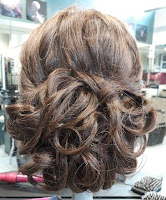 Friday 15th: Rachel headed into town on Thursday afternoon for a work shift at the air force museum. They had said they needed extra staff and as she had her hair dressing course in town in the morning, it was a good double use of travel as she could stay with a friend in town overnight. This was a nice change too as it was serving canapés at a special function. Nice to do something a bit more fancy than just cashier work as she does at the rugby games. 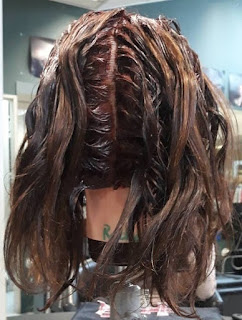 She got time to practice some "hair ups" today. The bride for February has an idea of how she wants the bride's maids hair to be - and this is what Rachel was working on. She also got to do some colouring - learning how to colour regrowth (thus only colour at the base of the hair).
Then she worked at a rugby game this evening. She stayed over in town again and then did her Café work in Amberley on the way home. So really the one return trip to town had 4 activities included. A good use of the petrol this time. Rachel is saving up to buy herself a laptop - so she is thankful for the extra shifts she has been able to pick up, especially these last few weeks when she is already in town for the hair dressing course. It was her last day today, so now she will have to try and get some longer shifts so that it can make it worth the travel expense.
BELOW: A day late with the monthly photos, but at least we have the 7 month photos. Even though not putting on much weight, she is still very similar to what Hannah was, although a little bit taller. 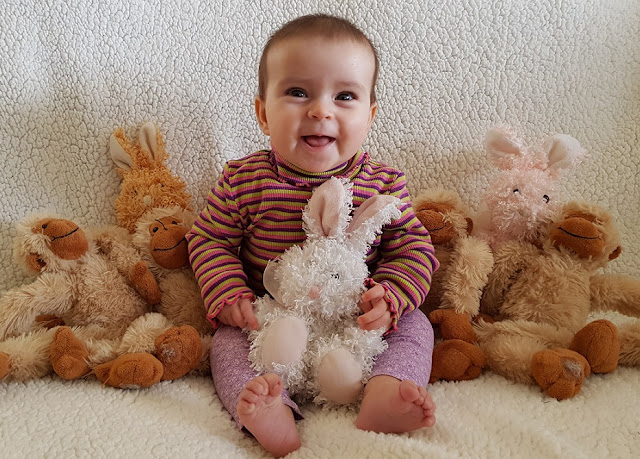 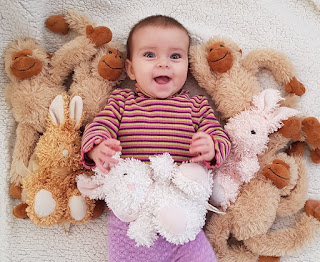 Saturday 16th: Ruth back from her netball and getting Asher to do some netball practice while Dad does the BBQ. We were all amazed as Asher even got one in. :-) 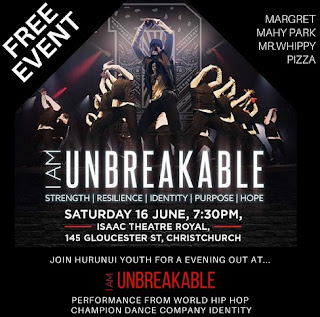 Rachel was only home for a couple of hours this afternoon and then Ruth and her headed out at 5 to an event that I had signed them up to with the Hurunui Youth. This was what the write up said:
I AM UNBREAKABLE is about positive messages being communicated through multi-media, real time social media engagement, talk show text in panel, and an all-star line-up which includes world hip hop champion dance company - Identity Dance Company and top New Zealand artists Nathan Phillips, Marley Sola, Jason Aileone and Grace Ikenasio.
We are bring you to this event FREE and throwing in Pizza, Mr Whippy and the Margaret Mahy Park!!! 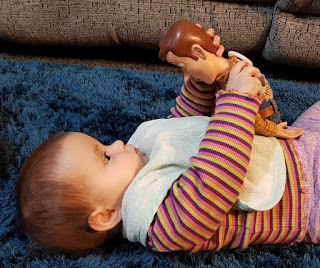 The Identity Dance Company made a huge impression on both girls. Rachel was especially reminded how powerful dance can be. She really enjoyed how they had used dance to communicate such a good and clear message. They ended later than expected and had a lot of fog on the trip back, so the bus was even later than expected. Thankfully another mother had offered to drop them off at home so that I didn't need to stay up for them. I heard them arrive at midnight, and so could sleep soundly after that. I'm glad they could enjoy the event together.
RIGHT: Anastasia is really enjoying playing with Hezekiah's Woody. 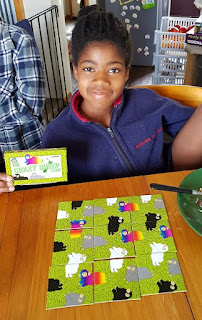 Sunday 17th: Today Ruth managed to complete this fun puzzle game I got in Greymouth.
Tuesday 19th: Ruth and Hannah attended the CASA Kapa Haka in Rangiora today with a bus load of children from Hurunui College. They were especially excited about looking out for a friend from church who works at the school in Rangiora.
Hannah was especially excited about telling me about their lunch when they got back. Hezekiah had started off in the group with practices, but pulled out a month ago. He is keen to put more effort in to practices next year to join the girls. 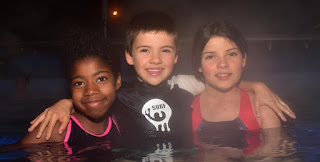 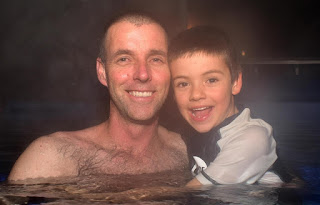 Local residents and ratepayers were invited to Hanmer Pools for free entry and nibbles this evening. I suggested Brendon take the 3 children up. Rachel had St John, so she couldn't join them. I'm glad they could have a special fun outing together. 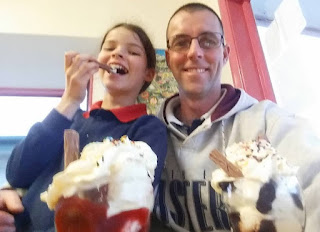 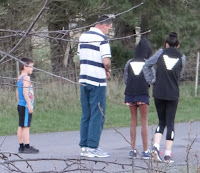 Thursday 21st: The first practice run with all 4 of them. 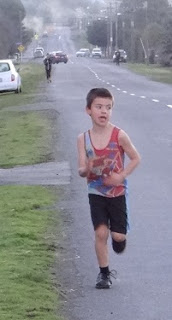 Brendon ran out front with Ruth and they did the block in 6 min 30. Hezekiah did really well and came in under 8 minutes. It was really cold out, so Rachel struggled with her chest right from the start. We also realized she needs to get some decent running shoes if she wants to get fit with them. 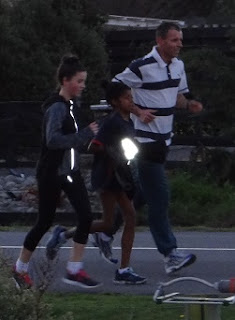 Brendon and Ruth encouraging Rachel through her last stretch. I think it's a bit of a shock for her as to how much fitness she has lost from not doing ballet this year. She has been doing ballet for 10 years, so it's quite a change.
It's not the nicest time of year to start, but I'm sure she will quickly get her fitness back if they can keep up the habit and get out regularly. 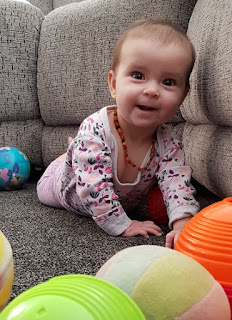 Anastasia is getting nice and strong. Look how high she has lifted herself up. It won't be too long before she is crawling around the place. 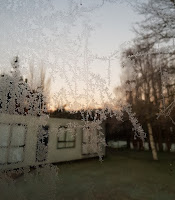 Friday 22nd: Our first really frosty morning this winter. The frost on the glass at the back door is always so beautiful.
Brendon and I were out this afternoon and just before we got back around 6pm, Asher had a seizure. Thankfully it was only 45 seconds and Brendon could help carry her to bed for a sleep. Her last seizure was on Monday the 11th when we were away. The school didn't call me as there was nothing we could do. Thankfully it was only 1 min 20 seconds and I was glad it wasn't that night while Rachel was watching her. It was nice that she had a good break again. That's only the 4th one so far this month. 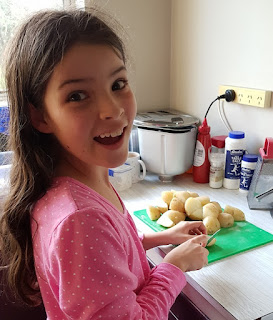 Saturday 23rd: Rachel had a very long day today. She left just after 9am for her café work in Amberley and then headed into town for a big ball that v-base where hosting at the Horncastle Arena. There were over 800 guests to a 3 course meal. She started at 4pm and only finished at 2am. Again we are so thankful for families in town who have her over to stay after these late shifts.
In an attempt to see if we can get more control over Brendon's migraines, we have stopped our traditional "fish and chips" on Sunday after church. So our new tradition is a BBQ on Saturday where we cook up enough meat and potatoes for both days. Then it's all ready to eat when we get home from church. Hannah was pleased when I asked her to cut up the potatoes for the salad this afternoon.
She is not mad about the onion that we put in, but enjoys it so much that she has managed to get used to the onion.

We all had a good laugh a couple of weeks back when I made potato salad for the first time. Ruth tasted it and said "wow - it tastes like real potato salad". She has only ever tasted it when a bit has been bought, ready made, for some trip. I don't think I have ever made it. It's hard when Brendon's mom made it so well and I just didn't really know how to duplicate it. Well, I've finally figured it out.
Rachel was a key in helping me the first time as I asked her to put the potatoes on to boil. She cut them in really big pieces. I was surprised, but then realized it was the perfect way to cook them. Cutting them into the smaller pieces once cooked.  Finally the puzzle in my mind was solved. And we have a great mayonnaise that we buy (a bit more expensive with real egg - but really tasty) and so I am finally happy with being able to duplicate Nana's potato salad. It has become a family favourite except for Hezekiah who doesn't eat mayonnaise at all. Thankfully he is more than happy with the boiled potatoes - just like that. 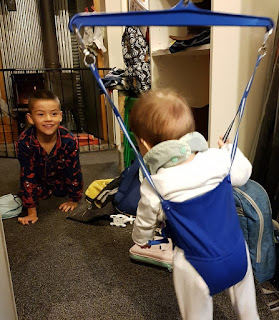 Sunday 24th: Brendon preaches on the last Sunday of every month and it's always a bit harder for me as Asher doesn't always listen to the older girls. So today I asked her one teacher aide if she could spend the morning with her. So she had a fun morning and I had a stress free one, able to listen to his sermon (last month I ended up in the car with the two little ones).
Monday 25th: Seizure number 5 for this month this morning. Thankfully only 1 and a half minutes, so that was good.
After bible study this evening the children were excited about getting Anastasia into the Jolly Jumper. The study had finished a bit earlier than normal, but Asher must have heard when the prayer started at the end and just decided it was time to leave. So there was still a bit of time before the others had to get to bed, so they got to enjoy watching Anastasia in the Jolly Jumper for the first time. She does love kicking her legs, so I think one she gets the hang of it she is going to have a ball.
Posted by Buckland at 10:00 PM