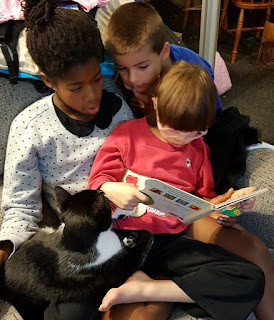 Thursday 17th: Such a sweet picture. Special to have Asher allow Anakin to lie on her lap. 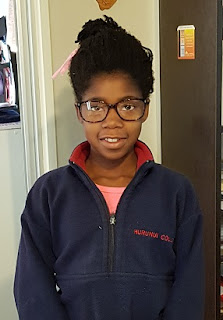 Friday 18th: Ruth's new glasses arrive today. They do look a bit big from the front, but they do actually look really nice on her. She has a very sophisticated look when she has them on. :-) Hopefully no more tired eyes now.

It was pink shirt day today and so the children were encouraged to wear a pink shirt in support of "anti bullying". Hezekiah was not that excited about wearing one of Hannah's pink tops, and neither was I. But I explained why it was happening and what he was telling everyone by wearing it (even if he didn't like it) and so he got really positive about it. I even got used to it by the end of the day. :-) 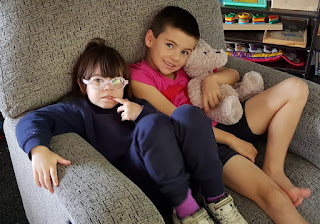 Enjoying some close time this afternoon. Asher really does like sitting with people, so it's nice she has so many to keep her company. 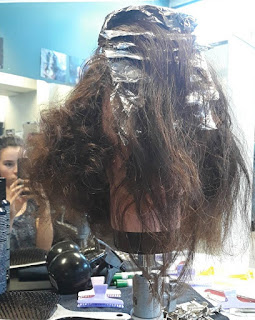 I asked Rachel to take a photo today of something at her hair dressing course. They did some practicing on putting foils on today. 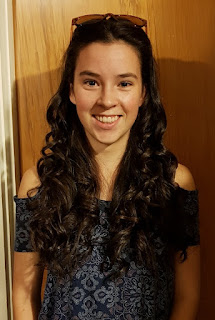 They also get to work on each other's hair. Rachel straightened one of the girls hair, and in return she gave Rachel some lovely curls. They look so nice. 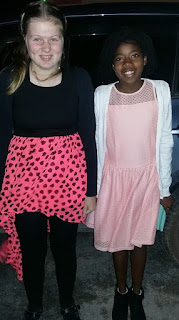 This evening Ruth headed off to the Junior Formal. We are thankful to a friend for lending her a dress for the night. When we arrived for the bus I mentioned getting a photo and she said "no - that's embarrassing". Well, her friend said the same thing to her mum. 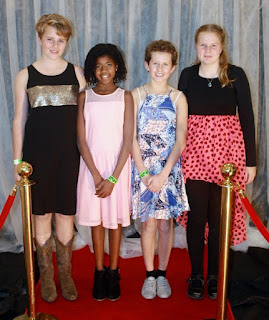 Ruth ended up getting into their car as the bus was late, and her mum got this photo of the two of them before they left. At least it's not just me enjoying getting photos of their special events. :-)
This was one of the many photos taken on the night. A special one with her friends. 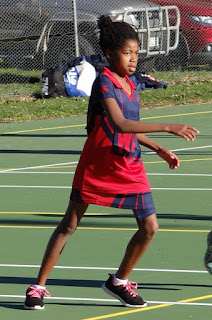 Saturday 19th: Ruth keeps asking when we will be able to watch her playing netball, so as Brendon wasn't working today I asked him if he would take her.
He got these lovely photos of her. On reflection a couple of weeks later I realized how good this camera really is - much better than the camera on my phone. So although really convenient using my phone, I know that when things are a bit further away - I need to use my proper camera. 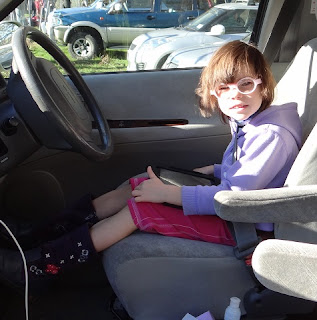 My request was also that he take Asher with, hoping that she would be happy to just sit in her buggy. Unfortunately she started crying as soon as they arrived and would just not leave the car. So she ended up just sitting in the car with the iPad the whole game. Brendon managed to take those photos through the fence as he had thankfully parked right where they were playing. So I was pleased he did at least get to watch her play. 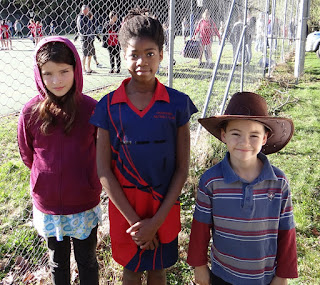 Hannah and Hezekiah had decided that they wanted to go with too, so it was a nice morning out for them, and good to give Ruth the support. It's hard that we can't be there every week to watch her, but when she signed up she knew that it would not be practical for us to attend often. So I'm glad we could make the effort and get some of us there to watch her. 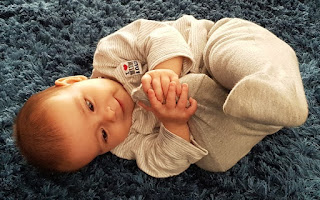 Anastasia has found her feet. 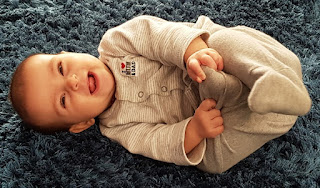 It's been so wet lately that Rachel has not gotten to plant her bulbs as early as she had hoped. She managed to get out there today though and I'm sure it's going to look amazing when they all come up.

Making the most of the sunny weather and almost dry ground and getting the grass cut. The children were a great help in collected piles and piles of branches that have fallen off the huge willow tree.7 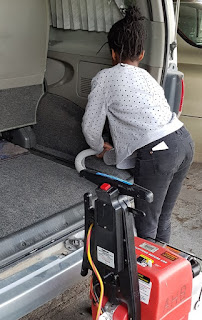 Sunday 20th: We had the horrible experience of having a mouse try and make our car it's home. It tried to make a nest in the glove box and left our car stinking so terribly. Brendon took care of the mouse - he ended up catching 3 mice in the garage, 3 days in a row (he found the perfect spot for the trap). The stink however - was not taken care of - no matter how many times the glove box was cleaned. We realized it was probably all the carpets that were stinking - so finally decided to just hire the rug doctor machine and give the car's carpets and chairs a good wash. Ruth enjoyed seeing how it worked and help Brendon get it all done. What a relief to finally have that smell gone. 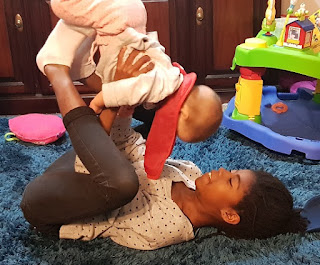 Ruth having a play session with Anastasia. She always comes up with the most unique games. :-) 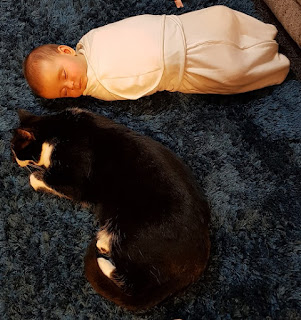 Monday 21st: Anastasia enjoying a nap next to Anakin this morning. 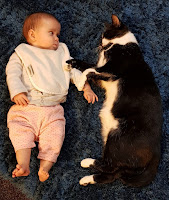 When she woke up I just moved her next to him and she loved watching him.
He is such a big cat. At this stage still bigger than Anastasia. 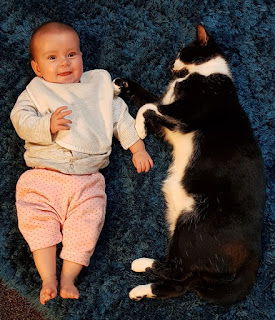 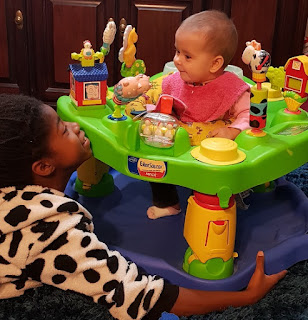 Tuesday 22nd: Another fun game. This time peek-a-boo. Ruth gets Anastasia to move around and look for her in different areas. 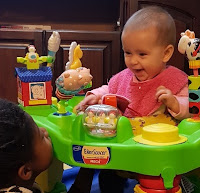