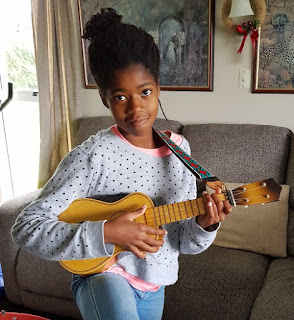 Sunday 13th: Hezekiah has been learning to play the ukulele at school recently and got our one out to practice today. I was concerned that it wasn't in tune, and so Ruth said she would tune it for him. I asked her how she knew how to tune it (I know she can tune a guitar by ear - but I also know that the strings are very different on the ukulele). She said she has heard them before, so knows what it needs to sound like. So she tuned it up for him and then she figured out some chords. Very soon she came to say that she can play any song with just three chords. She gave us the challenge to give us any song. I thought of a tricky one I play on the piano that has some strange chords, and within a minute she gave me a starting note and accompanied me. It was amazing to watch. No one was able to mention a song that she could not accompany us with. Such raw talent. And just beautiful to watch. 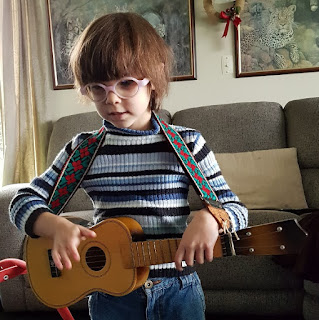 Ruth got Asher strumming a bit too. Asher does love music, so it's nice having an instrument that fits her. She just needs to learn to be gentle with the strumming as she can be a bit rough still. 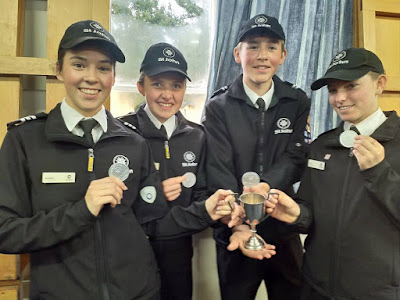 Rachel was finally home this afternoon after her St John Competition Camp. Her drill team got first place and so they will be going to the Regional Competitions later in the year. She was so pleased.

At 8:45pm Asher had a 1 minute Tonic Clonic. She was really restless for at least 20 minutes afterwards. It's always so hard when she feels so terrible and there is nothing we can do to help her feel better. It's always such a relief when the pain / discomfort settles and she can get to sleep. 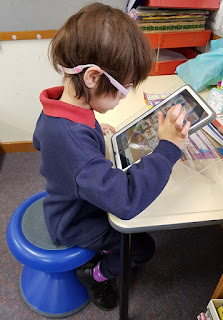 Monday 14th: The school have used some of Asher's funding money to buy her a stand for her iPad. This helps her to sit nicely at the table when using it (as she used to crouch over it as there was such a glare). She has also taken to the "wobbly" chairs in the class. She can wiggle herself around while she works which seems to be a great help for her. 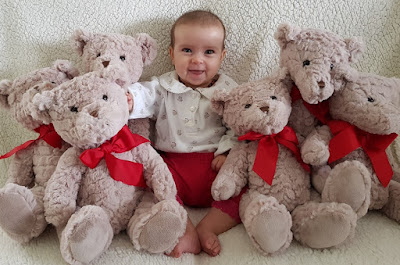 And just like that this little girl is 6 months old. 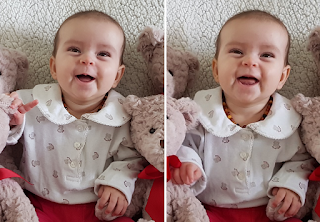 Such a happy little girl. Her second name is Joy and she is living up to it. She is so joyful herself and bring so much joy to the family. 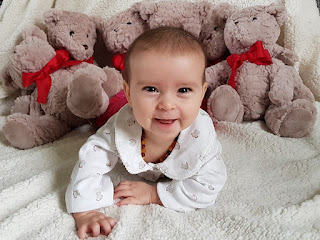 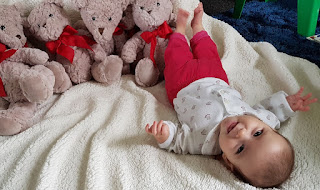 And very good at rolling from her tummy onto her back now. She can get onto her tummy, but doesn't do it all that much yet. 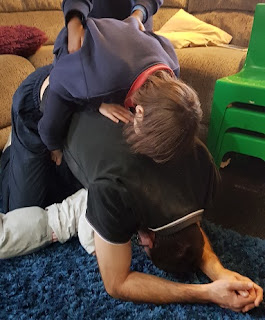 She had gotten herself onto her tummy here and was moaning a bit - so Brendon went to "chat" to her. Asher decided this was a perfect time to hop on Dad's back.

Anastasia has started enjoying making some lovely noises. She so enjoyed "talking" to us this evening and it had everyone laughing and having fun with her.

It was tricky to get a good video of it - and we only just got a tiny bit at the start of this one. At the end though, you see her lovely response when I call her. Without fail I will call her and her face will just light up. 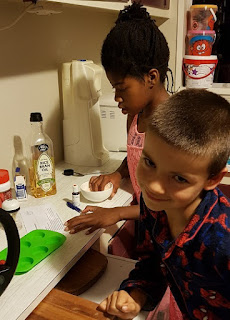 Ruth's guide project this evening was to make bath bombs. She found these citrus moulds and so made some orange smelling ones. They do smell lovely. Good job Ruth. 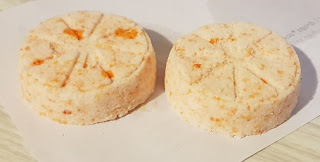 Unfortunately Asher had another seizure at 9pm this evening and was again restless for at least 20 minutes. And then at 10:30pm she woke up and was very unhappy. There was a lot of neurological activity (even though not a "normal" seizure) and so we gave her a dose of Midazolam to stop it. Thankfully it worked quickly and she could say "hi" and then get back to sleep. 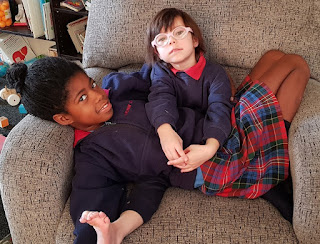 Tuesday 15th: I'm concerned Asher's UTI has not cleared, so I got another sample to the doctor's today. Unfortunately there was a mix up in the results and they told me on Wednesday that it was clear. On Friday I heard that it had not actually been clear, but thankfully by Friday she was finally feeling better.
These photo was on Tuesday - having a rest with Ruth after school. She obviously wanted some extra physical contact today and so Ruth was a great big sister in giving her the cuddles she needed.
She unfortunately had a really bad few nights. This evening it started at Bible Study with her having a bit of an episode. 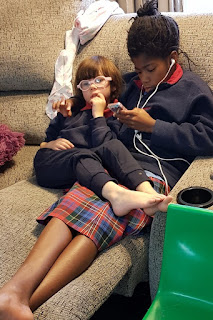 When Asher had this strange neurological activity I could see that she was not great and would say "are you alright". This has become her way of communicating when she feels that way (she says "alright?" when clearly she is NOT alright) . It's not a logical thing for her to be saying, so after disusing things on the way home from Bible Study we decided to try and teach her to say "feel bad" when this happens. Unfortunately she had these "bad" feelings again at 9:30 and 10:30 on Tuesday evening. It was so bad at 10:30 that I had the Midazolam drawn up and ready to give her, but it thankfully stopped.

On Wednesday night her "bad" feeling happened at 8:30 and we again had to give Midazolam to stop it. Her appetite has also been really low this week, so it's been hard to see her struggling.
On a positive note, she is learning quickly and even said "bad" on one of these occasions. Not "feel bad" but just bad, over and over. At least she is telling us accurately how she is feeling. 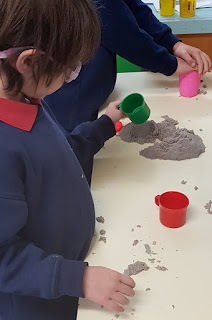 Wednesday 16th: Hannah headed off on a school camp today. She has been so excited and counting down the days. They will be back on Friday afternoon. 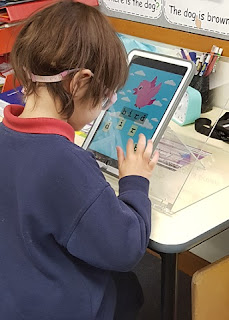 On Wednesdays the teacher aides all have a meeting first thing in the morning, and so I stay with Asher till they are done. It was really great to see her enjoying the kinaesthetic sand (have you felt it before - it's wonderful to play with).
RIGHT: A fun app that Asher has at school. It's a bit like a puzzle for her, but she will slowly learn about letters this way. 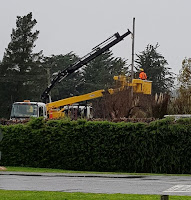 There was a planned power out today as they upgraded a lot of power poles around us. 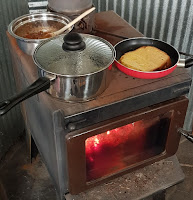 Thankfully we did know about it, so we had made plans for Dad to BBQ when he got home. Rachel and I used the wood burner to heat / cook our lunch. It was not the best day for the work or a BBQ, as it rained solidly the entire day. 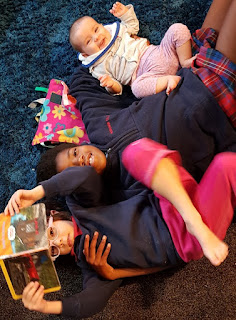 Ruth playing with her two little sisters. Quite a few children in Ruth's class will be going to boarding school next year. We have chatted about what some of the advantages and disadvantages would be (just in theory - as the cost makes it not even an option to consider). One huge reason I don't think Ruth would enjoy it is that she would miss these two too much. Ruth is so good with little children and enjoys them so much. She has a special relationship with both of them. 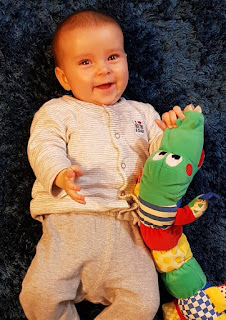 Anastasia has really been enjoying this crocodile that she was given. 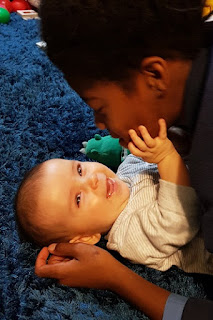 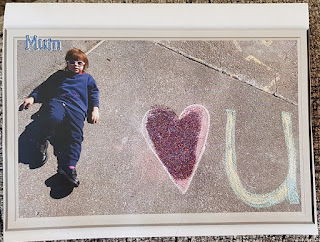 And I forgot to put a photo on of the lovely card Asher "made" for me for mothers day. What a clever idea.
Posted by Buckland at 10:00 PM