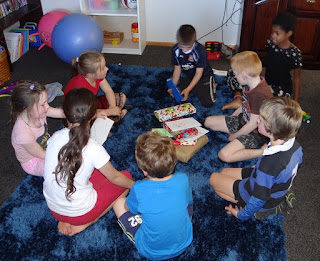 Hezekiah invited over a dozen children to come and play today, but as it's the school holidays many could not come. Having just 5 friends come was enough though and they had a great time together.
Having fun opening presents. Thank you so much to the friends for this. 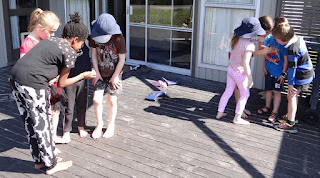 Ruth had decided that she wanted to do some party games. So she planned a treasure hunt. She helped the one team while Hannah helped the other one. 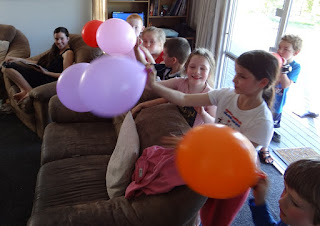 Ruth bought the party poppers and balloons as the "treasure" at the end and then they had fund doing some balloon racing across the lounge. 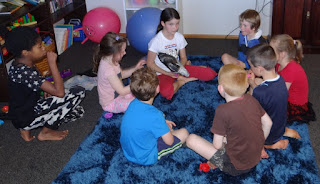 Ruth had a pass-the-parcel organized too. 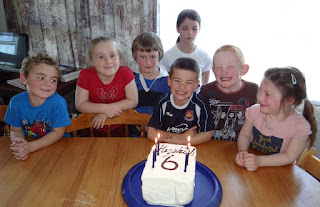 I bought a bit block of ice cream so that we could have an "instant cake" today too. Nice to have candles again and sing for him again.

Wonderfully Brendon took the day off work so that he could help (specifically with Asher). We were also hoping he would read "The book without pictures" for them - which he agreed to do. It's always such a highlight for the children and it's SO much fun listening to (and watching) him read. 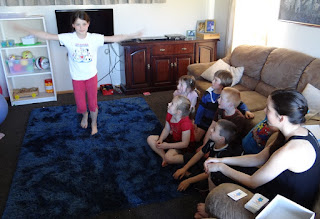 Kids charades was enjoyed. Rachel and Ruth were great helpers in getting this working.
A fun filled afternoon.
Posted by Buckland at 10:00 PM