Walks, games and a dusting of snow

Saturday 9th: There was a bit of talk of the possibility of snow over the weekend, so Brendon asked the children to go and collect all their toys in the garden. Once they had finished they got going on their own game.

I saw them with plants and creating things but found out later that it was a " Mini Masterchef" competition. :-) 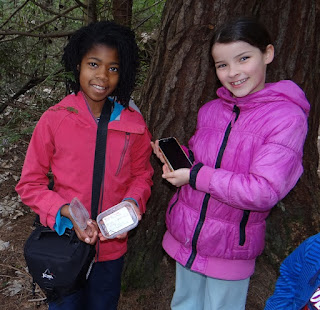 Not knowing how wet the afternoon would be, Brendon took the 4 younger children for another walk.
This time they had success with finding the geocache they were after. 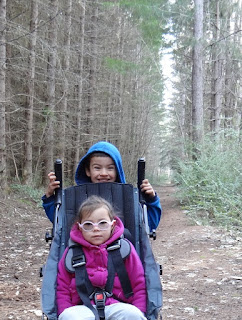 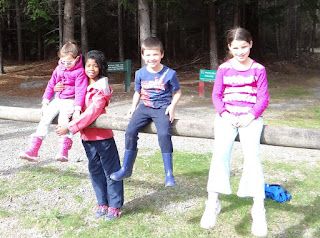 Asher enjoyed getting out with them.
While they were out, I was treated to a facial and a back massage. I had organized for Brendon to have a back massage on Monday afternoon, and it was so good that he then suggested I get a session too. We got a discount for being "locals" (living in the Hurunui District) and were treated to longer sessions that planed. It was a real treat for us both. 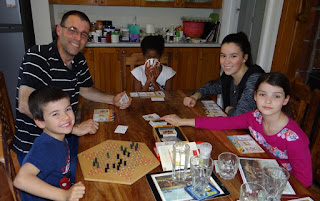 Just after 1pm Asher had another seizure, so I was glad she got to go out this morning.
This afternoon there was finally a game of "Bang" played. Hezekiah wanted to play Chinese Checkers with Dad, so Dad played both games at once (which I watched Asher). There was so much laughing and fun. Special times. 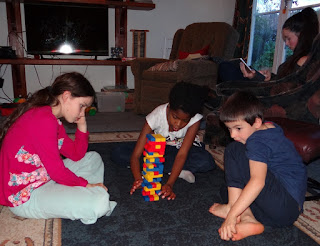 This evening Jenga got brought out. With the cold and wet weather we have had this week I am especially glad we had a big box of games with us. 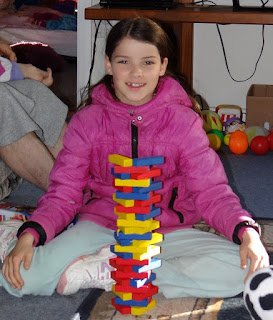 Sunday 10th: Ruth and Hannah played with the blocks a bit more this morning. 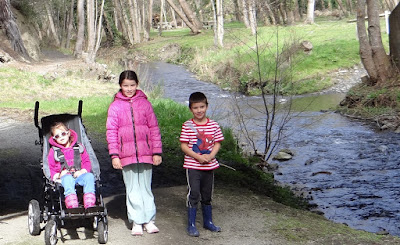 Although we only got a bit of rain yesterday, there is talk about a cold front bring rain (and possibly snow) this afternoon, so Brendon headed out for a walk again this morning while it was sunny. This time he only had the youngest 3.
Brendon again took them to a different section of the dog walks. 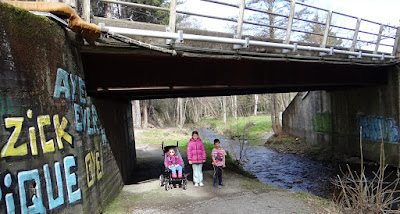 They especially liked going under the bridge. 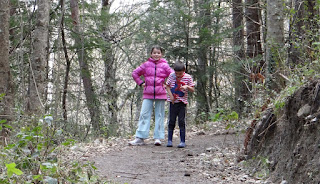 So nice that the paths are buggy friendly. 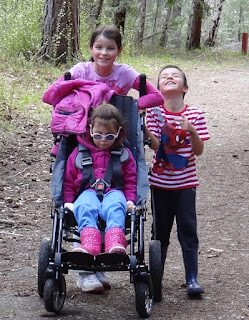 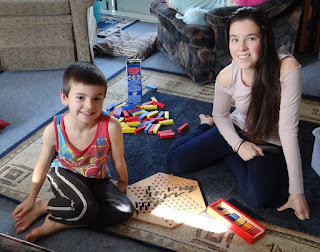 Asher had another seizure at 1 today. She had over 2 hours sleep but when she woke up she didn't look great at all. She hardly spoke the rest of the day too.
Hezekiah was on the search for someone to play Chinese Checkers this afternoon and Rachel offered.
Ruth was very busy today with her hair. She managed to get 7 undone. That makes the total 25 this week. She has done so well. I had 15 to braid after her shower this afternoon. There are hardly any left to be done now (we only found 2 when we had a look). 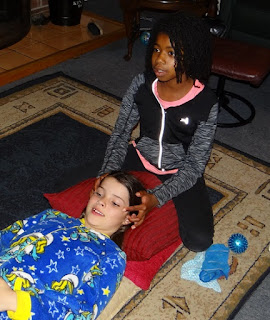 The thunderstorm finally arrived this afternoon and there was a bit of snow amongst all the rain. It was beautiful to see the mountain behind the house with it's dusting once the storm had passed.

This evening Ruth asked Hannah if she would do her dishes for her, and then Ruth would give her a "facial". :-)

We have had a special time in Hanmer Springs these last 10 days. Tomorrow morning will be time to pack up and head back home. The carpets are going in tomorrow and so we plan to only get back after lunch. The school children will go home with friends in the afternoon so that Brendon and Rachel have Tuesday to move things back into the house.
Posted by Buckland at 9:00 PM