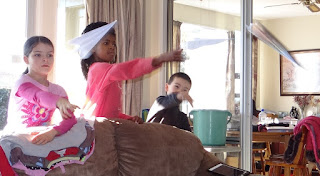 Saturday 5th: Ruth got them making paper planes this morning. They had fun seeing whose would fly the furthest. Some good flying happened. 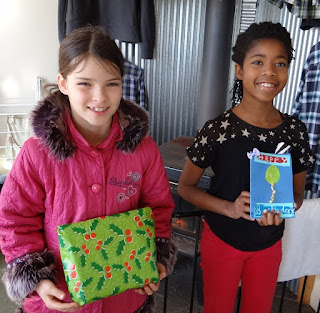 Hannah and Ruth off to a birthday party this morning. They both really enjoyed making the birthday cards. It's always fun to see what creative things they will come up with. 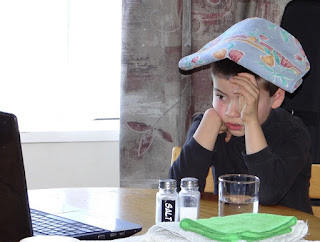 While the girls were out, Hezekiah watched "Home Alone". We had been lent it by a friend and the girls had wanted to watch it in the evenings while we do Ruth's hair. Hezekiah goes to bed an hour before them, so he had missed watching it. Brendon and I had so much fun watching Hezekiah's expressions. Eventually he looked at us (I think to judge how he should react) and as we smiled and laughed about the things, he realized it was not meant to be scary. Rachel had the same reaction I have to the movies though, and she now understands why I never taped it for the family to watch. It comes on TV every year around Christmas and Ruth has asked that we tape it before - but there is just that something that I don't enjoy about it. And Rachel fully agreed. 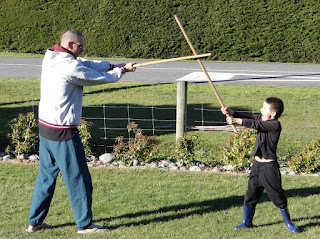 She said it won't be watched in her house. :-) The others all thought it was loads of fun though.

Hezekiah has been asking Dad to do some "practice" with him, so they headed out for some fun this afternoon. 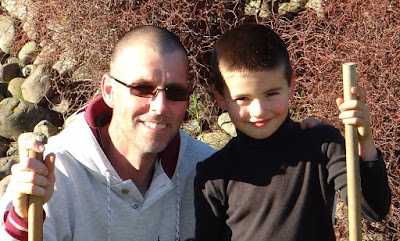 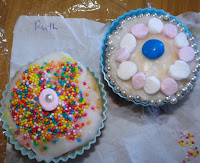 Ruth's creations from the party that they went to. I made a batch of GF cupcakes for them to take with (as they would be decorating cupcakes at the party). The batch ended up a bit bigger than I expected though, so we have a few extra cupcakes in the freezer for lunches in the weeks ahead. 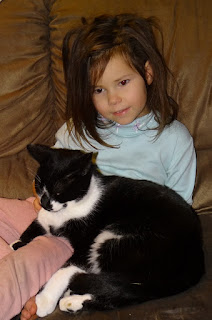 Such scruffy hair as she often pulls her elastic out.
It was sweet to see Anakin happy to have a bit of a cuddle with her today. 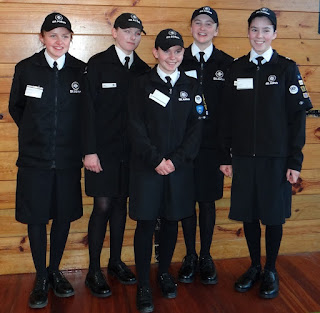 Sunday 6th: At 11:30, just before church ended, Asher had a 1 min TC. Thankfully she fell asleep quickly so Brendon could sit with her on his lap through the rest of the service.

We went to church in two cars today so that I could head off to fetch Rachel after the service. I quickly joined in when this photo was taken of some of the girls from their division in the Competitions. 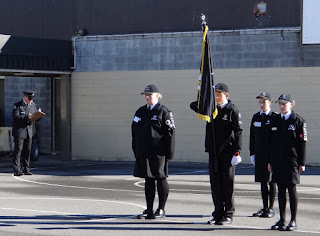 I was also pleased to be early enough to watch Rachel during their Colour Party exercise. 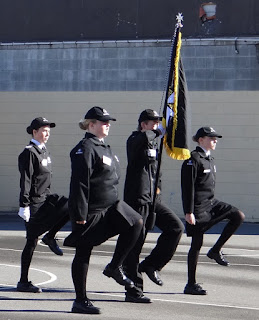 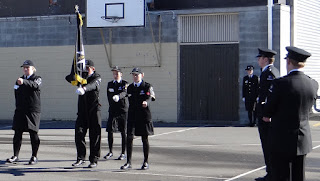 Although they didn't place - I thought they did an outstanding job. 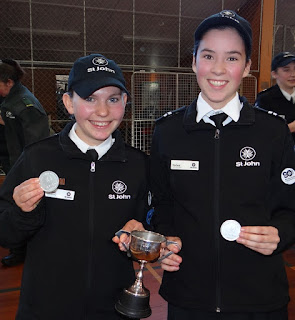 These two did come first in their Drill assessment though - well done girls.

Not loads of medals for Rachel this year - but she had a great time. And that's what counts. She is really looking forward to having her restricted license next year as that will mean she can get to all the practices for Competitions. Which will be a great help.

Just as we arrived home Asher was having another seizure. 1 1/2 min TC with a minute of violent jerking afterwards. So a rough day for her. And a rough start to the month. That's 5 seizures in the first 6 days.
Posted by Buckland at 10:00 PM