A Clean up, a hair cut and some exams 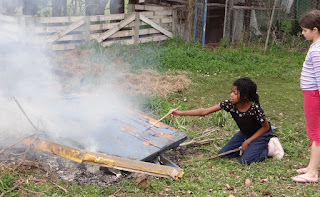 Saturday 26th: Always good when Brendon can get some jobs done over the weekend. Ruth was very pleased when he said he had some stuff to burn. She was happy to keep an eye on it while he got some other things done. 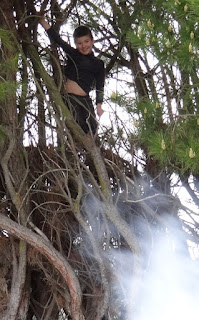 Hezekiah loves the tree line above the wood stacks. He was up there again with Anakin today. 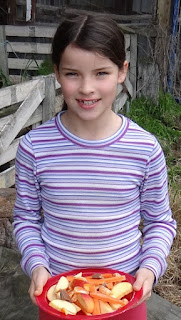 Hannah and Hezekiah really wanted a picnic today, so Hannah got some snacks sorted for them. 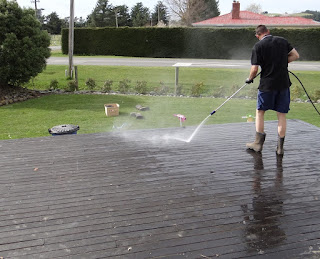 It was also so good to finally get the deck cleaned off. The chooks needed the extra bit of shelter with the snow and cold, but they made a real mess on the deck. So I was so pleased that Brendon could get it so well cleaned today. Now to just find time to put another layer of varnish on (I don't know what it's officially called - better than paint though as it soaks into the wood and doesn't need to be taken off - just extra coats put on every couple of years).

Another sorting job was the teddy draw under Hezekiah's bed. So Ruth put a load of "give away" teddies together for a photo. I ended up saving a few - but most were given away. 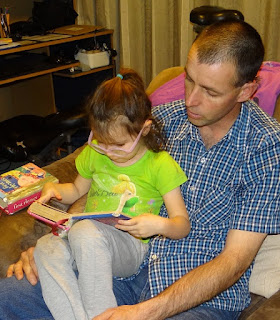 Sunday 27th: It's always so special to see Asher wanted to look at books. She went through a couple with Dad this evening. 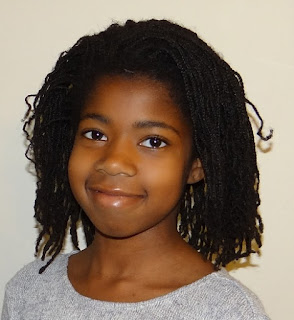 We have around 40 braids still to re-do for Ruth, but she asked today that I cut the longer ones so that they were more similar in length. So she officially has a bob haircut. It looks really nice. 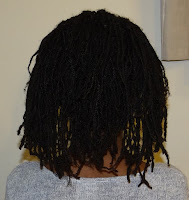 It's a huge adjustment for her though. Thankfully she did get a part cut a couple of weeks ago, so it's been done in stages which has given her time to adjust as we go. 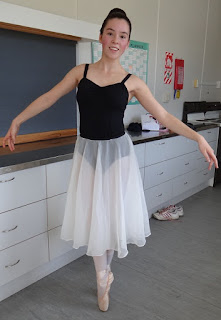 Monday 28th: Ballet exam day today. This was the most nervous Rachel has ever been for an exam. She hasn't been able to dance for 3 weeks, so she had no idea how her foot would cope. She did have pain on and off through the exam, except for when she was finally in her pointe shoes. So we were all thrilled that she was able to get through it all.

We even got results really quickly and were thrilled that she was able to achieve Very Highly Commended - the same grade she got last year. Well done Rachel.
Ruth had her exam after Rachel and it went well too. Not sure when we will get results, but I'm sure she will do well. They are both really good dancers.
Asher's EIE was happy to take Asher home after preschool as we would only be back after 1. They were just a little bit late in leaving though, and that ended up being a real blessing as she had a seizure just after 11:45 (the time she normally leaves). So it was helpful to be at preschool (rather than on their own at the house). Brendon headed to the preschool. They got Asher home and settled and she slept till after we were home. Asher had a wonderful 10 day break since the last seizures, so we are very thankful for this. We all needed that break. 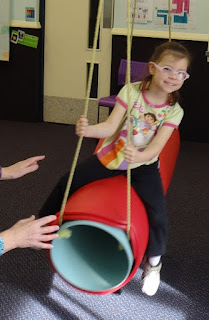 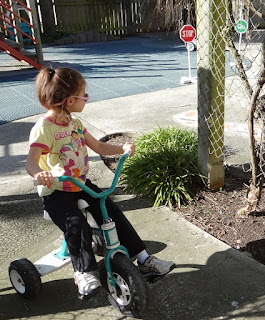 And she went on this bike for the first time too. We often try to encourage her to ride on some of the bikes or scooters here, but she has doesn't seem to enjoy it here in the same way she does at preschool or at home. So it was great to see her enjoying it (and showing her OT what she can do).

Wednesday 30th: Classics mock exam for Rachel today. She had 3 hours to write it in and only took 1 1/2 hours. So it will be good to get feedback from her teacher on how she did on it. So good to be able to get these practice exams in so early (exams are only late in November).

Brendon started with bad toothache yesterday and thankfully I was able to get him an appointment for this morning. A cavity had developed under a very old filling and had gotten down to the root. He wasn't interested in a root canal procedure, so had the tooth removed. The tooth was so strong though (and fused to his jaw bone) that it took them a full hour to get it out. They are hopeful that they got it all out though, so we now pray for good healing. We are so thankful that it happened this week and not next week while we are away. The dentist couldn't believe he has only had pain for just over 24 hours and hadn't even taken pain killers. He has pain killers now though, and anti-inflammatory tablets to get the swelling down. 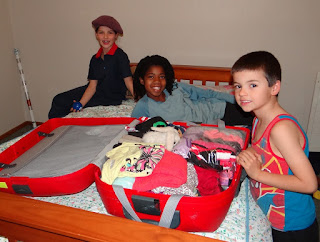 The children were excited about getting packed for our time away, so they got busy with that this afternoon. They are mostly in their school uniforms during the week, so could plan what they wanted to take with, and we could pack away extra clothes (working at getting all draws empty for the move on Saturday).

Thursday 31st: This photo is a good summary for this week. Possibly for the last couple of weeks as I have been packing as much as I can. 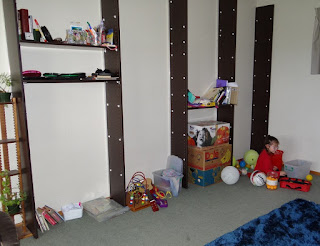 Today I got a lot more packed and just left basic things out for Asher to play with. She was happy to have her balls available. Ruth got that last lonely middle shelf sorted this afternoon. With her bedroom outside, she has the shelf for things in the house. So it was good to get that sorted too.
While Asher's carer was playing with her this morning, she had a 1 min TC seizure. I had just gone out to the garage to get something, and heard her calling when I got back inside. That was her first one too - so it was a week of firsts for the two carers this week. Thankfully the seizures continue to be short although she does seem to be needing more sleep afterwards.
Posted by Buckland at 10:00 PM