Captain America and a carpet 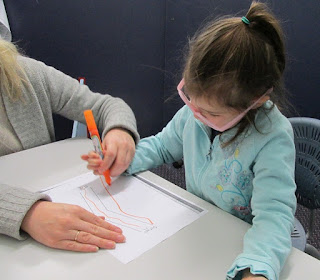 Tuesday 27th June: Asher missed Champion Centre last week as she had a cold. I was pleased she was well again this week so we could head in. She missed preschool again this week, so it was good for us both to get out. She is stating to do some "school" drawing / writing practice.

After the session I had an appointment with my midwife. The session ended early as there were a couple of therapists off sick. So we actually managed to get some shopping done (I don't normally go anywhere near a shop with Asher as it's just so hard). We managed pretty well though and she did really well at the appointment again too. 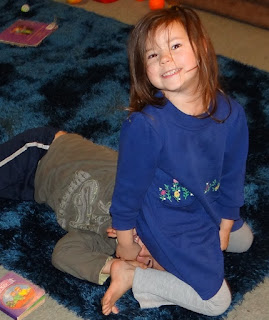 One of the items I bought was new gum boots for Hezekiah. We still can't figure it out - but his gumboots disappeared. So at least he has shoes for the garden now. (Photo: The scrap dishes had not been emptied for a couple of days - so he decided he would do them all. He and Hannah share this job - so it's always nice when one offers to do them all.)
I got Asher some warm gumboots too so that when we need to head out taking the kids to school, she can quickly pop those on. That means I don't end up carrying her. She is so heavy and it's getting harder to carry her. She doesn't wear socks inside (as she associates them only with wearing shoes out of the house), so this helps make getting something warm on her feet nice and quick.
Wed 28th: Having some fun with Hezekiah. :-) You can just spot his big smile. He kept calling her back to sit on him. 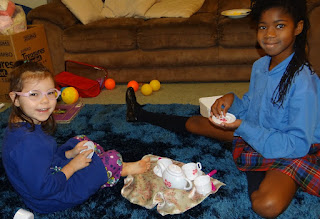 Thursday 29th: Ruth helping watch Asher while I got Hezekiah's lunch ready. I'm spoilt the rest of the week as Rachel does it for me. Thursday she leaves really early for work though, so it makes it a bit busier for me (and the others need to take turns watching Asher).

Hezekiah is going to a party tomorrow and so he managed to borrow this Captain America outfit for the party. He was so excited about it. Not only the party but also getting to dress up in such a fancy suit. He couldn't resist "trying it on" this afternoon. The funny thing was that on Friday morning he put it on again (we had made sure he didn't go to sleep in it) and he said "I'm just checking that it fits". Later I went to check that he had packed it in his bag and couldn't find it. I then realized he had put it under his school clothes. Nice try. :-)
Ruth had a full week this week with dress rehearsals every day since Sunday. They had a matinee performance after lunch today for the younger part of the school and then Rachel and I went to watch the production this evening. Brendon then took Hezekiah and Hannah to watch it on Friday evening (even though they had gotten to watch the matinee - which we didn't know about when we bought the tickets). It was great that Ruth could be a part of it as it was a Senior Production this year and she is still in the Junior section of school. There were only 2 girls from the year 7 group who were involved. They allowed the year 7 children to be a part as next year it will be a Junior production and they will be in the senior school (so they would have missed two years). 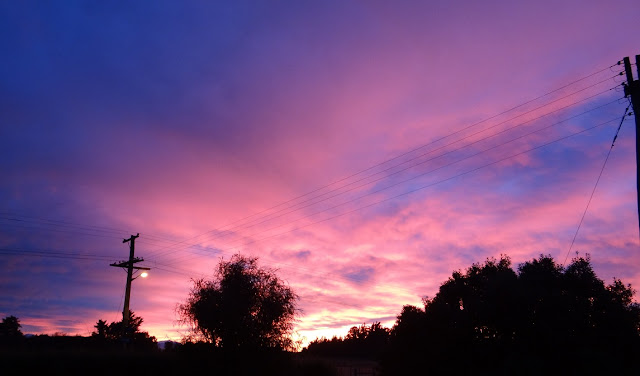 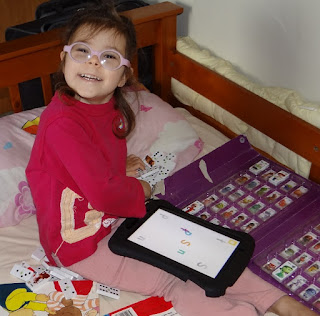 Friday 30th: What a beautiful way to start the day.
Unfortunately Asher had a 1 min TC at 8:30 (just as we were getting ready to take the others to school). Wonderfully it's been a great 2 week break since the last one. We are so thankful for that.
The photo was taken this afternoon. She often plays on her bed with the iPad and her dominoes (then I can get things done as I watch her on the monitor). It was great to see her choose this "school" game today. Matching letters. It really is just a basic puzzle for her - but she is learning to differentiate between the letters while she plays. 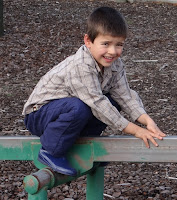 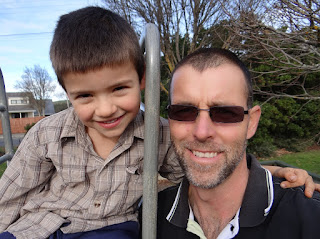 Sat 1st July: I took Rachel to Amberley early this morning for a full day of St John competition training. Brendon then got to take Hezekiah out for a play at the park. Hopefully we can get back into these parent child outings. It's extra hard through the winter months. Not just the cold but the days been so much shorter too. At least the days are starting to get longer again. 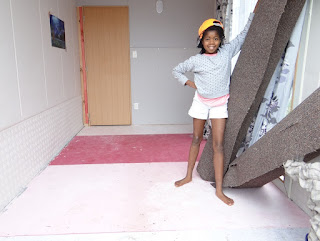 Rachel and I had picked up some free carpeting when we were in Rangiora for her driving lesson last Monday. I suggested we try and get it in today. It would be good for Ruth to get the benefit still during these colder months.
The biggest job was getting her room empty. There are a few boxes of things that she will now need to go through and unpack into the proper places. Perhaps a good excuse on getting the room nice and tidy. 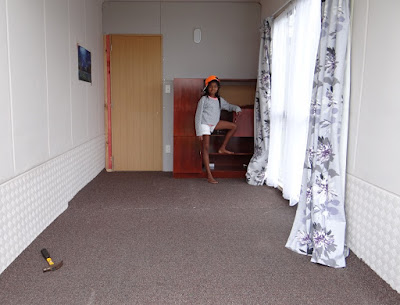 All done. Nailed down very basically, but thankfully it was a really thick carpet with a sticky backing. So it shouldn't move around too much. Then to get all the furniture back in before the rain and before I had to leave to fetch Rachel.
There was a discussion group after the training for the leaders of Camp Good News. We had organized that I attend with Rachel (which saved us an extra trip) and we had a great evening. Rachel was also pleased when Daniel arrived. He and a couple of his brothers had driven down for it.
Sunday 2 July: After a 2 week break it was disappointing for Asher to have a seizure today at 1pm. Thankfully just a 1 minute Tonic Clonic. 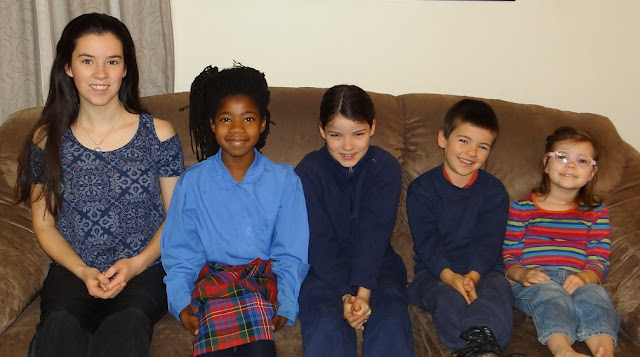 Monday 3 July. Finally got the monthly children photo today before the middle 3 headed off to school. Asher missing preschool again this week and until we can get a replacement EIE (and get police clearance and paperwork done).
Asher had a 1 minute Tonic Clonic at 8:30am, just as we were getting ready to take them to school. So not a great start to the month for her.
Posted by Buckland at 10:00 PM