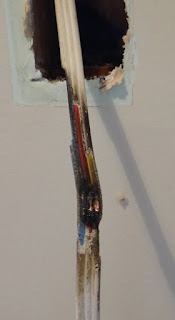 Monday 17th: Thankfully Asher didn't have any more seizures after the 12:30am one. She did have a fever through the day, but no more seizures. So I was really thankful for that. I was glad I didn't need to give more paracetamol, as that fever will help her body fight this off quicker. Ruth's fever had cleared overnight and although I thought she would just stay home, she said she wanted to go to school. So she bounced back really quickly.
Ever since that huge storm and flooding in the holidays, we have had an electrical circuit tripping. Thankfully we could just leave it off (and use an extension cord for the dishwasher). The electrician came today to do a full safety check on the house (as requested by our insurance company). After a good search he finally found the problem. Mice must have eaten away at this cable, and with that huge amount of water, it caused them to blow. Looking at the explosion that happened that first time (with all that black) I am so thankful there wasn't a fire. He said there is no insulation in the walls, so the one advantage with that is that there was nothing to catch. And another advantage is that the insides of the walls will also have dried out more easily. 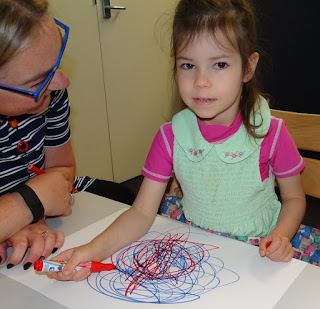 Tuesday 18th: Asher didn't have a fever overnight, and no more seizures, so she was back to preschool today. The cough didn't hang around long at all and there were no other clear symptoms. She didn't cry in pain, so with her not being able to tell us what was wrong, it all stays a bit of a mystery. She was very quiet today still (perhaps a sore throat) but she still enjoyed the time at preschool.
I was also really thankful for those hours at home where I could get loads of food prep done. It's becoming more tricky with Asher not napping every afternoon.
Wednesday 19th: Back to Champion Centre today and Hezekiah came with. He was a bit teary last week and the teacher suggested he even take a Wednesday off for a couple of weeks. I wonder if he has also been a bit unwell, as that may have added to him being more sensitive. 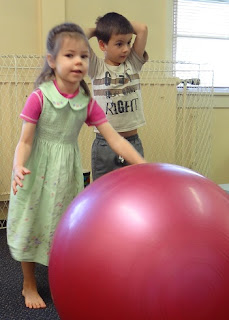 The one morning he was crying and he told the teacher he didn't even know why he was crying. So it was nice that he could just have a day off today.
It was nice to see Asher willing to include Hezekiah in her routine ball game. She has a number of things that she likes to do every single week, and it's hard work for the teachers and I to try and changes things. Today Ali, the music teacher, introduced a new teddy bear song. Asher asks for the teddy bears without fail every single week, and it's always "I have a teddy bear" with the teddy sitting on your head ect. I wondered how she would cope today with a totally new song, but she surprised us. At first she didn't really join in, but it wasn't long before she was coping Ali and I as we danced our teddies in different ways according to the song. Yay!
One note on her regular game with the ball - Ali is the one name she knows very well. And the reason is that she uses it when we play with the ball. Ali has a song that she sings every time and she waits for Asher to say who the ball must go to next. 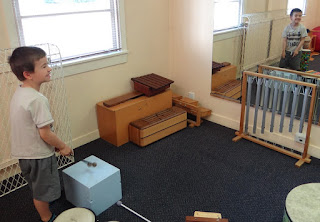 Asher has her routine of going to the piano as soon as we come in. She will often decide that time is up (just a couple minutes short of the session finishing) and so today I tried to distract her with something else. She then decided to go back to the piano. Ali and her played and sang Old Mac Donald's farm (a current favourite for Asher and one that she sings often) and Hezekiah did really well in keeping the time, beating on this block. He also knew when to pause when Ali waited for Asher to sing her part, or do the animal sounds. It was a great session. 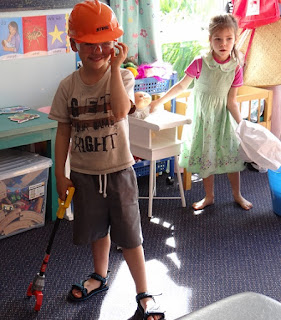 Hezekiah enjoyed the dress up corning during morning tea time. :-)

And this was Asher's creation from that first session with Jackie. I liked how she changed it up today. They each had the same colour and Jackie showed her different ways to colour. She started with blue and circles - so that was easy for Asher. She did really well in stopping when Jackie said stop. Then it was onto red. Asher immediately started going around (as you can see) but then Jackie kept showing and telling her to go up and down and you can see her red marker changed. She didn't do too many green side ways lines, but on the whole it was a great adjustment.
Thursday 20th: We had a bit of an emotional start to the day. Hezekiah was crying saying that he didn't want to go to school, that "it makes me tired". So I don't know if Wednesday's day off was really that helpful. It was especially hard for me as it made me very aware of all the things I love about home schooling. I do wish I could have all the children at home and allow Hezekiah the enjoyment of homeschooling in these first few years. I have to accept though, that it is just not practical or possible for our family at this stage. I know God has a good and perfect plan in all of this. So even though things are not the way I would prefer, I have peace that we are doing what the Lord wants. So I kept encouraging him and giving him love. I thank the Lord that when I fetched him after school, he was full of smiles and telling me about the good day he had. 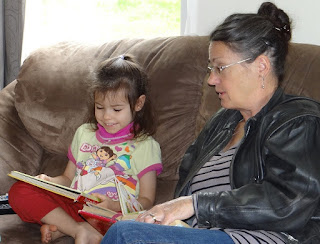 He and Ruth went walking after the ducklings (in the rain) when we got home. So that was a nice little highlight for his day too.
Friday 21 October: Most Friday mornings Josie comes to play with Asher. Asher sat reading books with her for so long today that I had to quickly come in and take a photo. Josie has noticed over the last couple of weeks that Asher is far less ridgid in her playing. We had to smile when she noted that she was a lot less OCD today, which also meant that she was not as tidy. :-) I was again so thankful for all the food that I got to prepare in these hours. 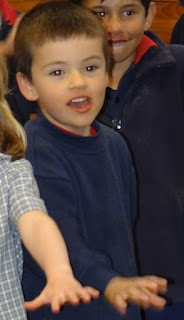 Lately banana muffins have been really popular, but Hezekiah still likes the almond flour, raspberry muffins. So it was good to get both done (as well as a load of other things).
Primary assembly this afternoon. I took this photo during the first song and then decided to just film the second one. So nice to see Hezekiah learning the new songs so well and enjoying it so much (we hear him singing at home too).
The Discovering Community singing at assembly today. Hezekiah is to the right of the girl in the front row. Hannah is at the back, a little more to the right. 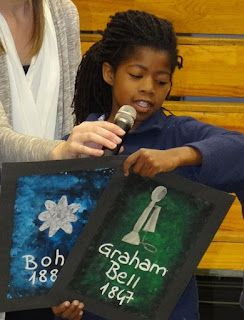 Ruth's class showing their artwork and reading a bit about the scientist they have learnt about.
Below: Hezekiah receiving a "welcome" certificate. Although this is not his teacher as she was driving older children to a sports event. 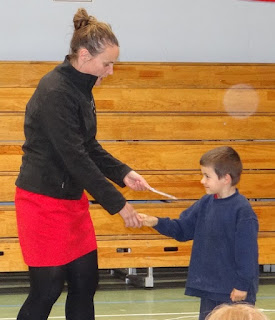 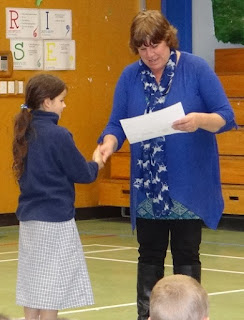 And Hannah receiving a welcome certificate too - to her new class. :-)
Posted by Buckland at 10:00 PM