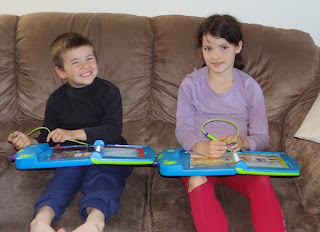 Saturday 22nd: Recently acquired 2nd hand items are these two Leap Pads, each with a nice stack of books. Hezekiah and Hannah have really been enjoying them (and they were a great addition to the car trip to and from church on Sunday too). 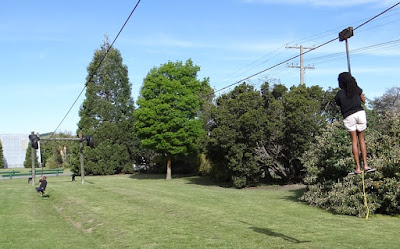 Such a beautiful day that we headed up to the park this evening. 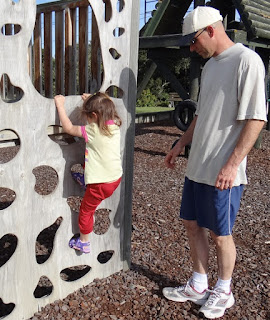 Asher got into a little routine of climbing up the climbing wall (a first for her) and sliding down the slide. Thankfully I was able to change it up a little and get her to use the ladder too. She wasn't too sure about the wall at first, but all that was needed was to ask Hezekiah to come and show her.

BELOW: So much fun on the flying fox today. Unfortunately someone had messed juice down the big slide. I was at least glad that kept Asher off it. 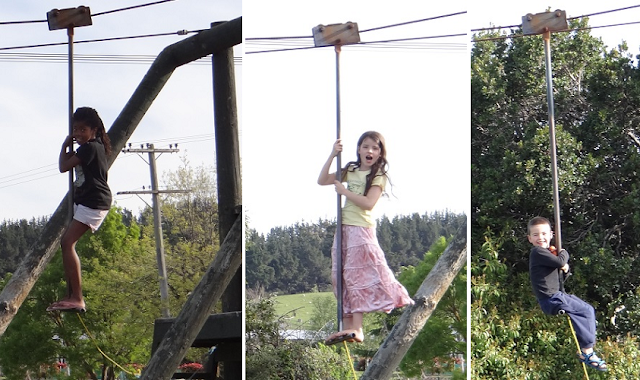 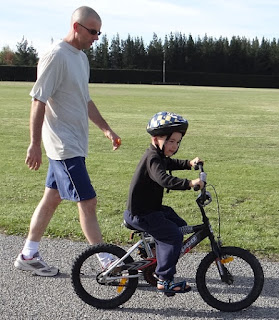 Our main reason for heading to the park was to get Hezekiah to practice riding his bike a bit more. He did really well heading up (with it being a bit uphill) and the confidence heading home was so much more. I specifically took this photo to show him that Dad was not holding him at all. 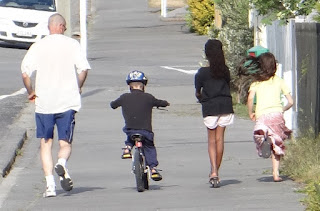 He got some nice speed on this steeper section and had the others running (or on the scooter) to keep up. Well done Hezekiah. Such a big boy.
So much fun and such special memories. 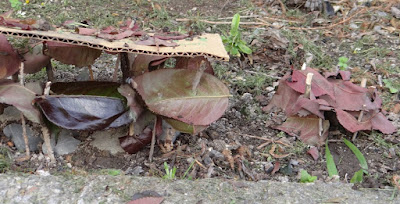 Ruth created some little huts (for bugs originally but then for fairies as she thought Nana would like that). 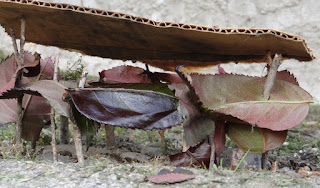 She put so much effort in, even making a stone floor. 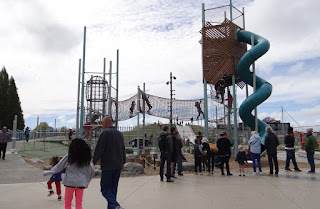 Sunday 23rd: After church today we headed to the new big park in town. Hannah loved this tall slide and spent quite a bit of time on here. So there aren't too many photos of her. 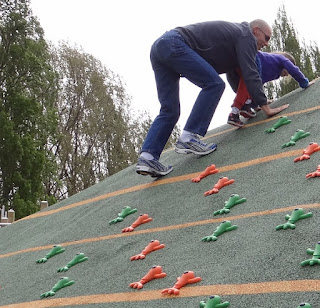 Asher spent most of her time climbing up this steep wall to go on a very big slide. Brendon pointed out that she didn't use the grips at all, but just climbed up next to them. 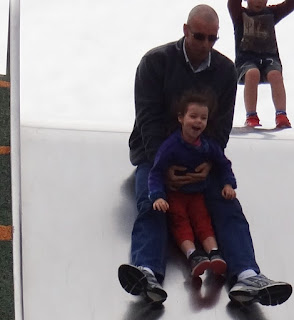 To give you and idea of how steep it is. And how much fun it was for Asher. 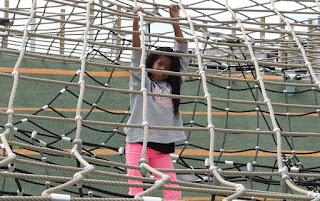 Ruth trying out the web of ropes. 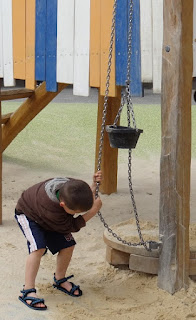 I had a bit of stress at one point as I couldn't find Hezekiah. He had gone off to the water area without telling me. I wanted to stay close to Asher though, as all the sliding always makes me a bit nervous with regards to seizures (and I had the extra medication with me). Thankfully he was then happy to play at the sand area which was closer to the slides. 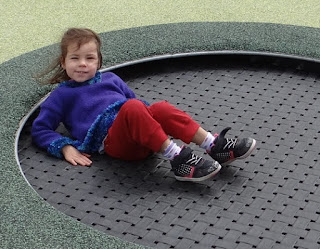 We managed to get Asher to have a little break from the sliding with these small trampolines. Thankfully they were small enough that she couldn't run around madly on them. 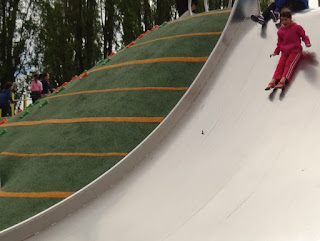 Hannah then came and joined in with a big more sliding before we headed off. 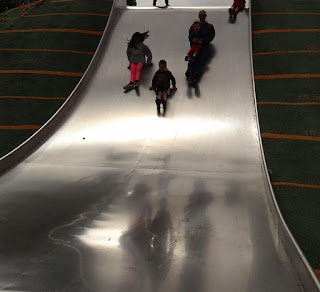 We had asked Hezekiah if he wanted to go on the slide but it was a bit too big for him. We asked if he wanted to go on with Dad (the way Asher does) and thankfully he was willing to do that. That is one advantage of such a wide slide. After that one slide with Dad his courage was up and he was then happy to go on his won. It was nice to get a photo with all 4 of them. I also wanted to show how far the slide went. It was great that you didn't end up sliding off the end too fast. Well done to the designer for getting it just right. 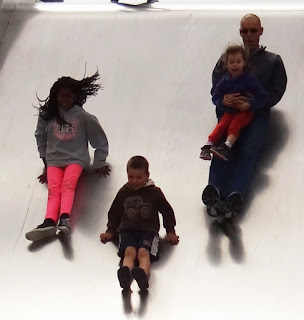 A close up of their happy faces. 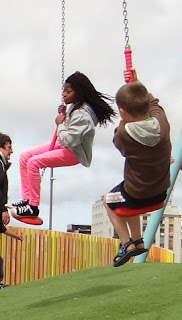 Ruth and Hezekiah had a race on the flying fox as we were heading out (the queue was way too long when we arrived). 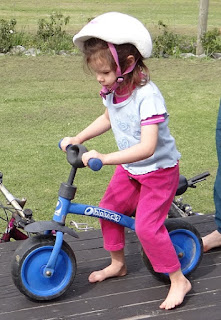 This afternoon Asher was willing to give Hezekiah's balance bike a try. She did really well. It's nice with the wide wheels as it makes it that little bit easier for a beginner. I love how she always gets a helmet when she rides the scooter or bike. A good habit to be in.
BELOW: Ruth asked that we make some more marshmallow. She takes a bit to school every day. The funny side of this story though, is that it is made with honey. Ruth actually doesn't like the taste of honey. She helped me today though, and was just as amazed as I was the first time I made it. It starts off so dark and ends up nice and white.
I got a really good compliment on it too - she gave a bit to a friend at school and was told it tasted better than bought marshmallow. :-) It won't be for all people, but at least Ruth enjoys it (and it's good for her). All it has is gelatin, water and honey. It's a bit of work to make, but it's great to have a sweet treat for her that is still good "food" and not junk.