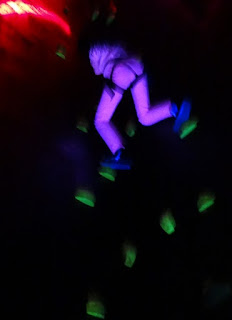 The older 3 girls got to enjoy Clip N Climb today thanks to Parent to Parent. This was a sibling event organised for the siblings of children with special needs.
Ruth made a few friends on the previous "Sib shop" day and so she was excited about meeting up with them again.
Right: Ruth's first climb on the dark walls. 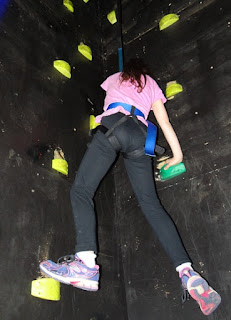 Hannah then had a god in there too.
Hannah was a bit nervous to start again and didn't go very far up. Her biggest fear was coming back down, so she only went far enough that it was a comfortable and safe climb back down.
I kept taking photos and praising her for how well she was doing - so there are a LOT of photos of Hannah. :-) 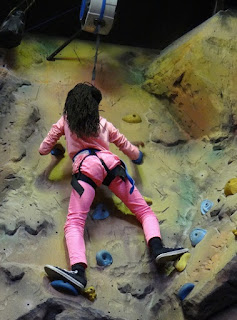 Ruth decided she wanted to do the 3 hard climbs today.
First the left and easiest of these three climbs. All the way to the top. 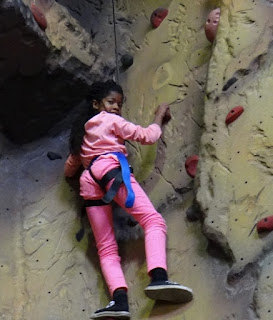 Then onto the middle climb - up onto that little ledge. 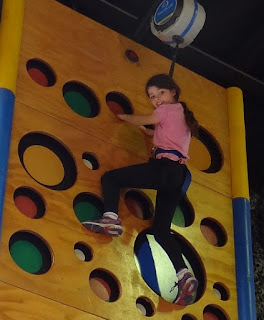 Hannah's courage was up and she went right to the top of this climb. Ruth attempting hte 3rd and most difficult with the overhang. She didn't get much further than here. She tried again a few times but she was just too tired. She has decided that the next time she comes, she will do this one first (while she is still fresh). I think it's a great plan as I'm sure she would be able to do it then. 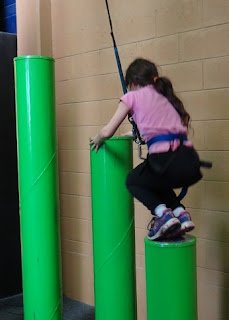 Hannah wanted to have a go at these but found it a bit tricky with the cable in front of her. 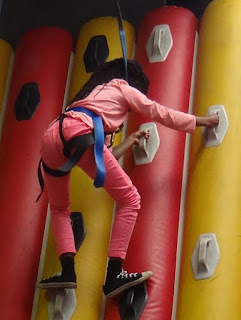 Ruth at the top of another climb. 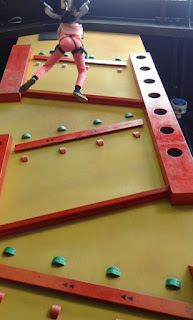 This was a fun one and one I don't remember them doing on previous visits. 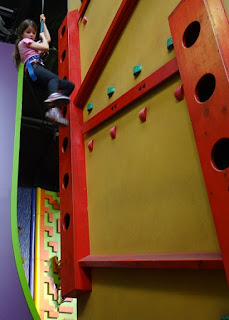 Hannah slowly started coming down properly (at first just a meter off the ground). So I was thrilled with how high she was when she let go on this one. Well done Hannah. 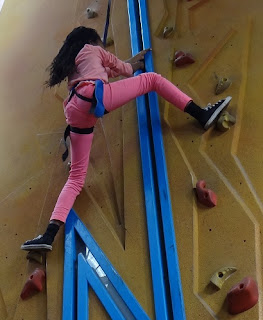 Ruth decided to do this climb at the hardest level. None of the family had tried the climb before. It's a challenge at the easiest level but on level 3 you are only allowed to use the blue area for your hands (and you have to grip from the middle - fingers facing out) and you must only use the yellow ones for your feet. Ruth's wonderful long legs, amazing flexibility, strength and determination allowed her to accomplish it. She made it right to the top. Well done Ruth. 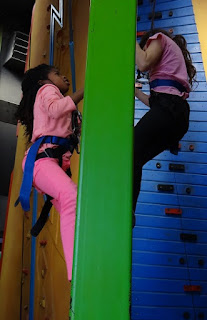 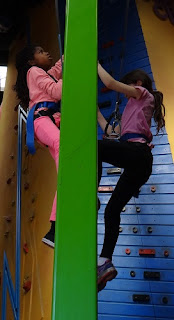 Ruth then wanted to "race" on this see-through wall (so you race face to face). Hannah had a bit of a head start and gave up once Ruth was way past her. 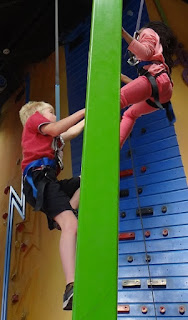 She then found her next victim - a boy she met at the Sib Shop. They started off nice and even but soon she was shooting ahead. He eventually gave up too. ;-) 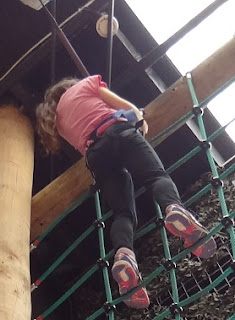 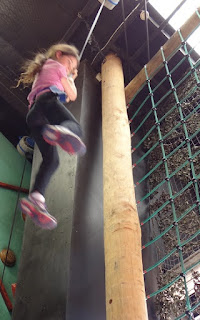 Hannah right to the top again and this time she came down properly - right from the top. Finally she has said "it's really fun". 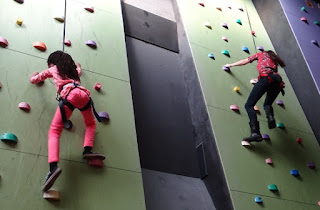 I didn't get many photos of Rachel at all, I spent most of my time running from Ruth (with her self set challenges) to Hannah (encouraging her through her steps of courage building).
So it was nice to at least get photos of Ruth and Rachel having a race. 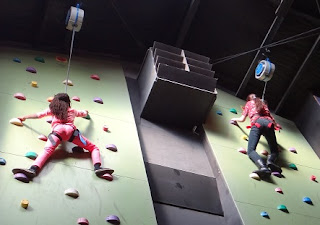 Ruth did well to not give up when Rachel got ahead of her. I think Ruth had done a lot more climbing - so they will have to have a race early on next time - when they are both fresh. 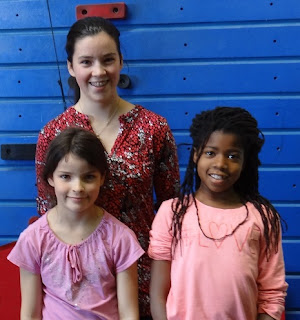 After the climb they had some food for the children. I was so thankful that they could cater for the girls being gluten free and Hannah being dairy free too.

It was a lovely afternoon and I am really thankful for the opportunity. The girls are slowly making friends too and it's really encouraging for them to know there are many other families who also have challenging medical situations at home.
Posted by Buckland at 5:00 PM