There was enough time before we left for Rachel to put a "French plait" into Vanille's hair (our French HelpX lady). No idea why we call it that. :-) 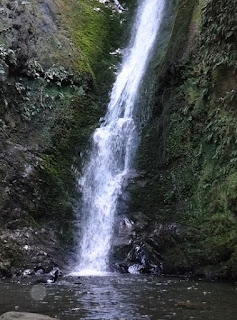 We were on the road by 8:30 and so were in Kaikoura for a toilet stop at around 10:30. We didn't realise it was a good 20 minute ride further to the seal colony. We also didn't realise how quick a walk it was. So we were at the falls by 11. There were not many seals here today at all (compared to our last visit). A volunteer that was working here today said that it all just depended on the day. There was no way of knowing how many would be there. One day there may be hundreds and the very next hardly any. 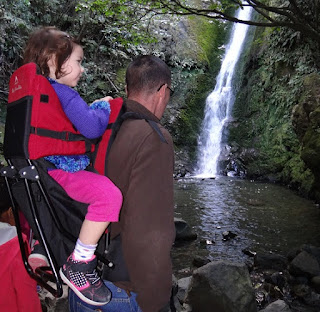 It was still a great experience though. Rather chilly up at the fall though, so we didn't stay long. 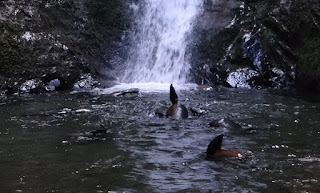 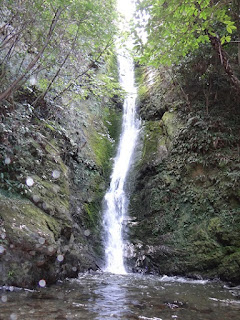 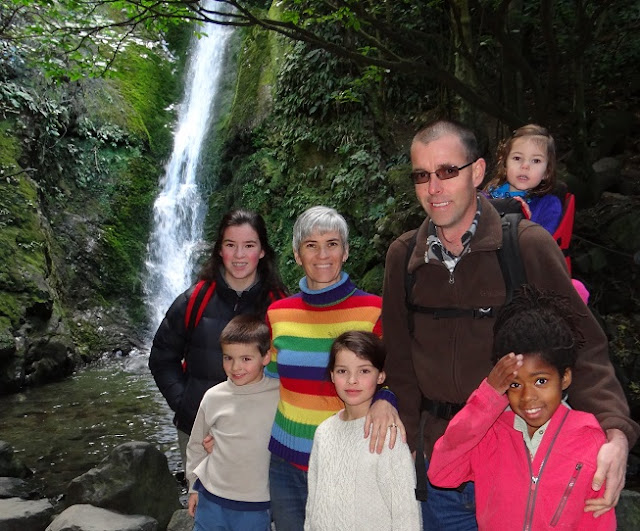 Thanks Vanille for taking a family photo for us. 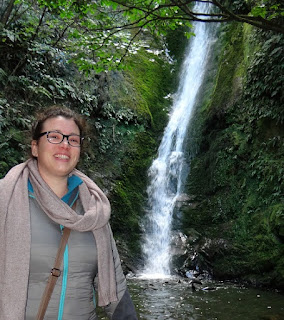 Her phone wasn't taking nice photos in the low light, so I took a few extra for her too. :-) 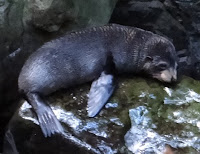 Some of the seals we saw on the walk. 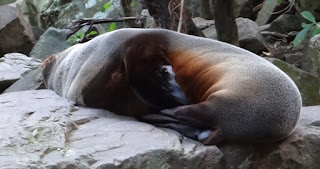 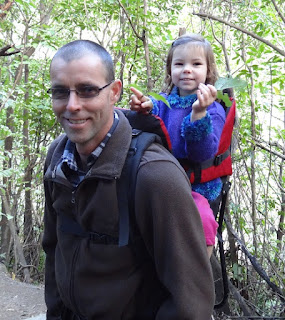 Asher's rather heavy for this back pack now, but it was the only practical way to get up there with her. She had a great time and thought it was so much fun. 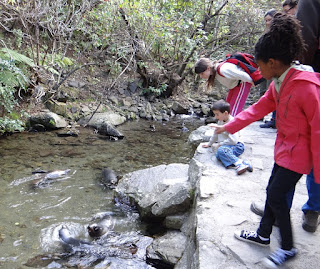 We actually had most of our enjoyment of the walk just before we left. 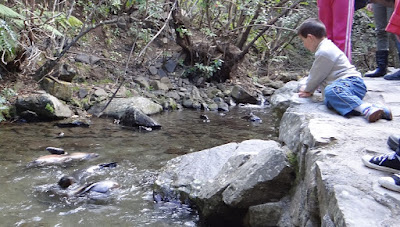 Watching these seals swimming around and having fun. 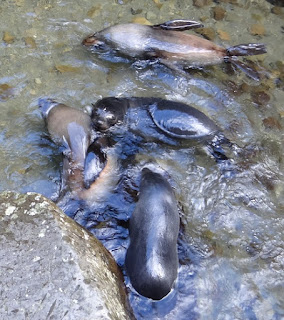 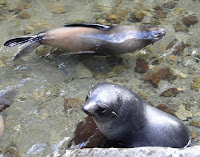 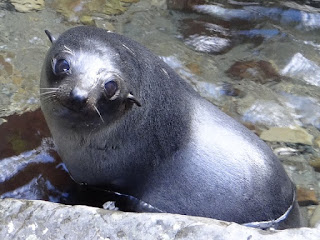 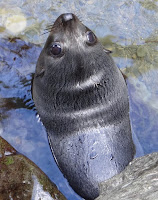 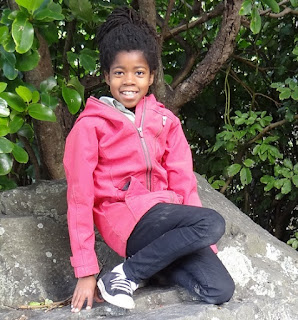 Ruth wanted a photo on this rock. 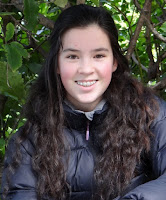 Rachel thought that was a great idea and saw the opportunity of getting a new profile picture for her facebook account. :-) 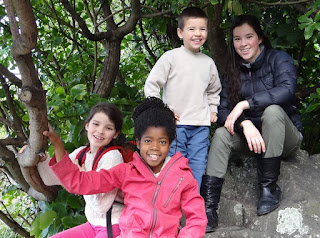 The 4 big kids didn't take long to get up. 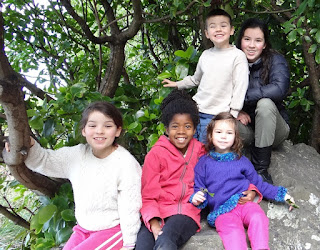 So we got Asher out the back pack and took a nice full children's photo. 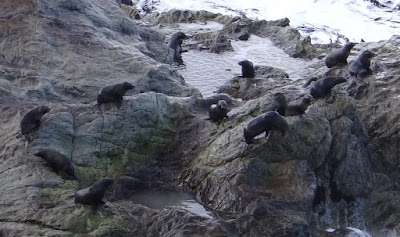 Then we stopped at the look out point just a few hundred meters down the road. 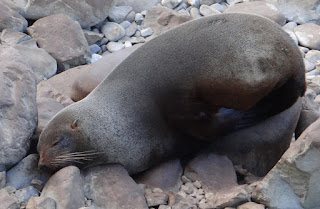 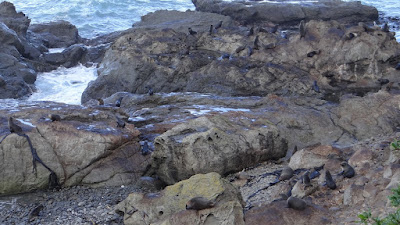 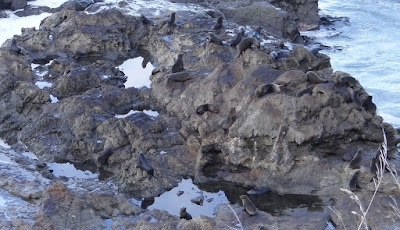 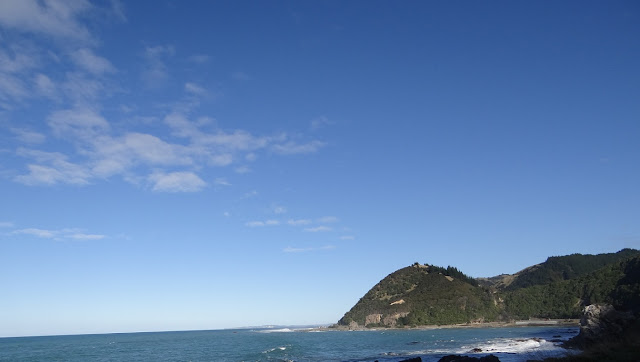 What a beautiful drive back to Kaikoura. 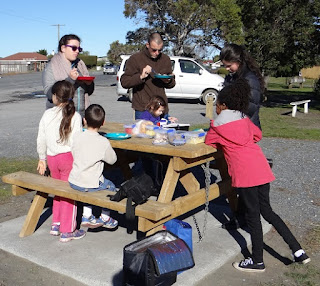 Picnic lunch and then a stop at an op shop where Rachel managed to get 3 pairs of jeans for just $8.50. She had tried to get some new jeans at the shops on Friday afternoon, but nothing was her "style". So I was really pleased that she found some that she liked today - especially at that price.

Then up to the Kaikoura beach to throw some stones into the sea. :-) 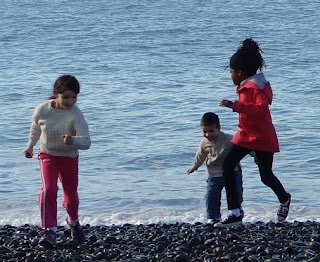 And run from the waves. 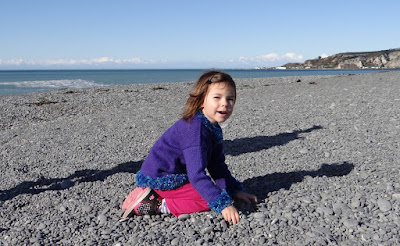 I had forgotten Asher's sun glasses in the car, so we just detracted her with the pebbles and tried to keep her back to the sea. Thankfully she absolutely loved playing with them. And it helped that there was a big dip before you got to see the waves. Even if she had her glasses on it was better to keep her away. She would not understand it being cold and would just want to get straight into the water. At least she had a fun time too. 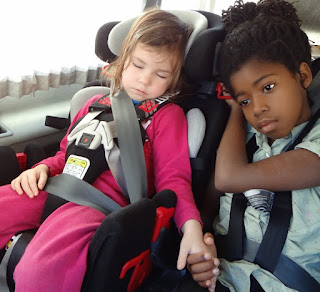 By 2pm we were on the road back and Asher had fallen asleep. She only got about 30 minutes, but it was at least something. It was a great day out with special memories made.
Posted by Buckland at 10:00 PM