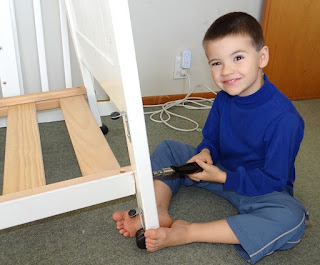 Monday 25th: Anzac Day today but Brendon had a full day of work. I was however just so aware of it being a holiday and decided I wanted a bit of a different day to normal and so I decided to rearrange the sleeping arrangements. Asher is too big for the cot now (even though it was more like a bed with the front side off). So we took that apart. I wanted to bring the top bunk from the R room (a single bed over the double bed) but ended having to totally dismantle it to be able to move it. I also got the bunk beds up on each other again in the H room and moved my sewing cabinet from my room into the H room (so that I had room for Asher's new bed). The children were really good about helping with the furniture and watching Asher. 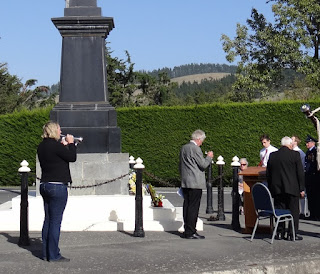 Rachel and Ruth headed up for the Anzac service (I was pleased it was in Hawarden this year so that they could just walk up). At 11 I decided to walk up with the younger 3. We were unfortunately just too late to get to hear the bagpipes, but we did get to hear the bugle. 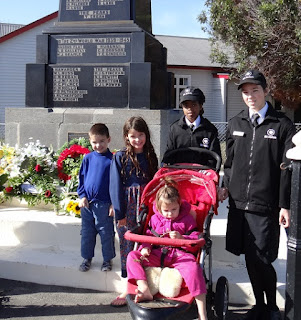 And nice to be able to have a bit of time to talk to Hezekiah and Hannah about what is being remembered today.
The girls looked really good in their St John uniforms and were able to march with the St John Ambulance officers during the parade from the hall to the monument. 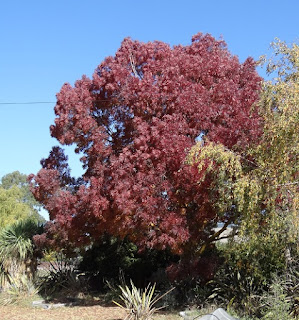 I had noticed that a neighbour also had one of these beautiful trees with purple autumn leaves. So I took a photo on our way home. I'm so glad I did as a week later almost every leave was off.

A bit more intensive furniture work once we were home so that Asher's new bed was ready for her nap after lunch. I'm so thankful for all the help the children gave. I was so pleased with all that we got done.

This bed is also a great option for Asher. Because it's the top bed of a bunk, it has the railing all the way around (except for where the ladder goes). So Asher has learnt that is the only place to climb in and out, and it makes it nice and safe for her too. 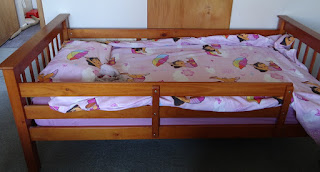 It's another small reminder for me of how different it is with Asher. All the others were sleeping without a railing by this stage. And although I don't think she would fall out of bed, the consequences if she does could be worse than the others. We want to protect that head as much as we can. And then it also gives her more protection for if she had a seizure in bed. 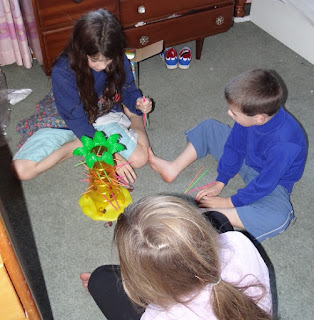 I wasn't sure how Asher would handle this big change. It helped that we had bought her a Dora duvet cover for Christmas. That made it very exciting for her.

Brooke came over for a play in the afternoon and I'm pleased we have moved things around in the H room, as they have floor space again to play. 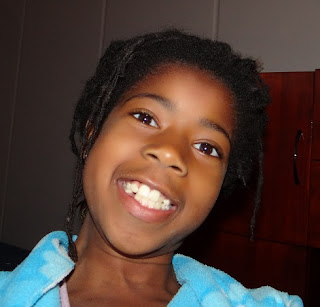 I had asked Ruth to take a photo of her room before it got dark, and I found these photos were also added. :-) 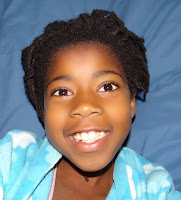 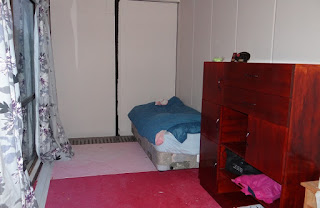 Even Brooke helped this afternoon as we moved this big cabinet out of the R room and into the container for Ruth. We also moved their desk out - which is in the middle section of the container. 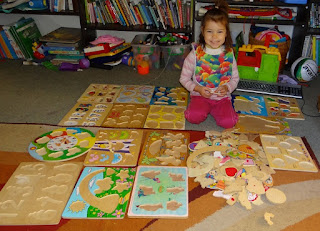 Wednesday 27th: Asher got started with her puzzles early this morning (she still had her bib on from breakfast).
Funny thing about the bib is that she doesn't really need it any more - but she is so in the habit of putting it on. :-)
She tackled 16 in one go today. 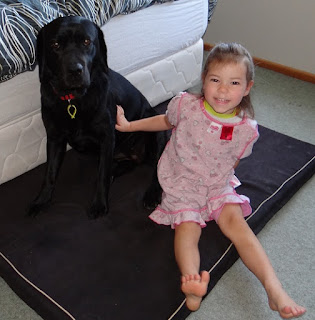 Asher likes putting her summer pjs on for her afternoon nap. She often takes them off and puts them on again - often getting the label on the outside and in front. :-) Shadow normally comes into the room when I go to her when she wakes and Asher will often not even look at me but go to Shadow and say "hi dog". It's so sweet. 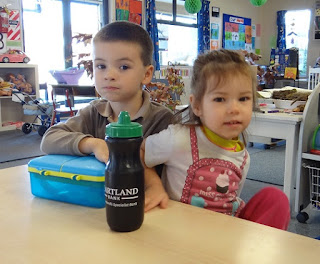 The preschool stays open through the holidays and because Guides is not on, I was able to fetch Hezekiah a bit later than normal and I took Asher with today. It was good that I did take her as she was rather upset at first about getting out the pram. She had it in her mind that she was going for a walk - not just down the road. She will be starting at the preschool next Monday, so it was good to have her spend a few minutes there today as a bit of an introduction. 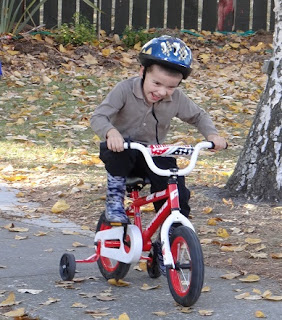 Hezekiah asked me to take a photo of him riding this bike. During the holidays children get to bring their two wheel bikes from home, so I was so thankful that he got to enjoy using this one (even though it's a bit small for him). 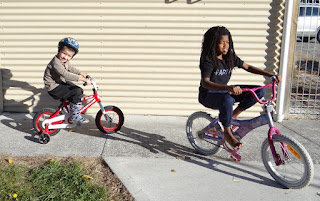 Ruth doing some riding too. 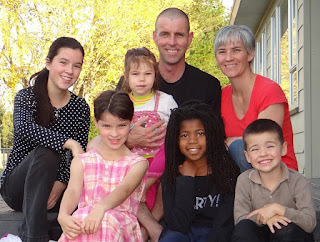 The church wants to introduce new people and families at church on Sunday and asked for a family photo. So I decided to get a new one.
Posted by Buckland at 10:00 PM