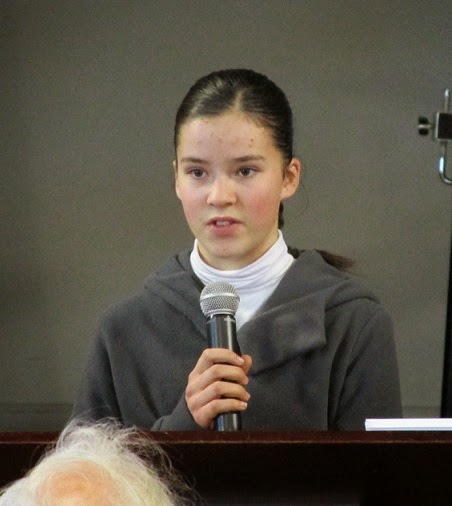 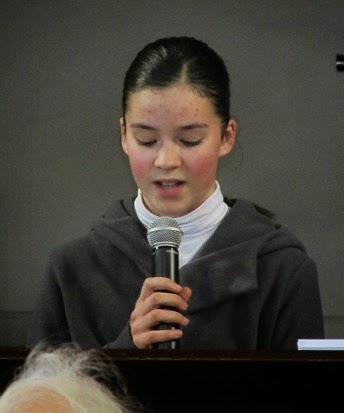 Rachel had asked a couple of years ago to get baptised and for many reasons it has taken a lot longer than we thought to get it organized. It was a very special day for her and us.
At church she had the opportunity to share her testimony. She spoke so well. She had most of it written down and at the end just spoke from her heart. We tried to remember exactly what she said - and so added a sentence to the end of it for here. It was even better on the day. :-) 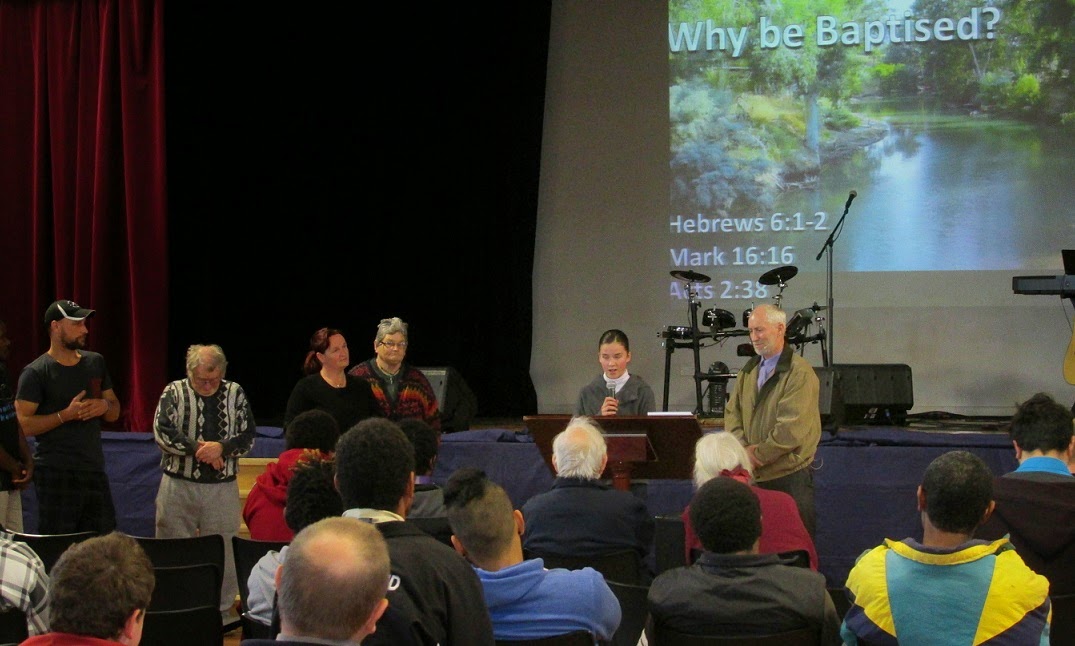 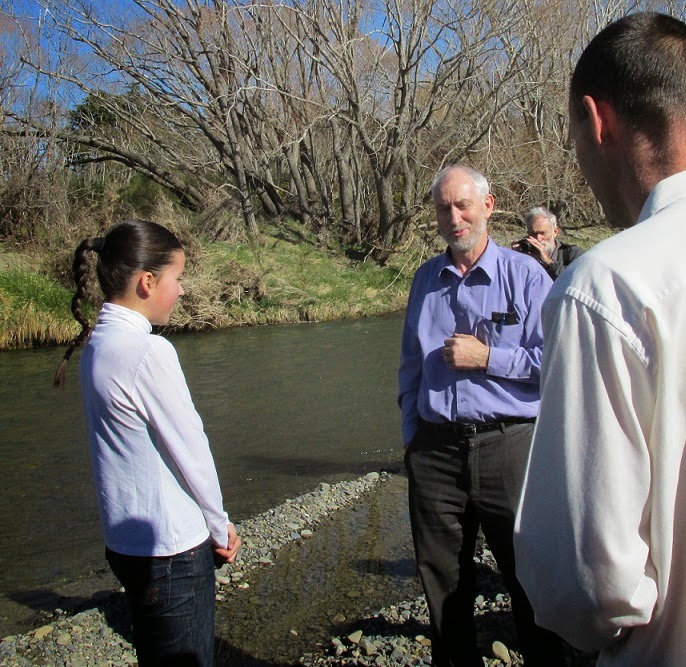 Then we headed down to the river.
Here is a copy of Rachel's testimony.
When I was about four, I remember Mum was reading to me the story of how Jesus died on the cross. I had heard the story many times before but it had never really meant anything to me. This time I suddenly really understood what it meant. I was a sinner, the penalty of my sins was death, but Jesus, because of his love for me, had taken my sin on himself. He died in my place, everything that should have happened to me, Jesus had taken on himself. I started crying and told Mum that I wanted to take Jesus as my saviour, I wanted him to wash my sins away. So Mum helped me pray and take Jesus into my heart. For a while after that I never really doubted my salvation, but when I was about nine or ten I was in bed and I was thinking about what it would be like to be a missionary. I was thinking of how I would share the gospel with someone and it was almost like I had given the gospel to myself. 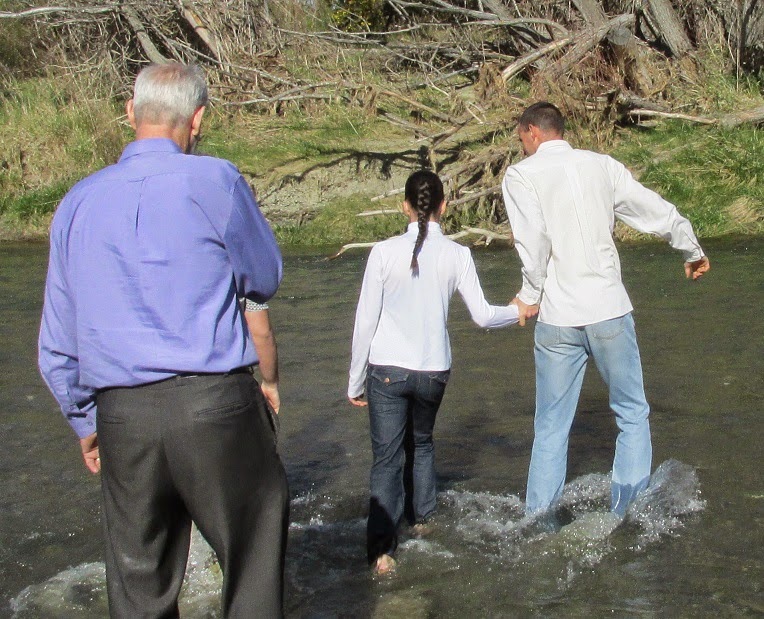 I saw even more depth to my sin and I thought, am I really saved? look at all of my sin, could God really love me? I was able to talk to Mum and Dad and they told me that even though I have done so many wrong things, God still loves me. I prayed and thanked God for sending his son for me, and for loving me even though I had done so many wrong things. After that I have seen God working in my life, little by little changing me. I'm definitely not the person I used to be.

I want to be baptised today as an outward sign of what has already happened inside. 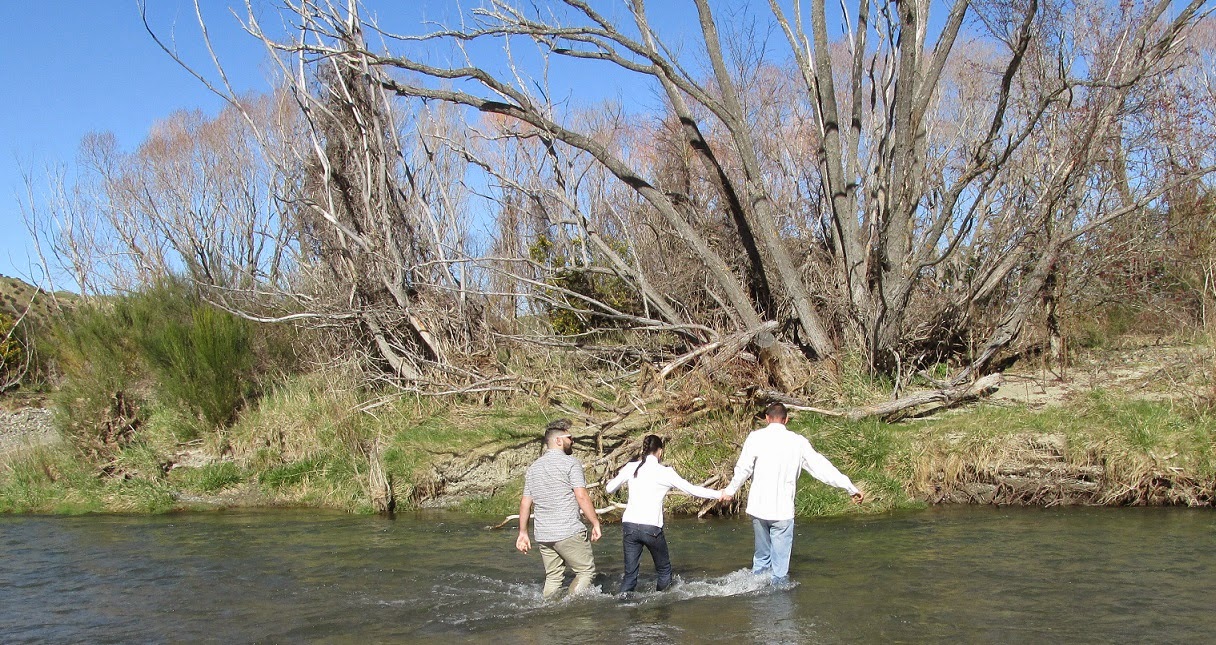 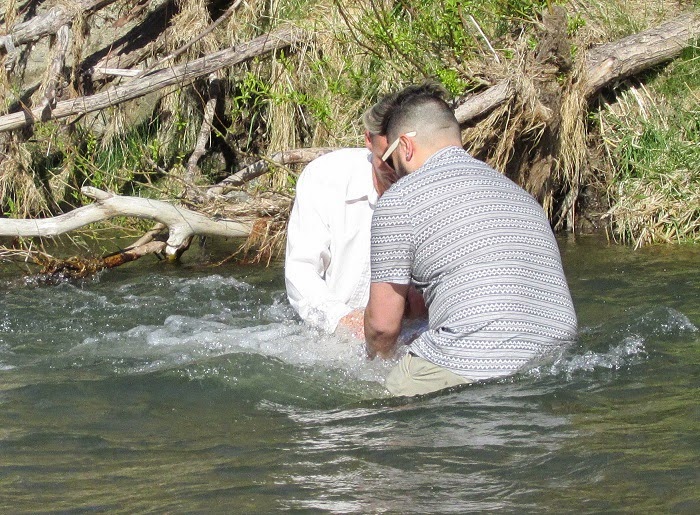 What a beautiful spot too.
They had to walk to the other side of the river to get to the deeper area. The current was really strong, so Brendon and Rachel were thankful for Solly being with them. 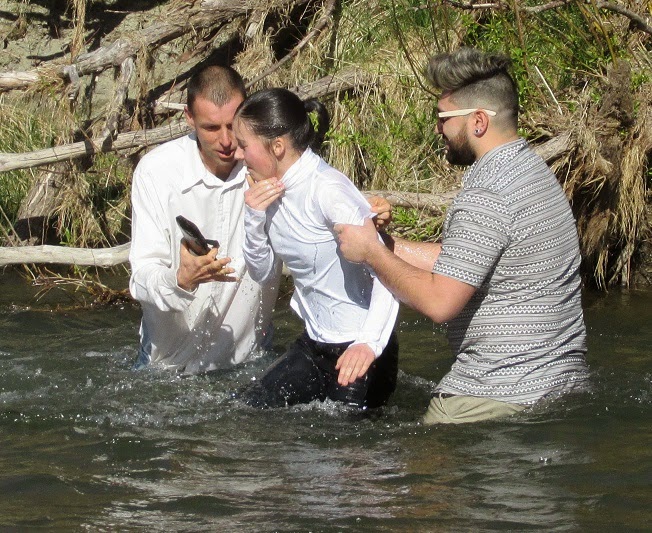 Brendon had a good suggestion to wear jandals as the river bed was quite rough on everyone's feet. Brendon thankfully had he crocs on - so they stayed on. Rachel's one jandal however came off as soon as she went down. She expected to come up and see it half way down the river. Brendon had caught it though. :-)
She should have borrowed my crocs, which have the strap on the back and so they would have stayed on).
It did add something funny to the day and it added to the enjoyment of the day. 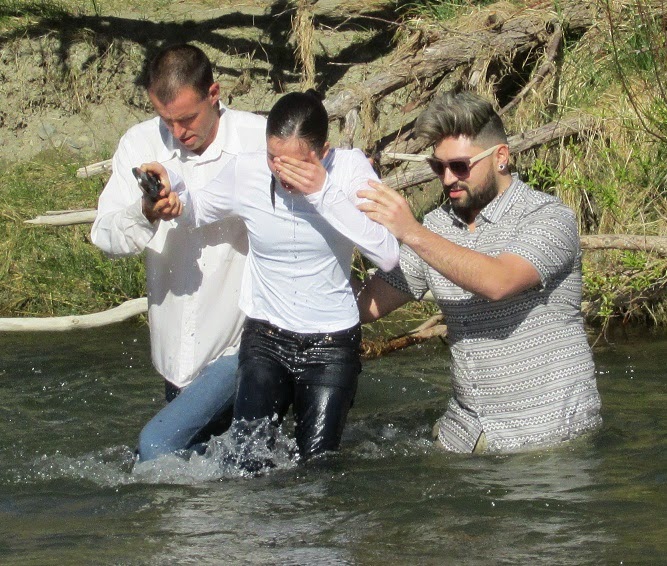 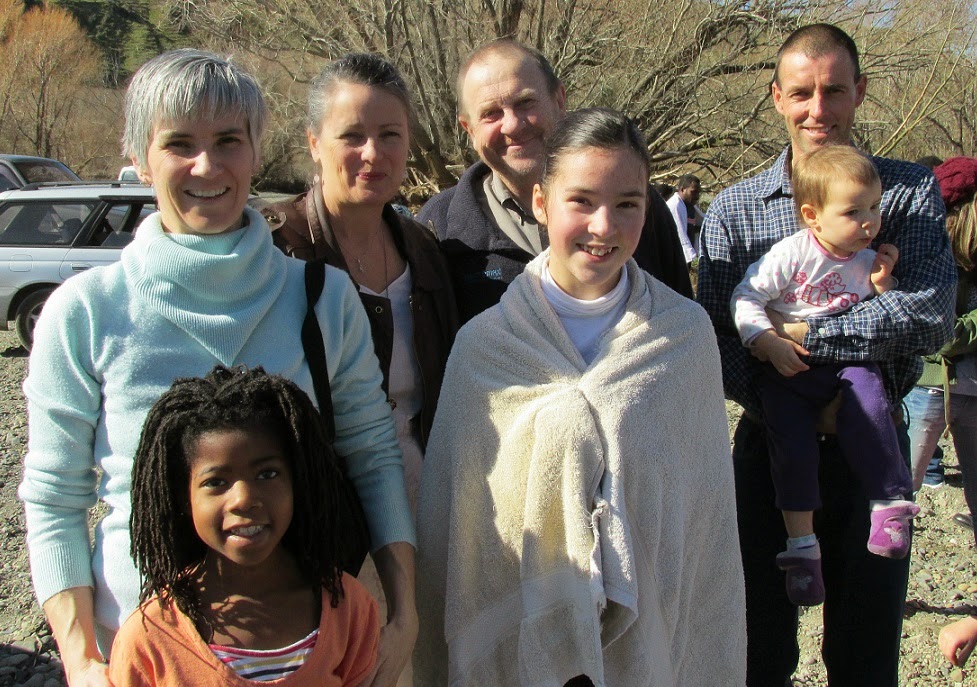 It was lovely to have everyone from church come down and join the celebrations at the river as well as having other friends come after their church service.
It was also special to have Steve and Josie join us for the morning.
Here is a video we made from some of Leigh Love's photos. Thanks Leigh. 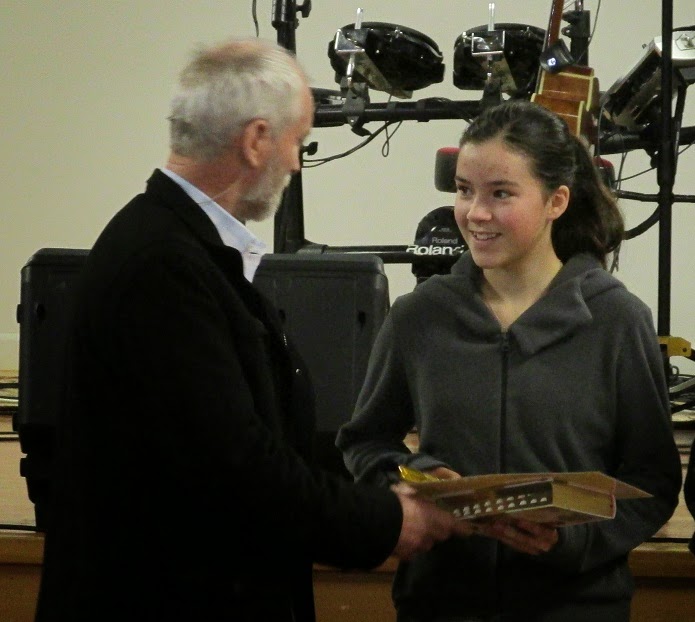 The following Sunday all those who got baptised on the 17th received a certificate and a lovely bible. 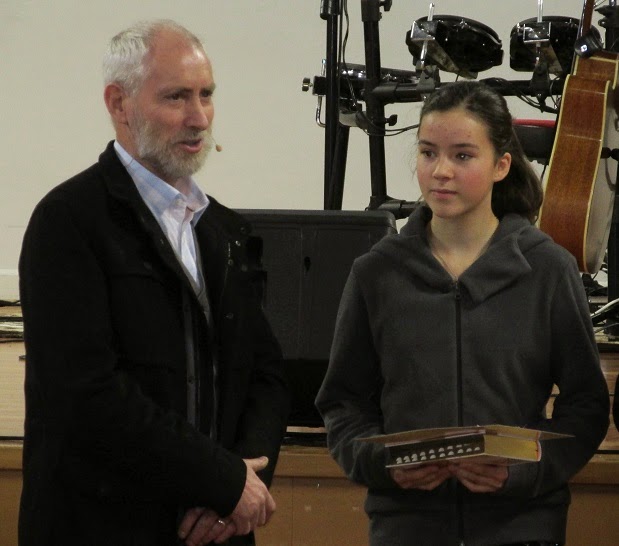 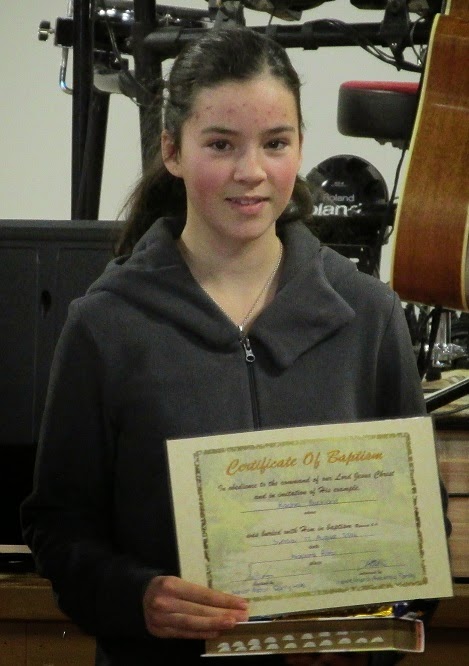 Garry made the note that it was Rachel who first said that she wanted to be baptised and then it ended up with 6 people being baptised on the day.
Posted by Buckland at 10:00 PM

Definitely the most amazing day of my life :D