Helpers, hail and hope for a holiday 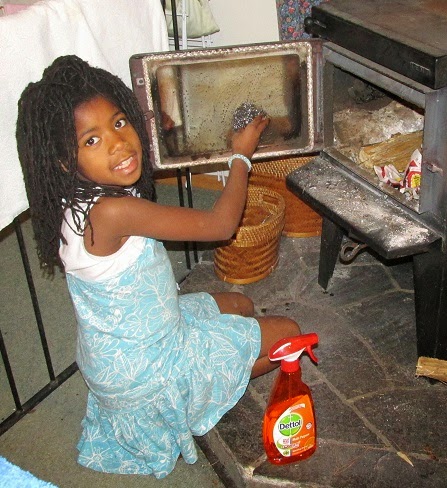 Monday was a long day for me as Brendon was home for dinner and then off by 5:30 to fetch Rachel. Her bus from Duneden was arriving in town at 7pm.
So to kill some time with the children I said Ruth could clean the fireplace and make a fire. She really does love this job and slowly over the last weeks I have been showing her how to do more and more of it. So today she did it all. Emptied it out, cleaned the glass, cleaned the floor and made the fire. She gets the privilege of lighting it too - so I had a very happy Ruth.

Hannah surprised me when I got the vacuum out and said she wanted to do it. So while Hezekiah watched Chitty Chitty Bang Bang and ran around pretending Hannah was chasing him - Hannah did a great job.

Wednesda - Ruth took this photo of a loom band bracelet that she made. She has been enjoying her birthday present so much. She spends any extra time she has looking up videos on You Tube and experimenting with creating a whole range of things. She has gotten to a point where she can make one like this without even watching the whole video. 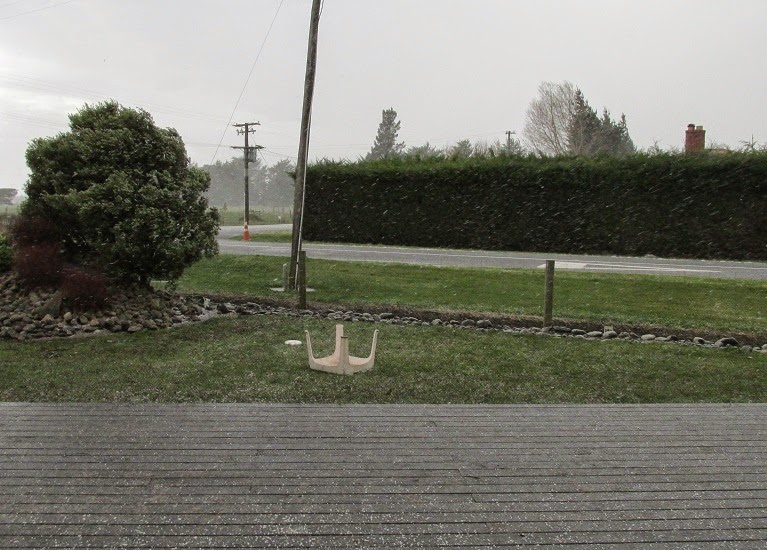 Thursday saw us getting fine hail in the morning which got the children very excited. Ruth headed off to take some photos. 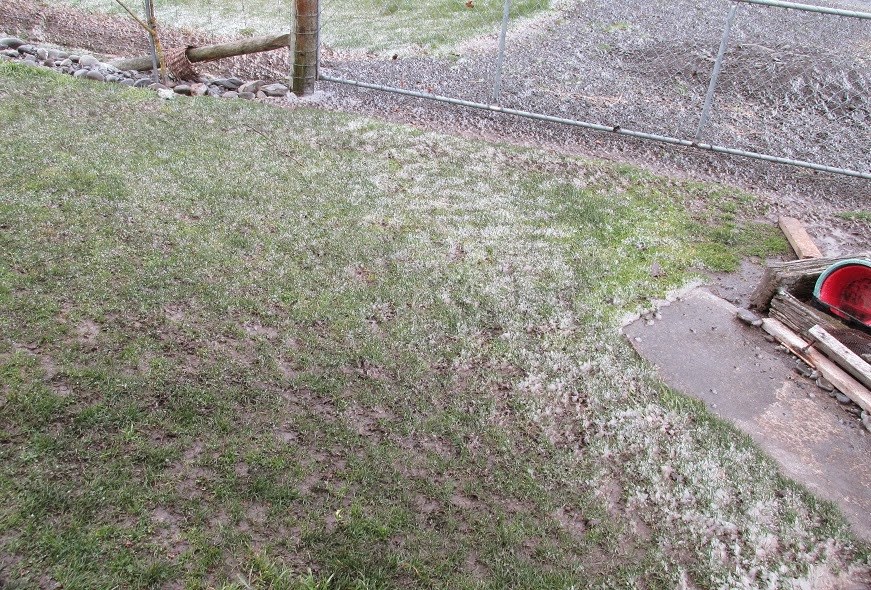 This one out her bedroom window. 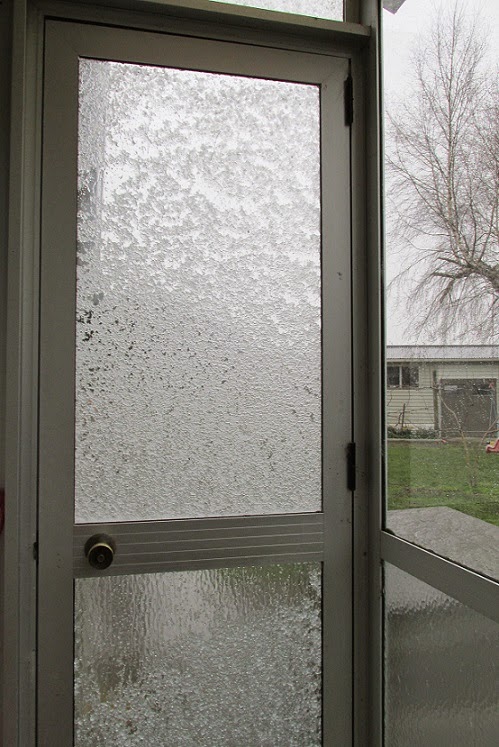 And the back door full of ice. 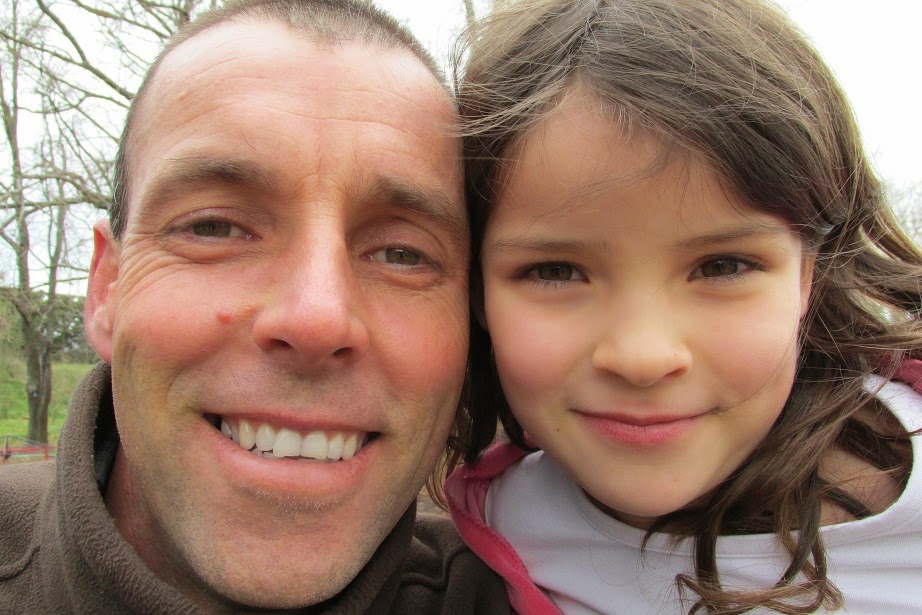 Brendon took Friday off so that he could get some things taken down to the recycling in Amberley and get some other errands done. Hannah went with him so they also stopped in at the Amberley park and had a great time. This is my favourite photo of the two of them so far. A really lovely one. 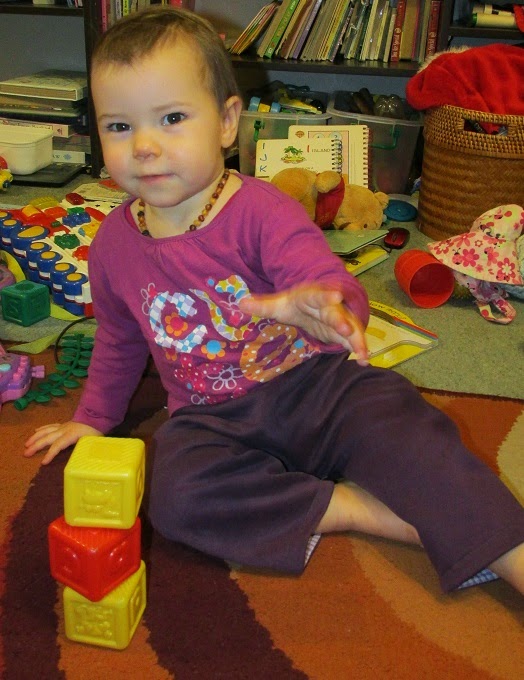 Ahser has been enjoying building towers. She has gotten really good already. She does love knocking them down still though - so getting a photo was quite tricky. 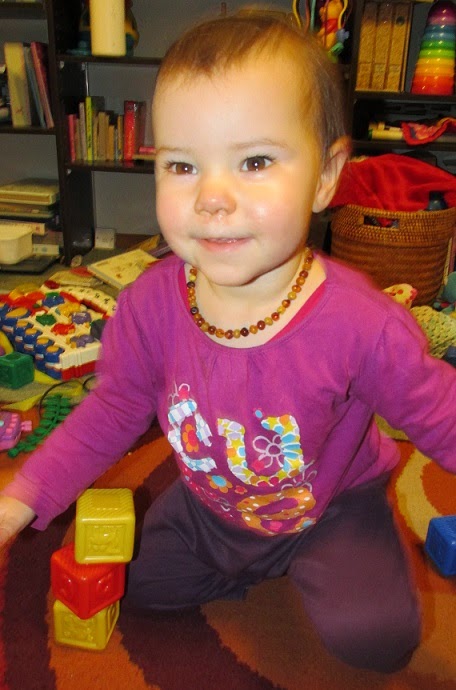 She very quickly headed over to have a look at the camera again too. 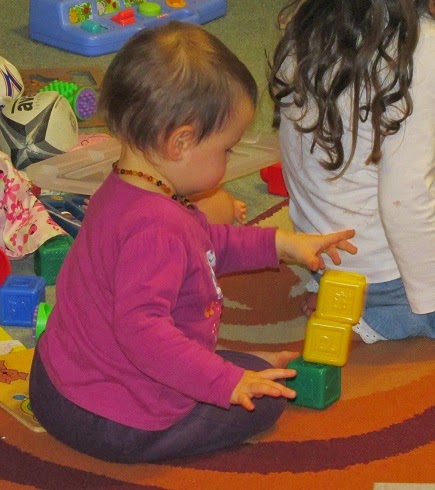 Brendon got this one of her later.


On Saturday morning we all made a last minute trip down to Amberley so that Brendon, Asher and I could get Passport photos taken. We found out on Friday that there is a chance that Brendon will be going to Germany in October for a conference and there is also a chance that Asher and I will be able to join him. So we decided it was worth getting our NZ passports sorted. Thankfully it only takes about 2 weeks. 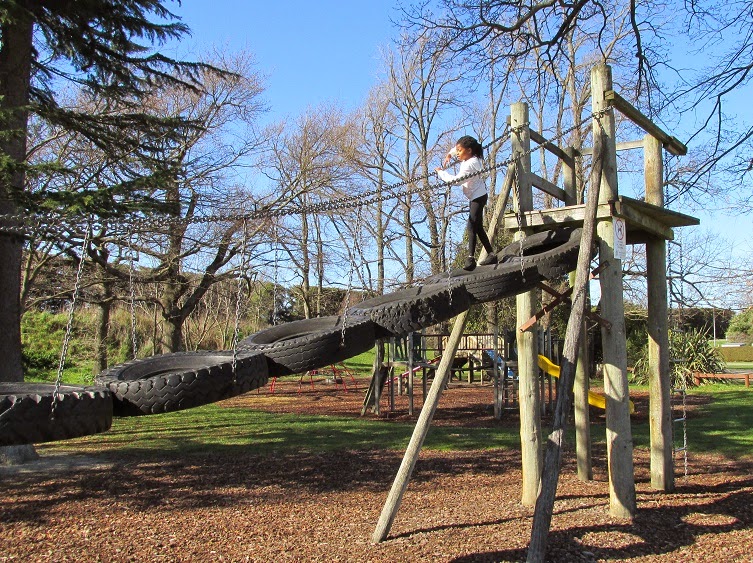 On Saturday after lunch I headed down to Amberley with the older two girls as they had their ballet medal test and exam "dress rehearsal".
While Rachel was doing her exam practice (which we could not sit in on), Ruth and I headed to the park. She asks so often on a Tuesday if she can have a play before or after ballet, but it's always so rushed. So it was lovely that she got the time today. 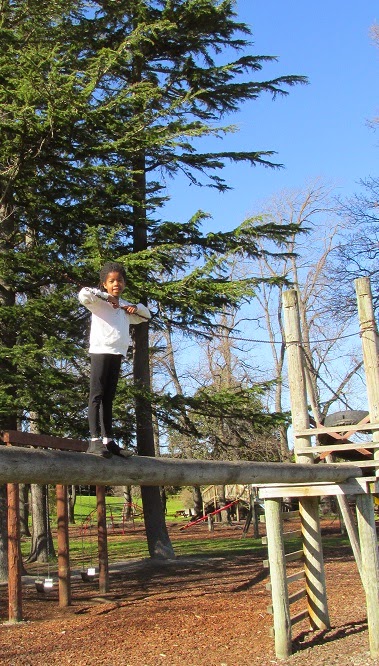 I was surprised to hear that Hannah walked along this pole on Friday with Brendon. He wanted to get a photo but she wasn't interested in doing it again for him. :-) 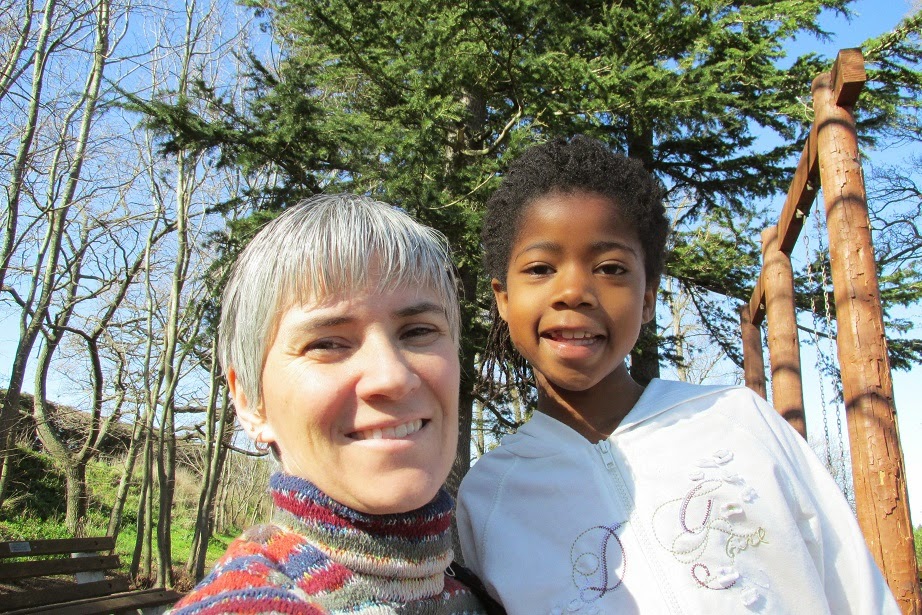 So this was our parent-child-outing photo. It's my favourite one of us two. 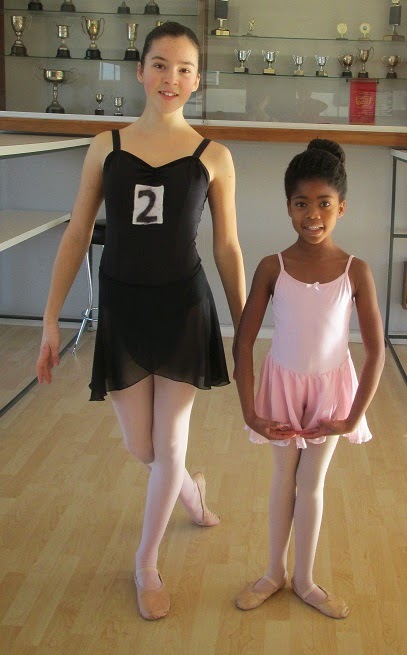 My lovely ballerinas.
Posted by Buckland at 10:00 PM