Pizza, plates and a playground 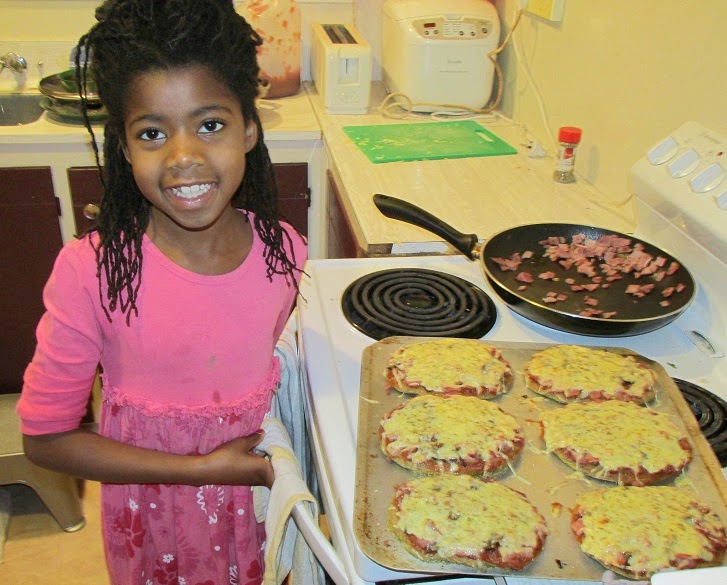 Tuesday 5th August. This afternoon I got the bases made for pizza lunches for Brendon and I. After dinner Ruth got busy making the pizzas for us. She had so much fun just being able to do it all herself. She was also pleased with being allowed to stay up late to get it all finished. Rachel was out at St John after her ballet lessons, so Ruth had the kitchen all to herself.
We have a dozen pizzas ready for our lunches (we freeze them individually and take out when we need them). Ruth said she would like to make them to sell. Our little entrepreneur. For starters I might just make this a regular Tuesday evening activity for her. We all benefit. :-) 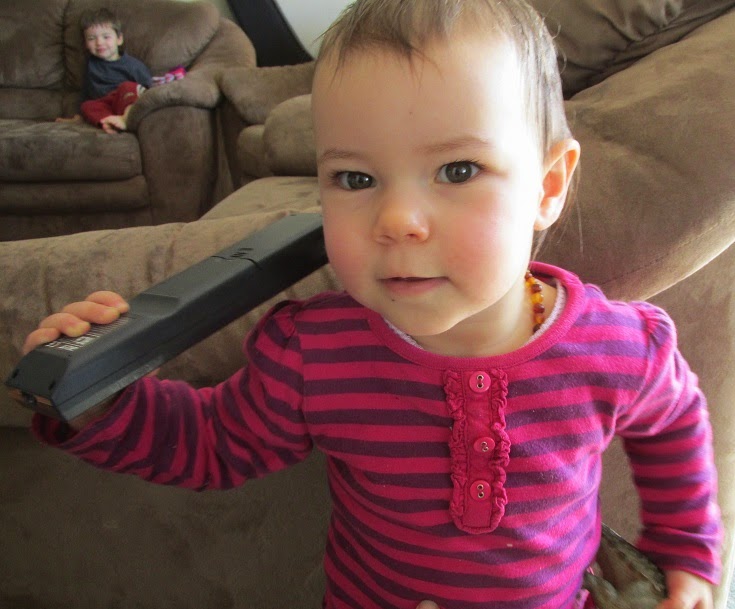 Wednesday 6th August. Asher has been talking on the "phone" a lot lately. She doesn't even mind that this is an old remote and not even a phone. She holds it up to the side of her head and says "hi". I couldn't get the best photo of it as she just wanted to have a look at the photos on the camera as soon as she saw it.
Which reminds me about little Hezekiah in the background there. I showed him the video of them singing in the snow and he often comes and asks me to play it for him again.

Thursday 7th. A very beautiful start to the day. Today also saw Rachel head off on her big adventure South. Thankfully we were able to get a lift for her into town. She took a bus down to Oamaru from Christchurch just after lunchtime. I will ask her to write a blog post about it all and then post the link on here.
We had stopped making our milk kefir over the last week for various reasons but it made me very aware of how much the daily kefir smoothy (with our Real Food supplement added to it) was doing for the family. We have had the odd sniffle or sore throat over the last few months - but this was the first time it spread to more than just 1 in the family and lasted more than 1 day. So we are back to making the kefir again and getting that supplement into everyone. At least it's confirmation that it is all worth the effort and expense.
Friday 8th. I was very thankful that for the first time this week Brendon hadn't left for work by 5am because Asher had a seizure at 5:25. It was a Grand Mal (Tonic Clonic) and lasted 9 minutes. 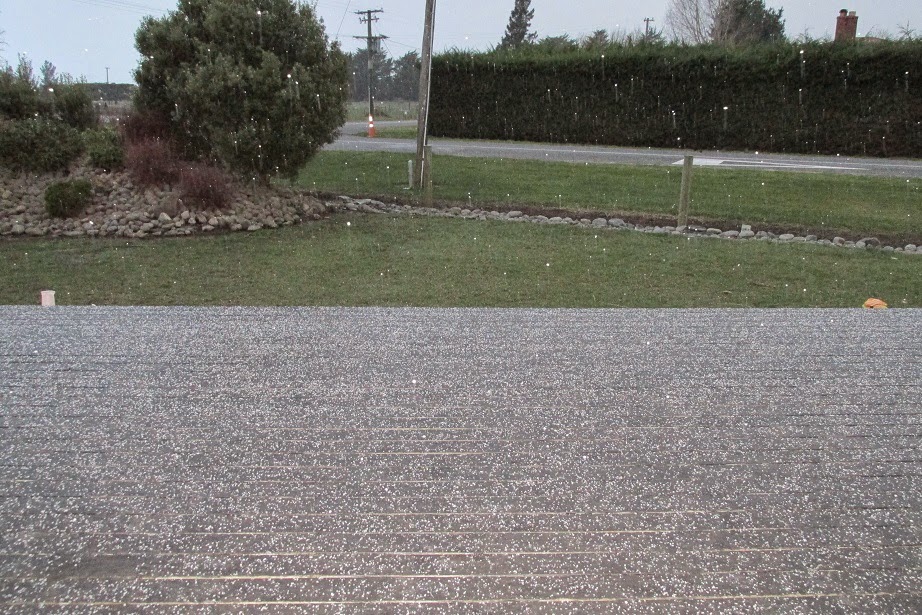 I was so thankful that she breathed steadily through it. The last minute got slower and stronger as often happens with these long ones and that (so far) has indicated it will end soon.
She didn't breath well through that last minute or so but it did stop and she took a lovely big breath. She then had a lovely long sleep and woke up with a wonderfully friendly "hi" and a smile and a cuddle.
Asher has been rather "needy" of me over the last month or so and it has been even more so with her having a cold. She struggles regularly at nap time and bed time, so last night Brendon offered to give me a break and he rocked her (very gently) to sleep. 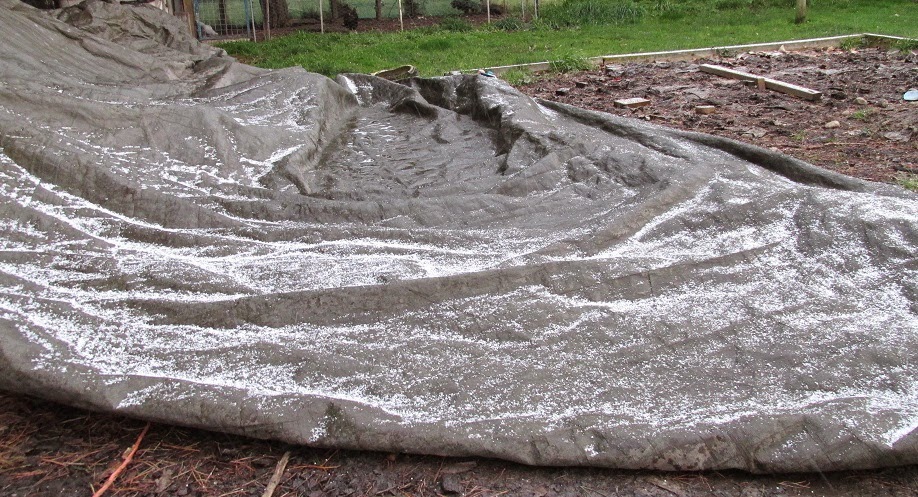 So with the seizure this morning we don't know if it has something to do with that little bit of rocking, or her cold, but we have decided to start her on the Vitamin B6 that the doctor prescribed for her.
We then got to see the tiny bit of snow that fell. Ruth had gone out earlier to take some photos. It was enough to get them all excited but didn't last long at all. We got a bit of hail later on too - which was again much fun for the kids. 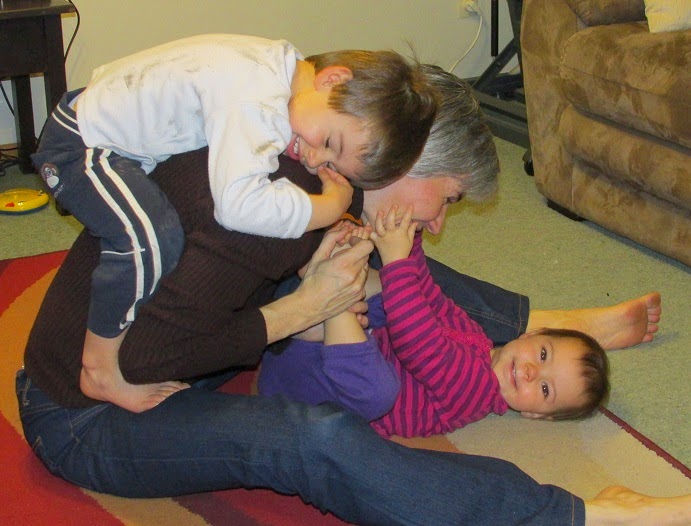 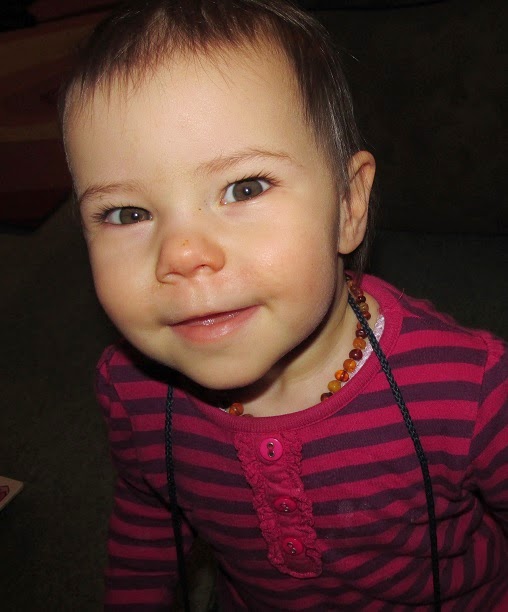 A cute one of Asher taken after dinner. She was playing on the harmonica again and after every few blows she would stop and give a big smile. Such a sweet child.
Then it was a bit of play time with Mum. I know it's a guarantee that as soon as Hezekiah sees me on the floor with Asher he will come and join in the fun. Such special times. 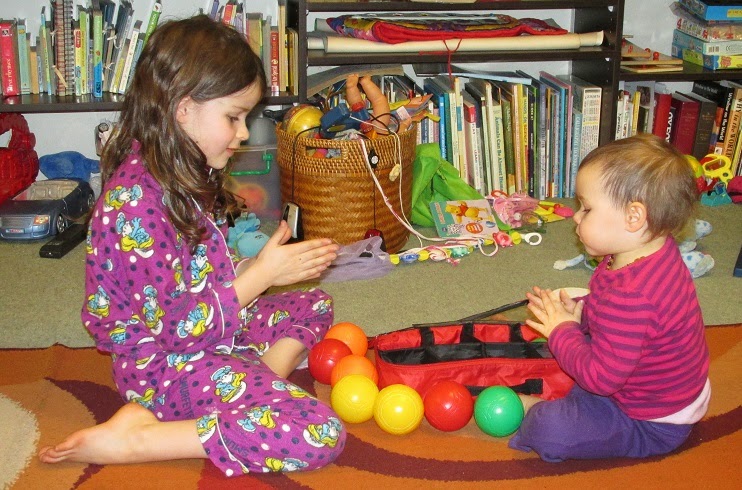 And then Hannah joined Asher with a game with these balls.
Every time Asher put balls into the bag she would clap. Brendon pointed out that the photo looks like they are praying. :-)

Saturday 9th. I know this is a bit of an odd photo - but I had to smile when I saw how Hannah had packed the plates this morning. Just the sort of thing I would do. :-) 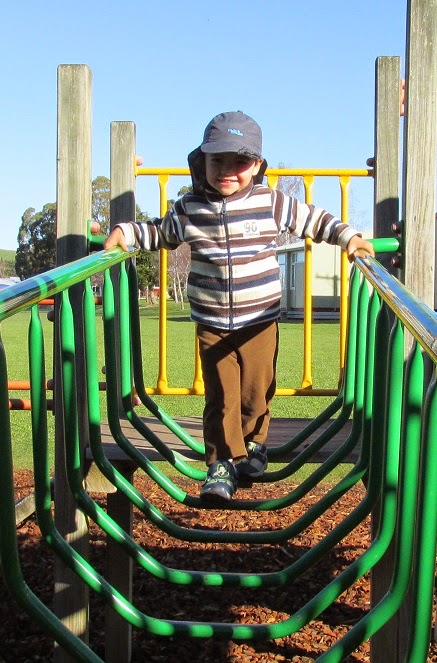 It took a bit of convincing to get Hezekiah happy to go to the school's play ground today rather than his normal request of the "Play Centre". As soon as we arrived though he was thrilled with all the fun things to climb on and do.  He was that impressed that he told Dad next time they must go to the play ground. 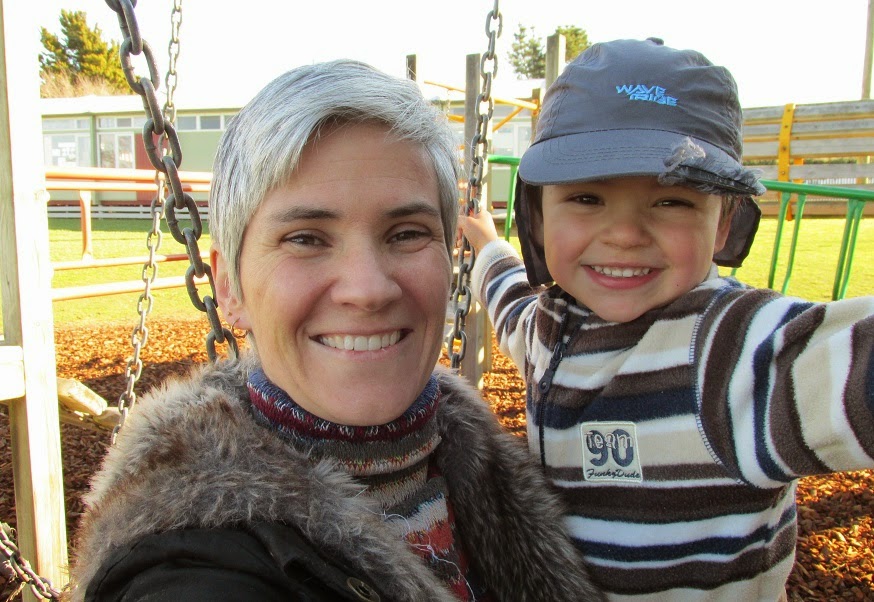 A special time with this special little man of mine. I love how it looks like Hezekiah is taking the selfie. :-) 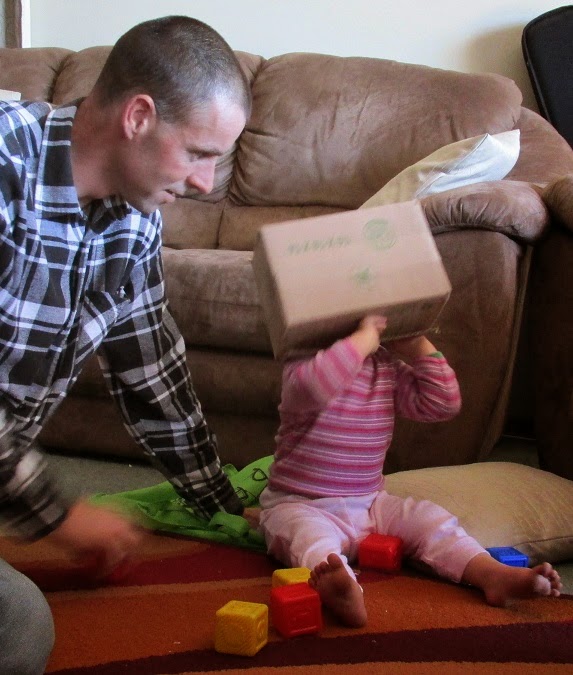 On Saturday evening, just before bed, Asher had a short 1 minute Tonic seizure (tonic being when she just goes stiff). She didn't breath through the seizure - so we were very pleased when it stopped so quickly. She was very tired and had a good postictal sleep. I kept her in my arms for this sleep and could tell when she started moving and moved into a more normal sleep. I then put her in her cot and she had a good sleep through the night. She was rather noisy through the night though (with having a stuffy nose from her cold) and so I had her in the bed with me again so that I could sleep better. Brendon however did not have a great night and struggled with a sore throat through the night.
So Sunday saw us missing church and just staying home so everyone (especially Brendon) could get a bit of rest. Thankfully he dosed up on things and was feeling much better by the evening.
Thankfully Asher again woke happy and full of energy and had a good day despite her runny nose and cough. The photo is from Sunday afternoon - Asher having some fun with the blocks and the box. :-)
Posted by Buckland at 10:00 PM