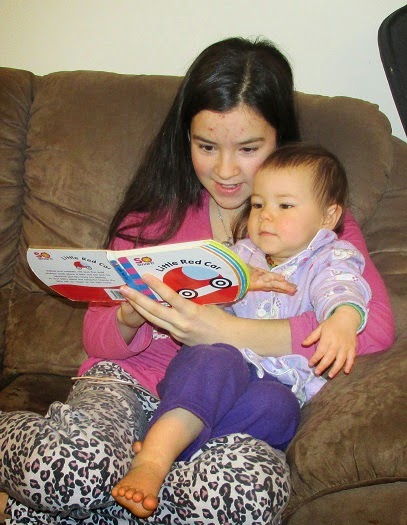 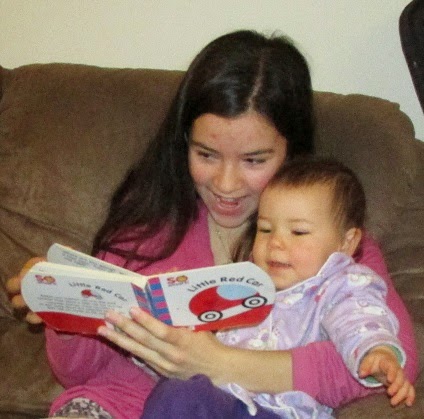 Friday 1 August. Rachel reading to Asher while I made her breakfast. Ruth the photographer. :-) 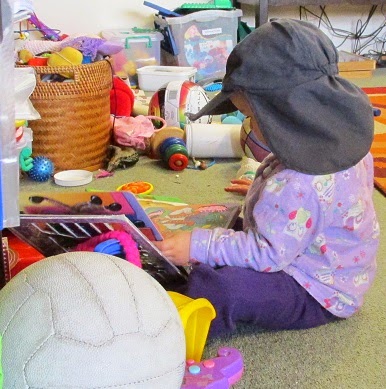 After breakfast I had so smile when she put Hezekiah's cap on. Happily sitting reading her books. 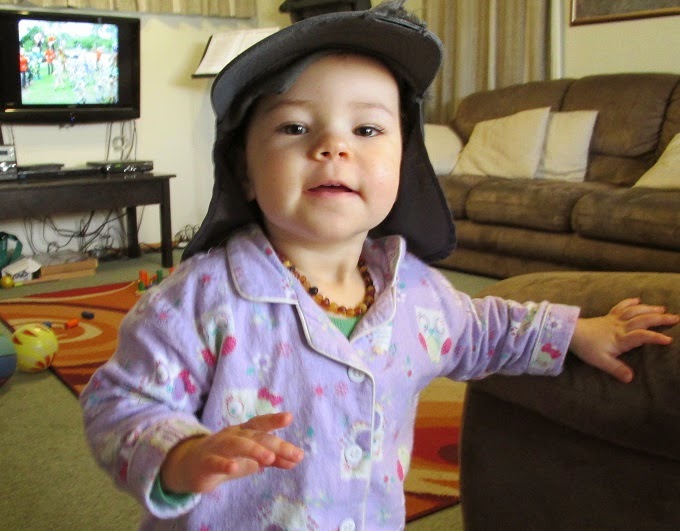 Wiggles on in the background. She loves just having something going - even when she is sitting reading or playing with something else. Such a cutie.
As soon as she saw my camera she came running over. 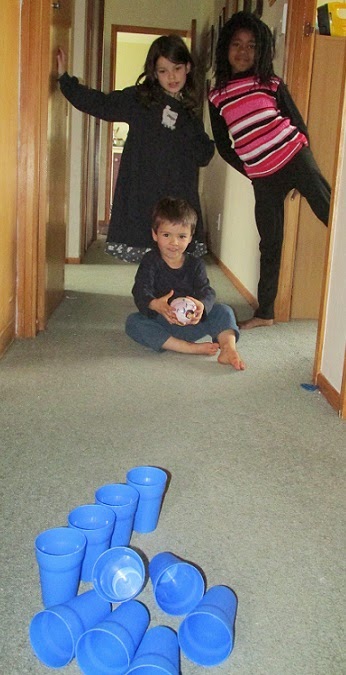 Ruth wanted to get a game going for Hezekiah and so she set up ten-pin bowling.


Below: Time for monthly children's photos. 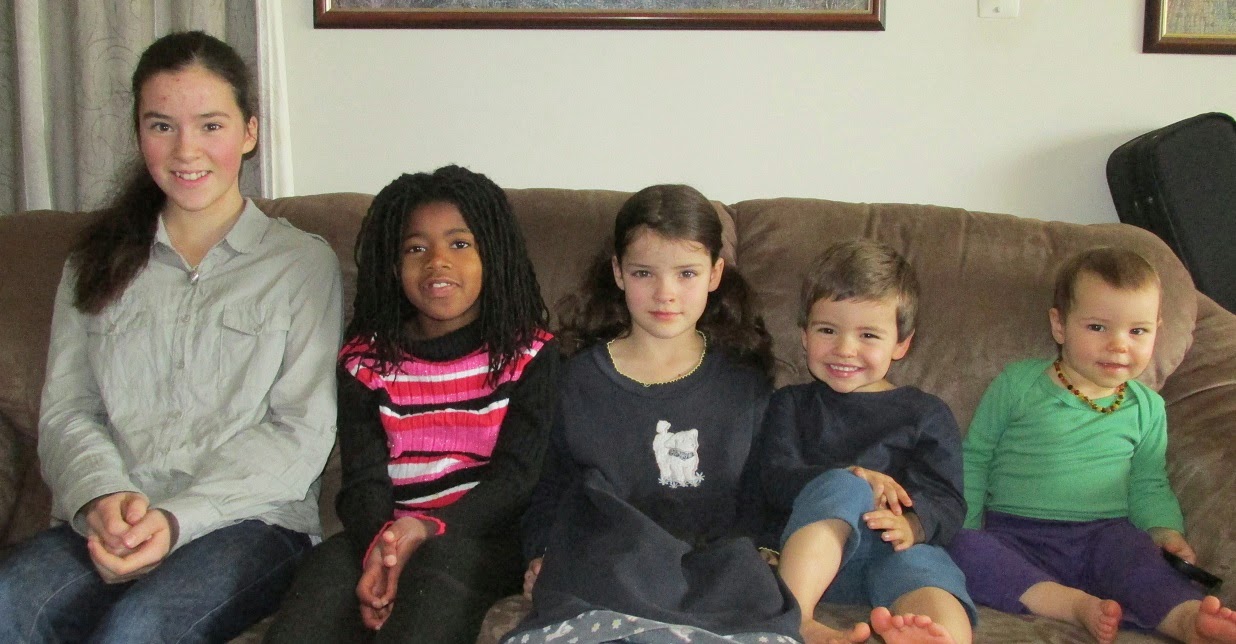 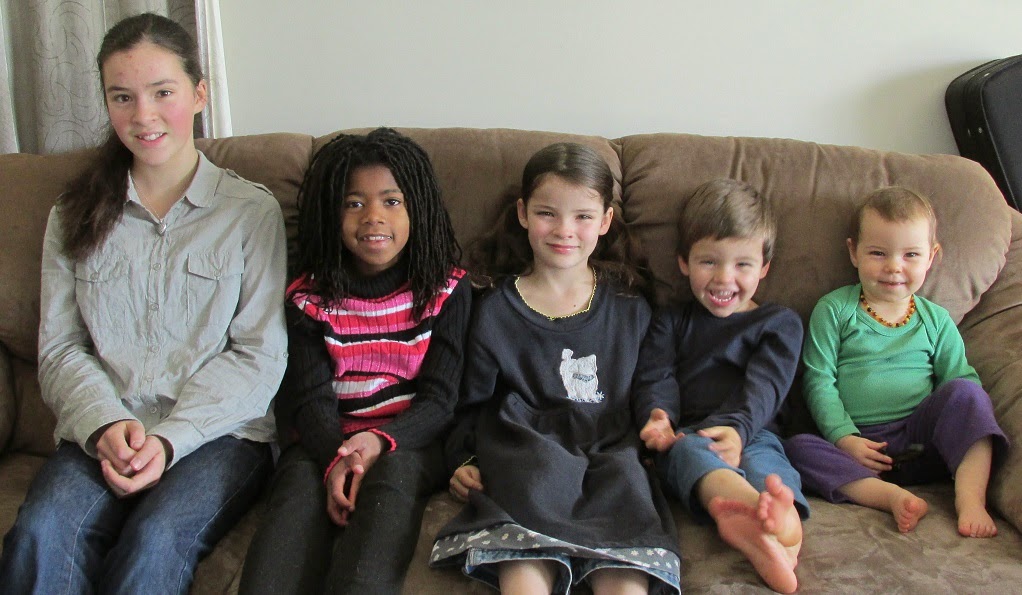 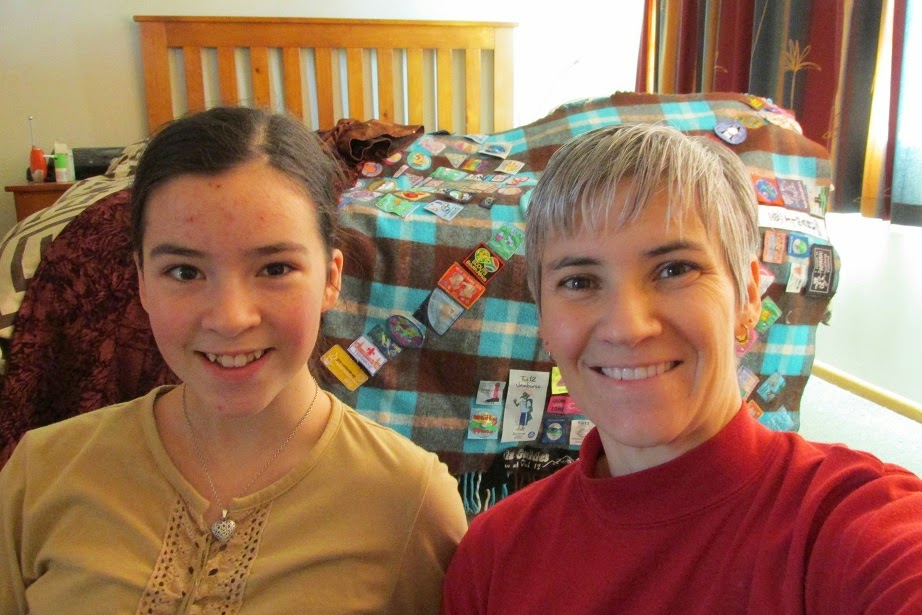 Saturday 2nd August: Rachel and I got to spend some time today doing some sewing jobs. The dress she is wearing to the Bat Mitvah next weekend needed a little adjusting - so we got that sorted and then pinned on the extra 50 odd badges she had for her camp-fire blanket. It's going to be a big job sewing them all on. We do sew them on with the machine - but it's tricky work. At least it's one step closer to being done. She does have so many lovely badges and wonderful memories to go with many of them. 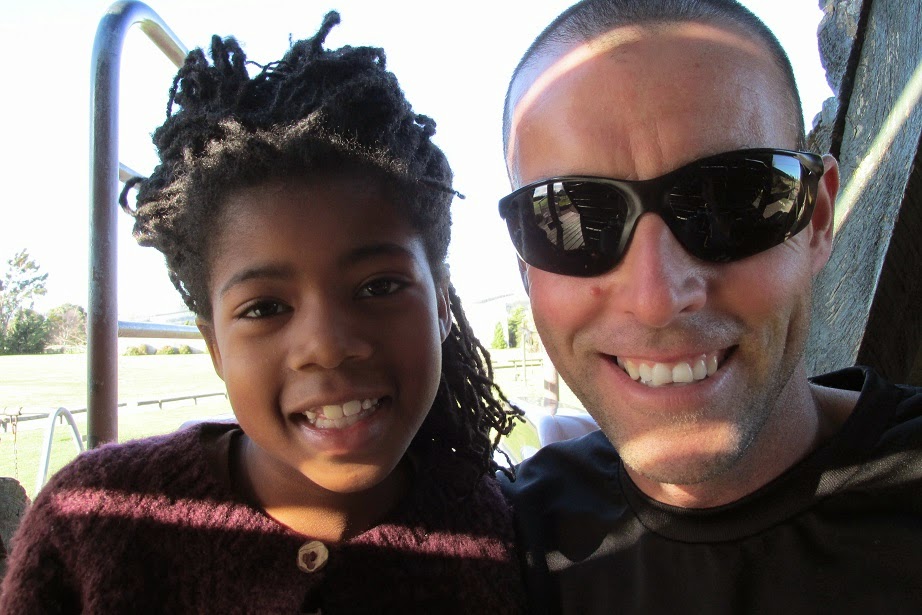 Rachel then headed off to stay at the Love's home because she was off to a St John competition with them on Sunday early in the morning. Ruth travelled with so that Brendon and her could get their "parent-child" time. They had hoped the "Corner cupboard" would be open as it was so close to the Love's home - but it was closed. So they had a snack at the tea rooms and then had some fun on the flying fox. Brendon had thought about trying to get one with them both on the flying fox - but this was the safer option. :-) 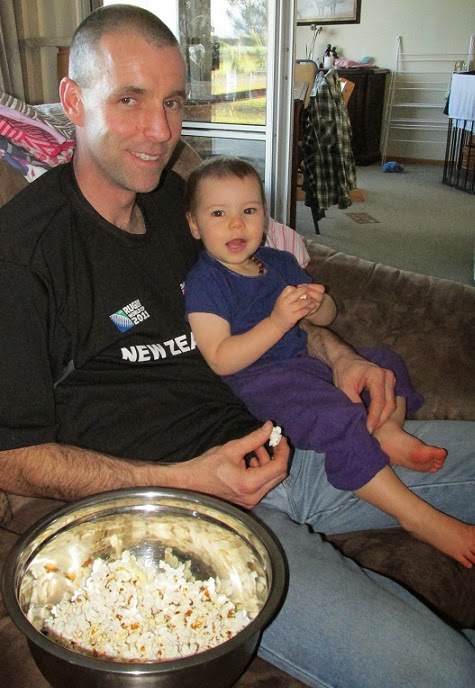 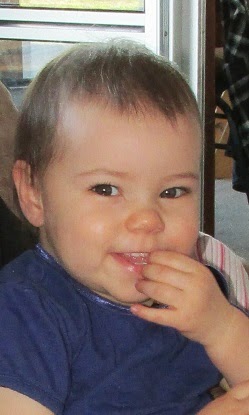 Look at that sweet face.
Eating popcorn with her Dad. :-) 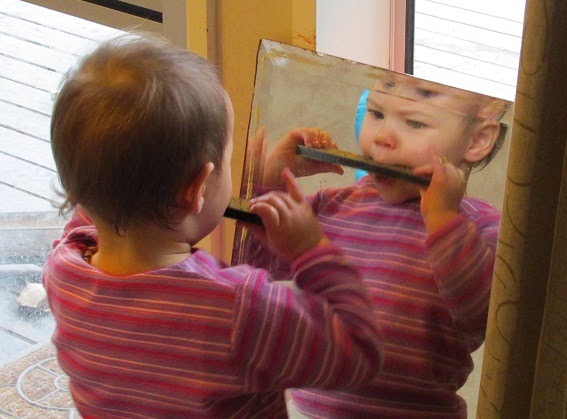 Sunday 3 August. I managed to get this photo before Asher could see me with the camera. It was so sweet to watch her playing the harmonica along with the baby in the mirror. 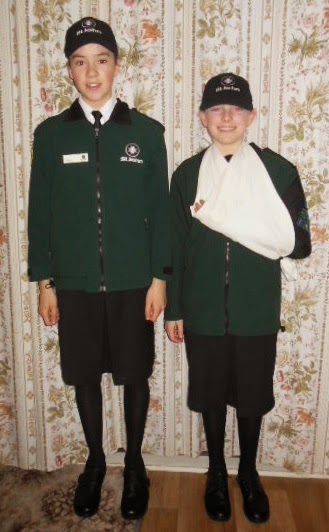 And then a photo of Rachel on Sunday morning. I will leave it to her to do a full blog post about it all. She had a great day.
Posted by Buckland at 10:00 PM