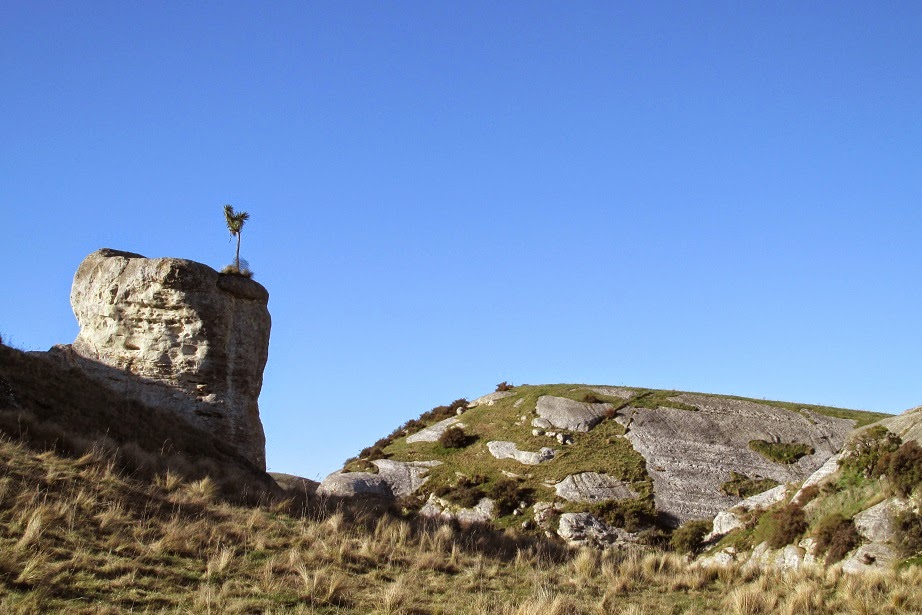 Rachel and I headed off just after lunch to do the "Maori Rock drawings" walk from Waikari.
This photo is probably the highlight for Rachel. She was fascinated with that tree growing on a rock. It even had mesh around the base of it - but she could not work out how anyone got up there to put it on.

We stared at the tea rooms which was nice because they had a map there - with the note that the walk we were just about to start was approximately 2 hours return. That got me to be a little bit more prepared for what lay ahead of us. 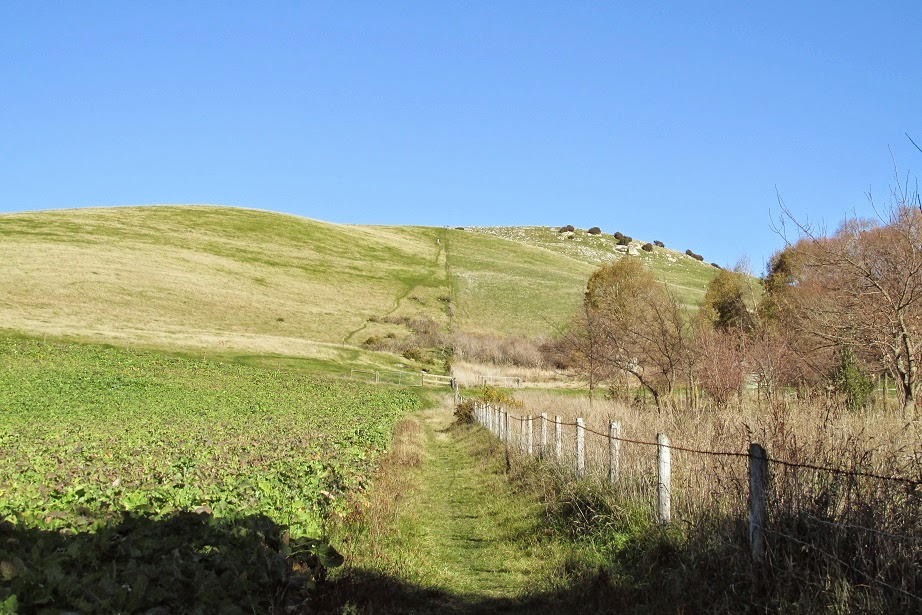 This was the start of the first climb. I thought we would be getting to the top when we reached the top of this - but there was a bit more to go after this. 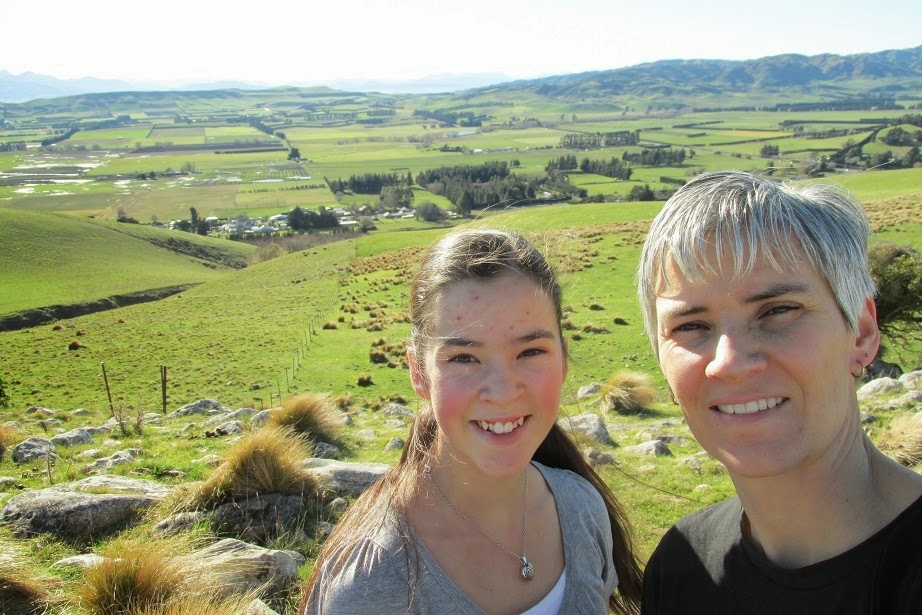 I should have taken a photo of that next climb - with the rocks just behind us in this photo. It was very steep here. This was at the highest spot. We climbed from 230 meters to 350. So a good 120 meters higher than when we started. It took us about 25 minutes to get here. I had to stop a couple of times to catch my breath. 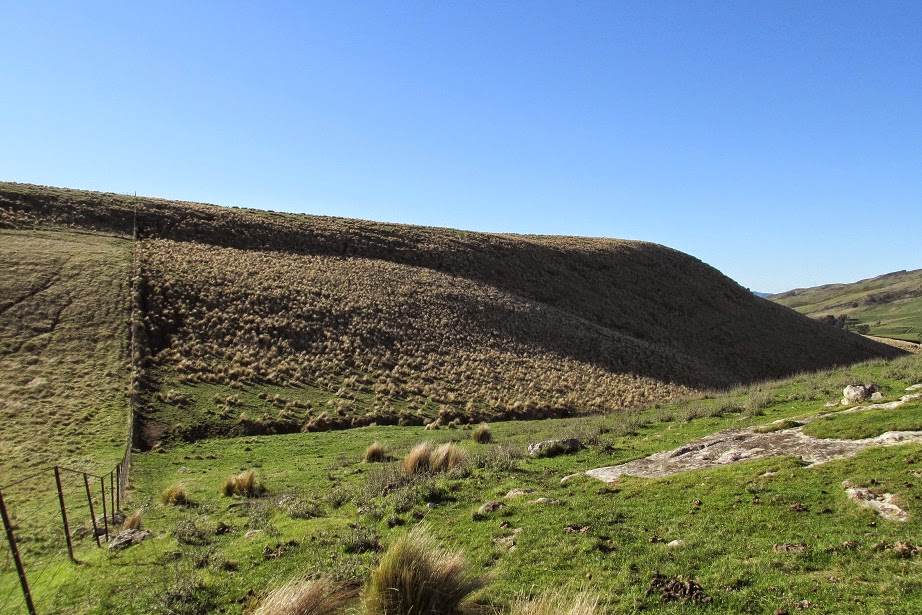 Then there was another little "down and up" before finally heading down to the drawings. (This again pointing back - to where we had come from). I was not looking forward to going up there on the way back because it was very steep coming down. I had found it was more comfortable on my knees if I ran down. So it's not something that would be easy to do with the younger children. I could not imagine doing it with a child on my back. 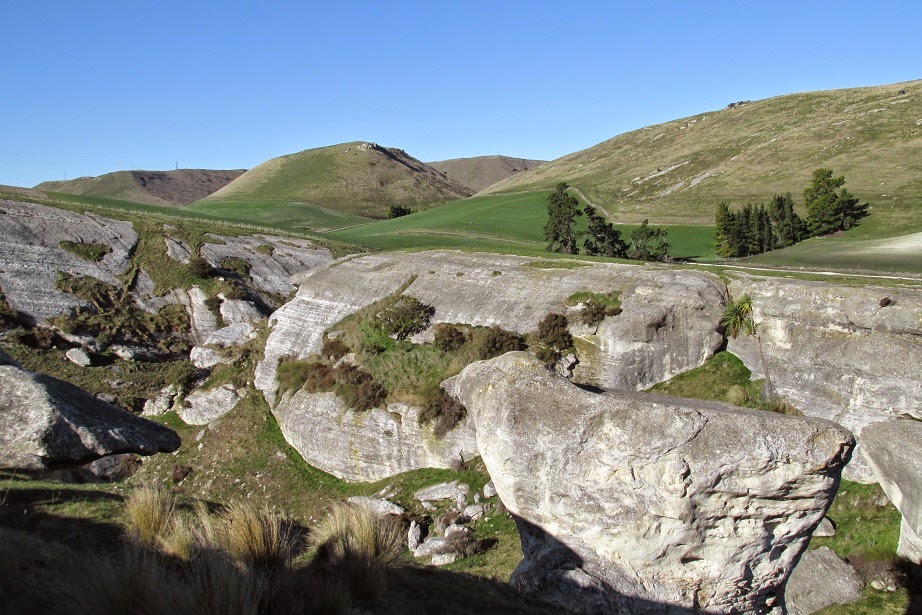 Then we got to this rocky area. You can just see that rock with the isolated tree on it (to the right). The above photo was taken from the bottom of the hill, closer to the paintings.

Some of the drawings. They weren't that amazing. The walk itself and the beautiful surroundings made it worth while though. Rachel and I also got to chat a lot and that was also very special time together. 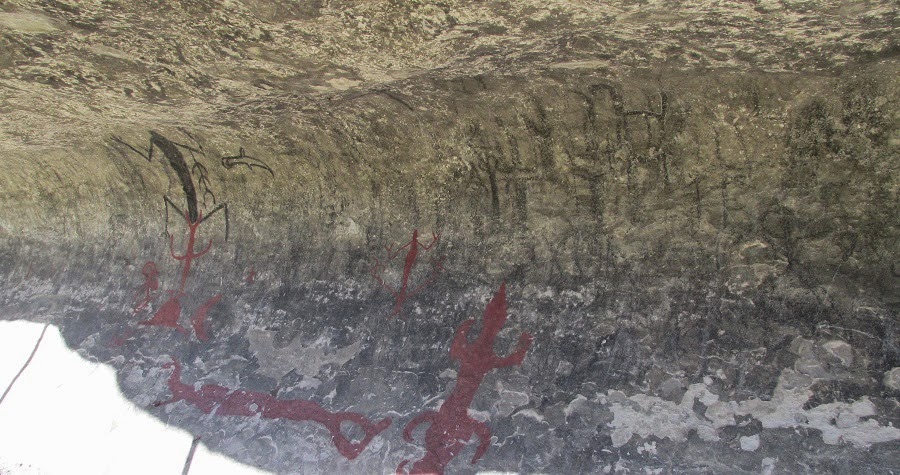 We took a few minutes to look around at the drawings and then started to head back (stopping to chat to one or two other groups). The outward walk took us about 40 minutes. The walk / run back only took us 25 minutes. I just found it so much easier to take a slow run down - so we made excellent time. Just a few minutes over an hour (rather than 2 hours). I had a look on google earth and the walk is just over 4.2 km. So not bad at all (with all those climbs).

I took these three photos from the highest point. My new camera doesn't do the big landscape pictures as well as my other camera's - but it does give you and idea of the beauty from up there.