Lovely to have Dad home 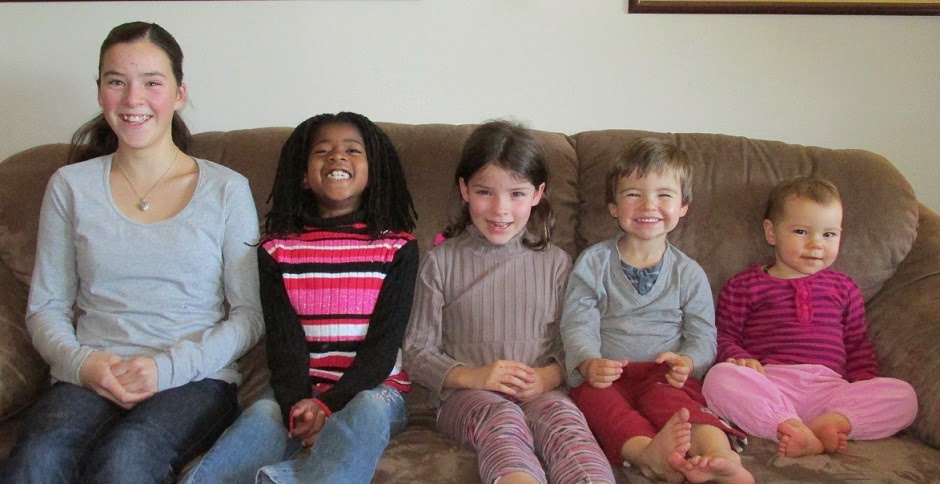 Monday 2nd June - got around to the monthly children's photos this morning. Hezekiah trying far too hard to show his teeth. :-) 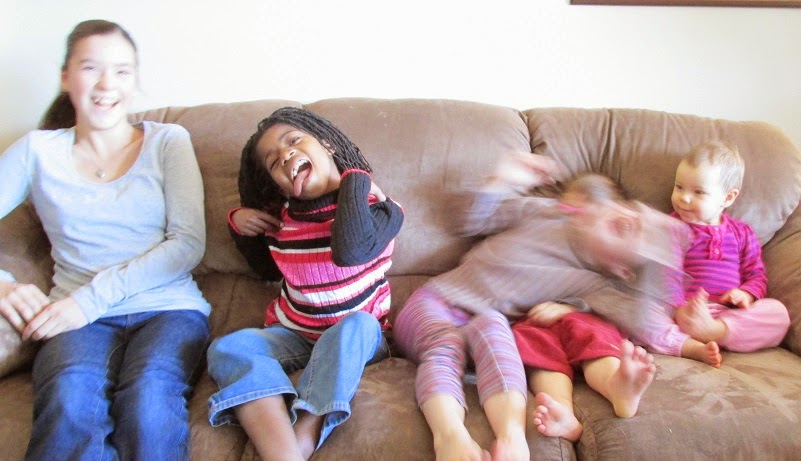 And then Ruth and Hannah wanted to do a "funny" one. This is quite typical of Hannah - rather physical with Hezekiah. These two play rough together and it's great that even though he is the only boy - he has a rough playmate amongst the girls. :-) 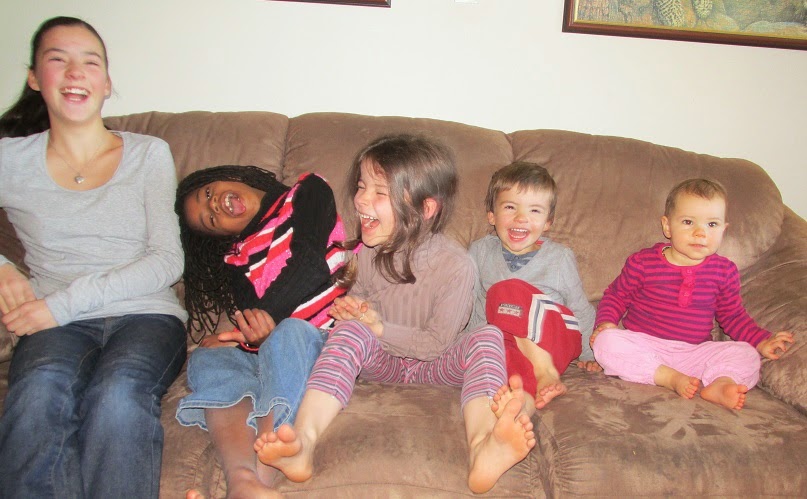 This more from the funny things Dad was doing behind me.
Below: With Brendon off this week he and the children managed to do a bit of work on the stones a few times (thank you Lord for the wonderful weather that made this possible). Hannah was such a hard worker and sifted through loads on her own. We got the wrong stones way back in December and this lot has sand that needs to be sifted out of it. So it's really slow going. The results of their work was very evident on the berry patch where the stones go - so that was nice. At least they could see there how much they had accomplished (even though there is still a pile on the drive). 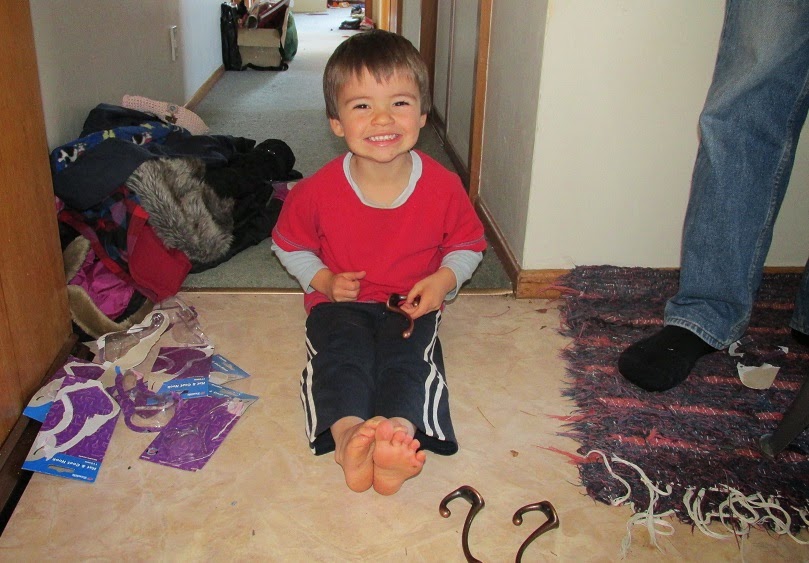 Wednesday 4th: One of the items we got at the hardware store this week was hooks for jackets. We have a bit of wall space at the back door - so I suggested we put some hooks up so that we don't have jackets lying in the passage all the time (as seen behind Hezekiah in this photo - a regular situation through winter). 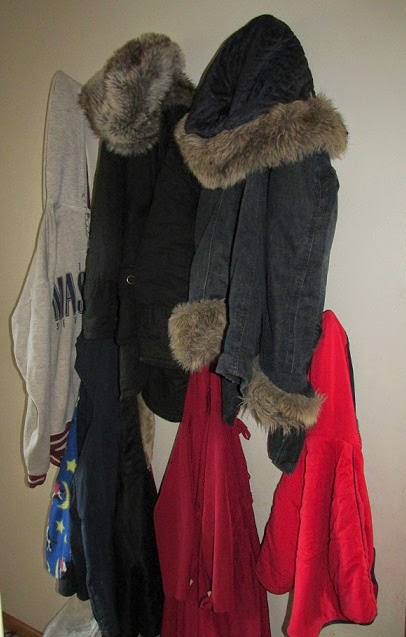 Hezekiah was a great helper in opening all the packages and keeping all the screws together. He was especially thrilled with the results and put his jacket on a number of times today. :-)

Enjoying the sun after lunch. 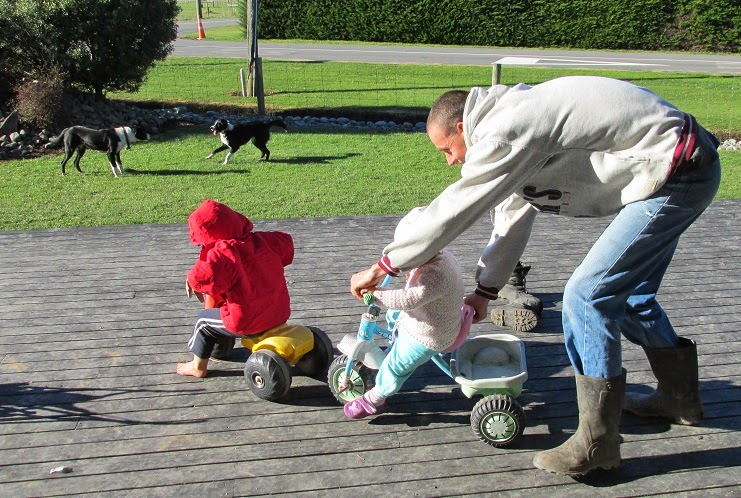 Hezekiah getting chased by Asher. :-) And the dogs enjoying a bit of chasing too. :-) 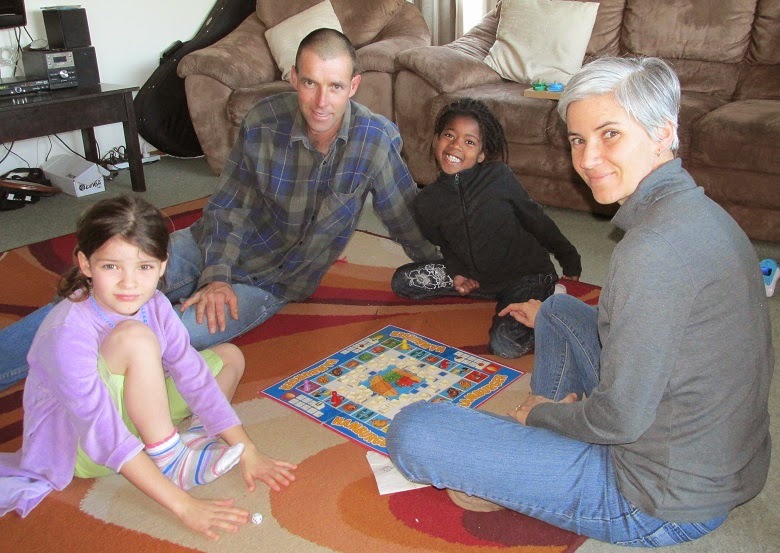 Playing a game with these two girls while the younger two had an afternoon nap. I had done some sorting on the book shelf this morning and this was one game that had been hidden under a pile of things. 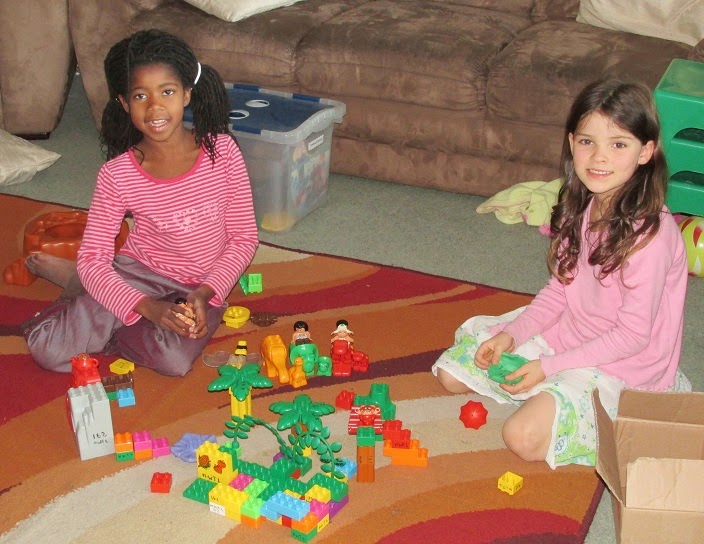 Thursday 5 June: Nothing like pulling out an old game to get the children's imaginations stimulated again. Ruth and Hannah enjoying some quiet building and playing time when the younger two were in bed today. They know that at this stage Asher just thinks all towers are made to be broken. :-) So for totally uninterrupted play - they choose their time. 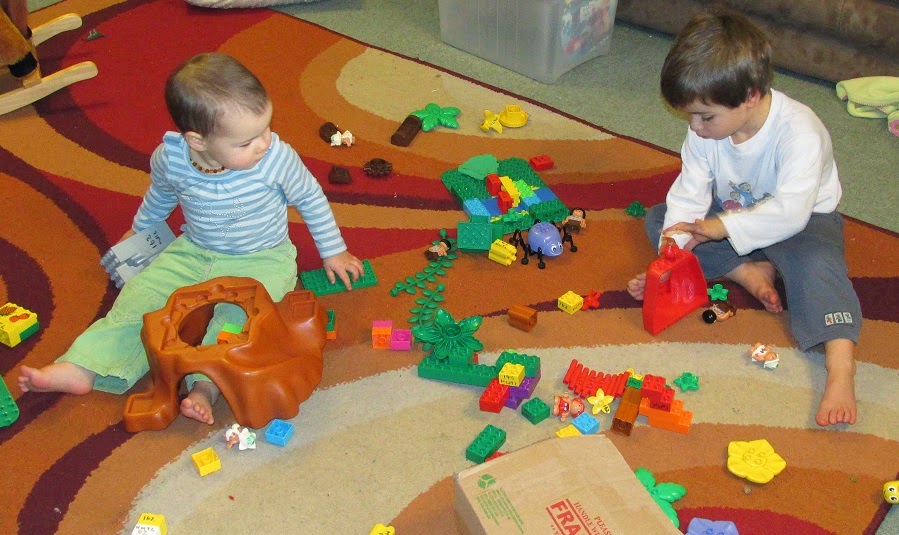 And wonderful to see Hezekiah coming up with different stories and situations with all the little characters. 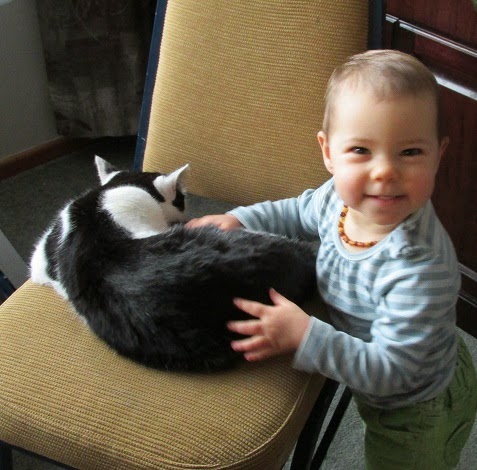 Asher loves Patches too. She takes every opportunity she can get to give her some love.

On Tuesday we had gone to the beach (separate post with all those beautiful photos) and just as we were leaving and getting Asher out of her wet clothes - she had a very short vacant seizure. It had been 6 1/2 weeks since her previous day of seizures - so we were thrilled with this nice big gap. Even more than the previous 5 weeks. It was a really small seizure and I realized that it could have been easily missed. She didn't stop breathing or go blue and continued to stand. I just realized when she dropped the stick she was holding (which she would normally not do) and did not help pull her arm out of the top (which she would normally do). She was just still and unresponsive. Rachel helped me get her dry and as dressed as we could. The other children quickly got themselves as sand free as they could and we headed home. 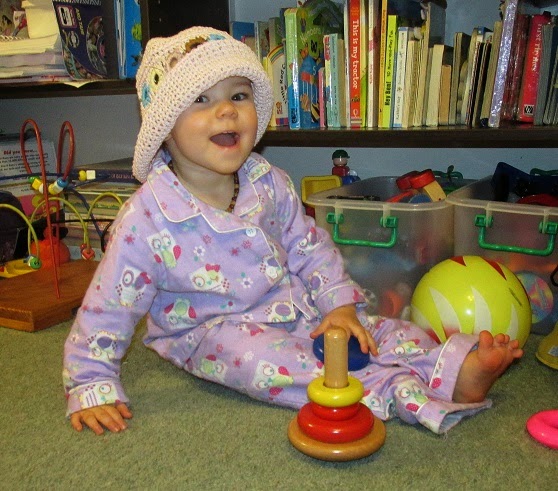 I kept her warm and watched her closely for the trip home (about 40 minutes) and she slept the whole way. When we got home she woke up and we started a bath to help wash all the sand off. She was so excited to see the bath water that there was no way she was going to bed. She enjoyed a lovely bath with her siblings and then a bit later had her afternoon nap. So it hadn't worried her at all. It was really such a blessing for me to see her so interactive and excited so quickly afterwards. She had had a wonderful time at the beach and I am so pleased that although it ended in a bit of a rush to get home - we had a wonderful day together and made some special memories. We are thankful it was only the one little blip for her records - but nothing that worried or effected her.
Our week of having Dad home ended on a wonderful high with a full day out on Friday. So many photos they will have to go in 2 more posts. :-)
Posted by Buckland at 10:00 PM