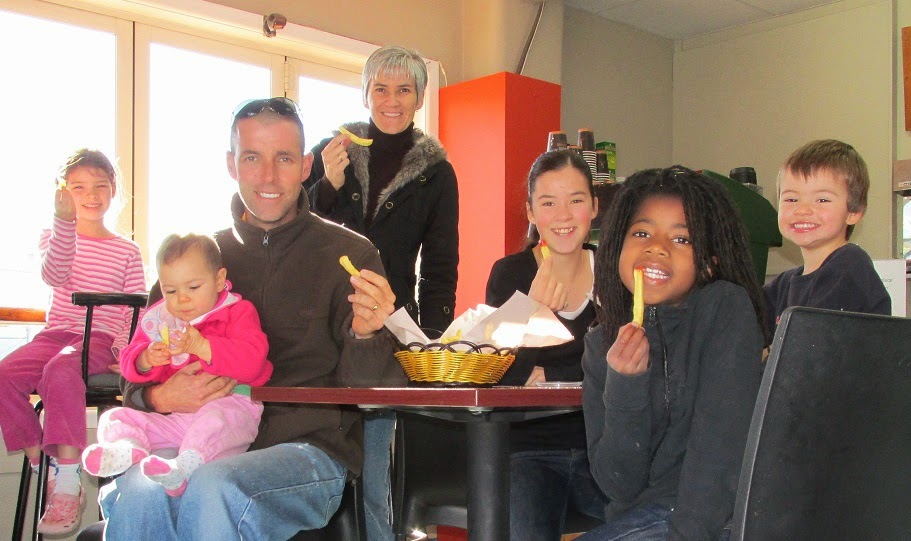 We needed to get some things at the hardware store and so planned a trip to the beach for afterwards. We had made all these plans but when we arrived at our spot for lunch - it was closed. So we had an adventure trying to find a different spot and we discovered a lovely take away place that had delicious hot chips. We also then decided to try a new beach (that was close to were we had lunch). We were all so pleased we did. There was no long walk to the water and no difficult stony area to cross. And being a week day - we had it all to ourselves. 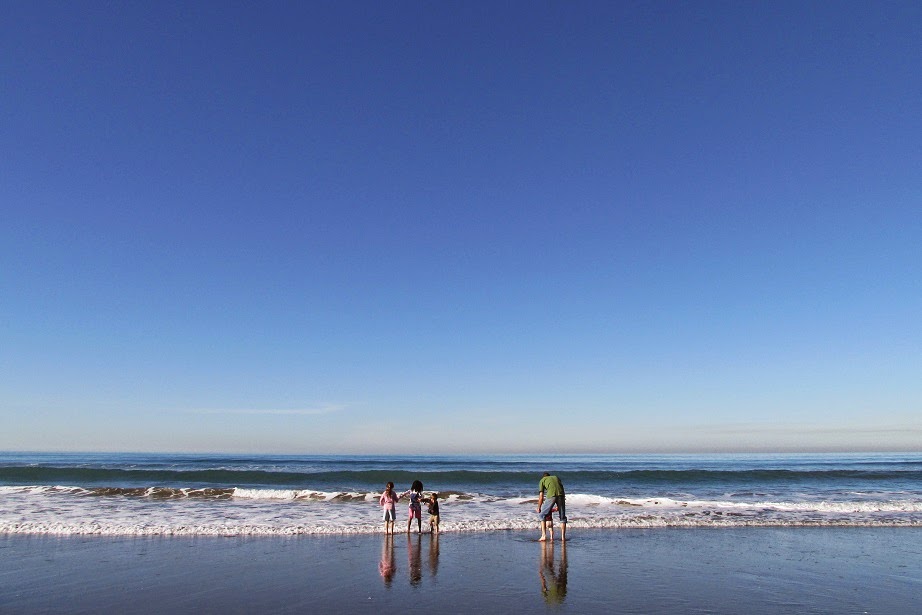 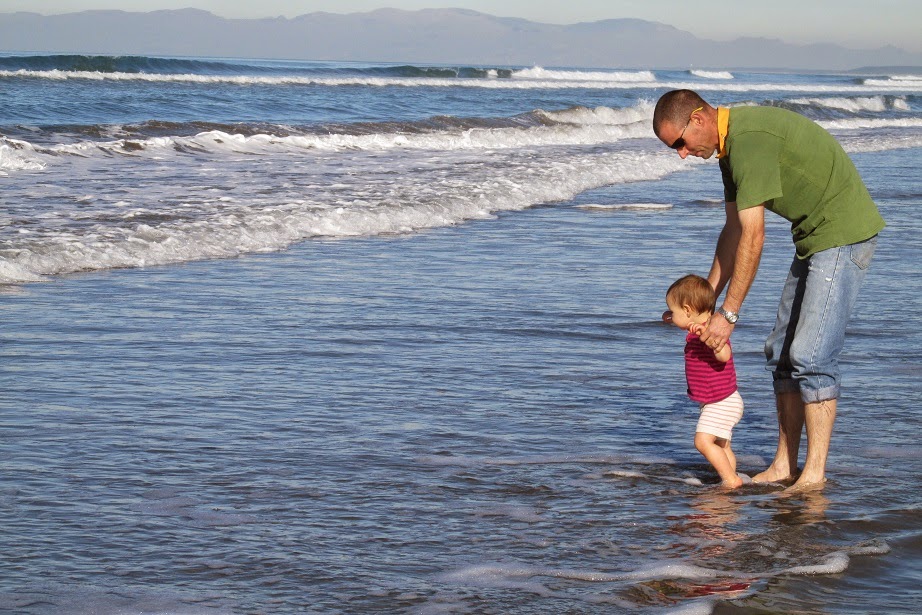 Above: What a magnificent day. 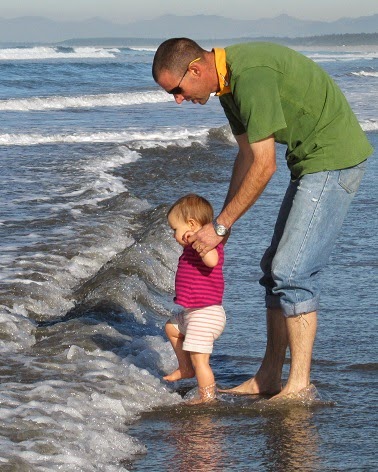 We brought shorts for Asher this time as we knew she would want to go into the water. She just loved it. She kept walking further and further in. 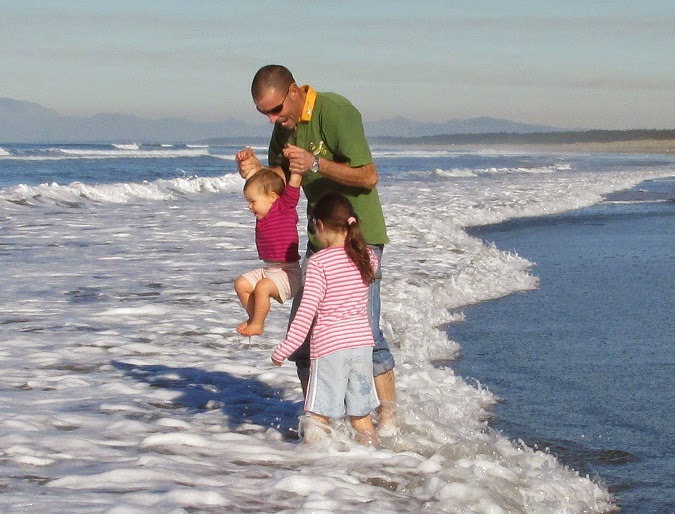 Lifted over the bigger ones so she didn't get too wet.

The waves were just beautiful to watch. So I had some fun taking a few photos.

Then we headed up to the dry sand to allow our feet to warm up. It only seemed to be Brendon and I that felt the cold.
It wasn't long before Asher was heading back to the water though. 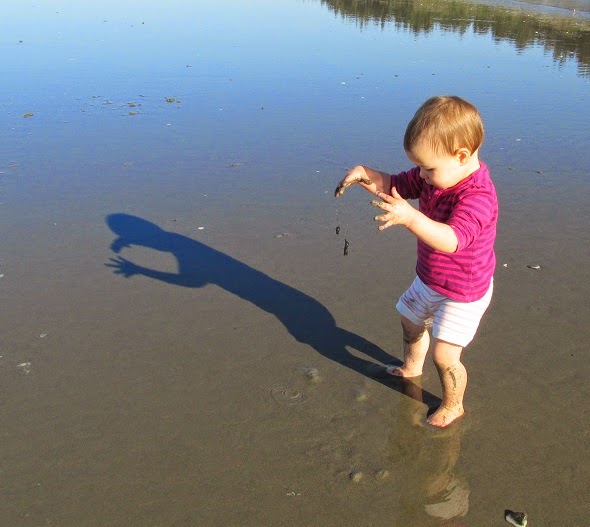 She got delayed here for a bit - picking up the mud and watching it drop off her fingers. SO much fun. 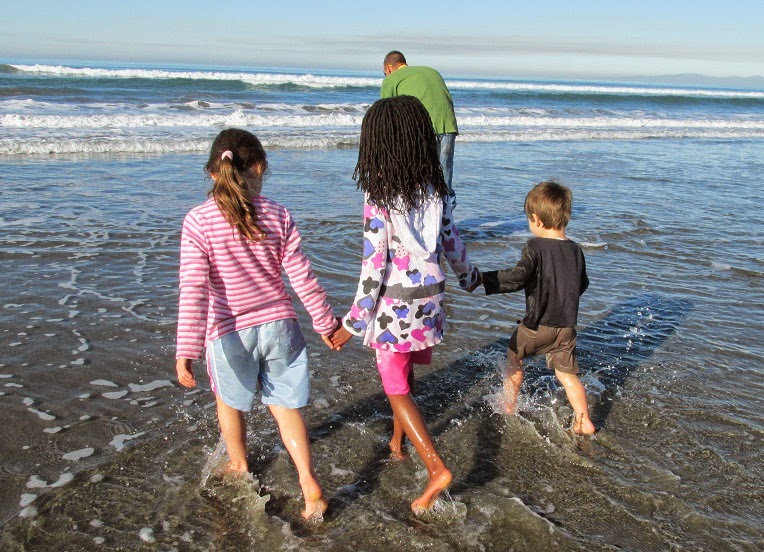 Then more time in the waves. There was a bigger wave which managed to knock both Asher and Hezekiah over. Neither getting their heads wet - but soaking one side. I was close to Hezekiah and quickly ran over to him. He had already gotten himself up so I just steadied him and told him how well he had done (all the while smiling at him and hoping he would not start crying). He did so well and decided he was ok and went back in with Ruth. 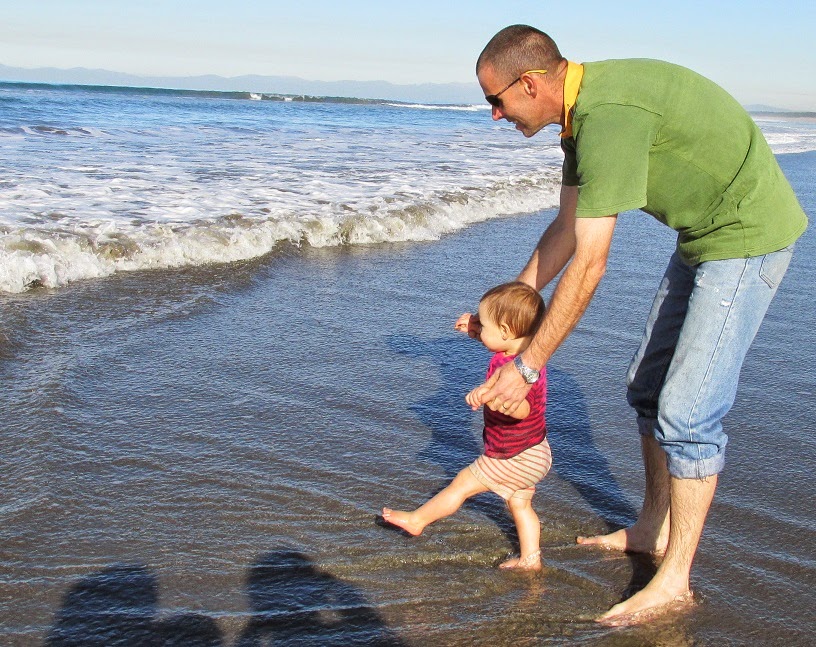 Asher wasn't worried by the fall either. She just kept pulling to go further in. 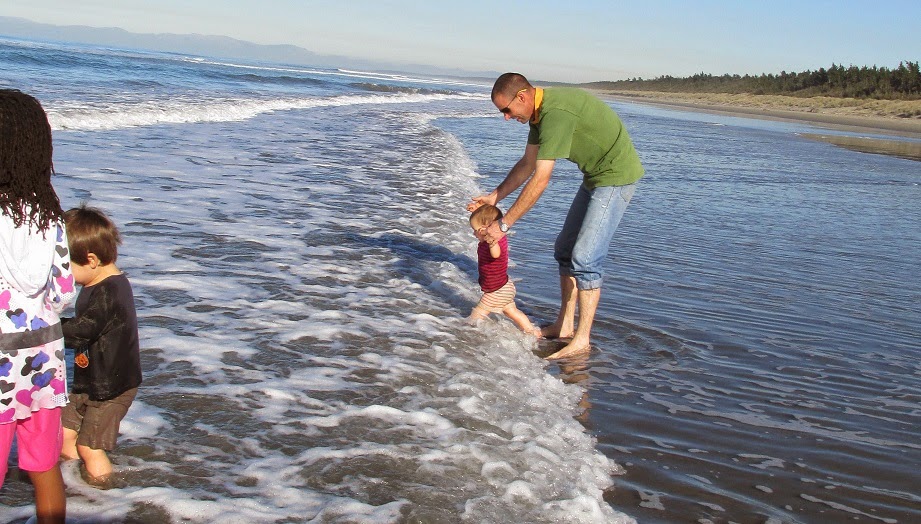 So no longer worrying about keeping her from getting wet. She loved having the waves splash up against her.

Below: It was just beautiful. 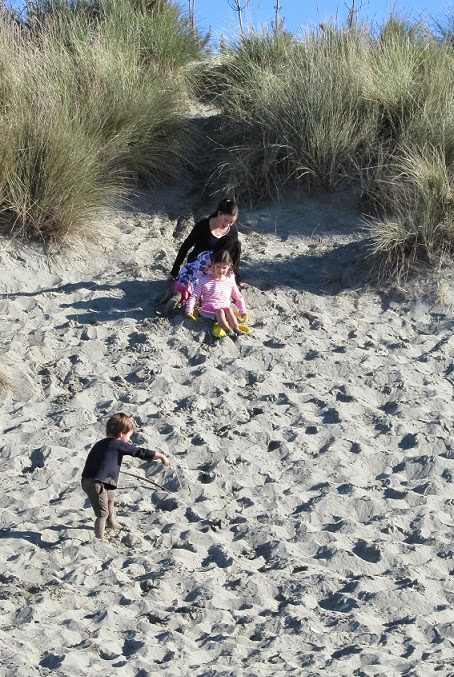 The girls tried to use a sled on the sand dunes - but it didn't work. It just helped get everyone totally covered in sand. :-) The taps at the surf club were not working - so we all headed back to the car quite sandy. The car was due for a clean anyway. ;-)
Posted by Buckland at 3:00 PM