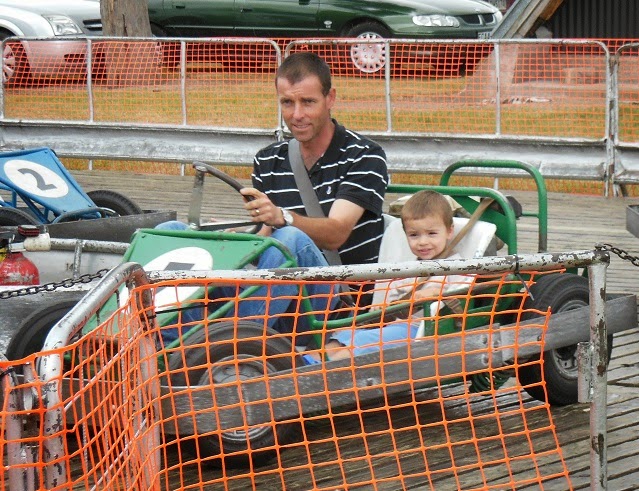 Finally the A&P Show day has arrived. Hezekiah was just so excited about going on the bumper cars that this was the first thing we did when we arrived.
I couldn't see much of the detail of my photos when I took them but had to smile at the serious faces on both to them in this shot.

Leading the pack at this point.


Below: Logan enjoying bumping into them. 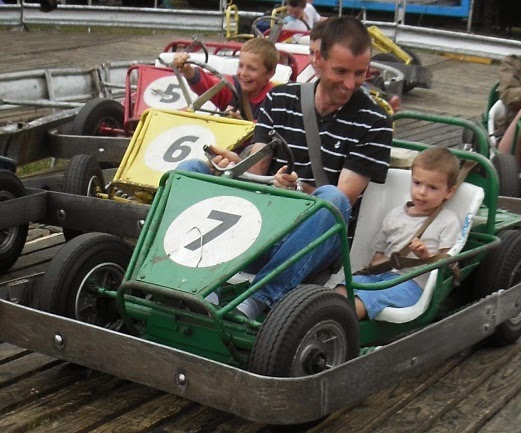 Logan enjoying bumping into them again. 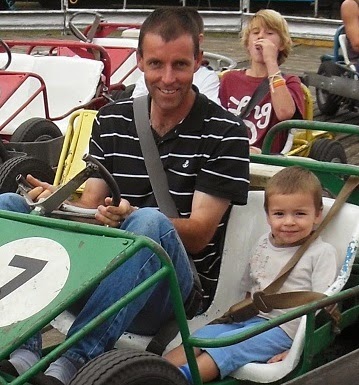 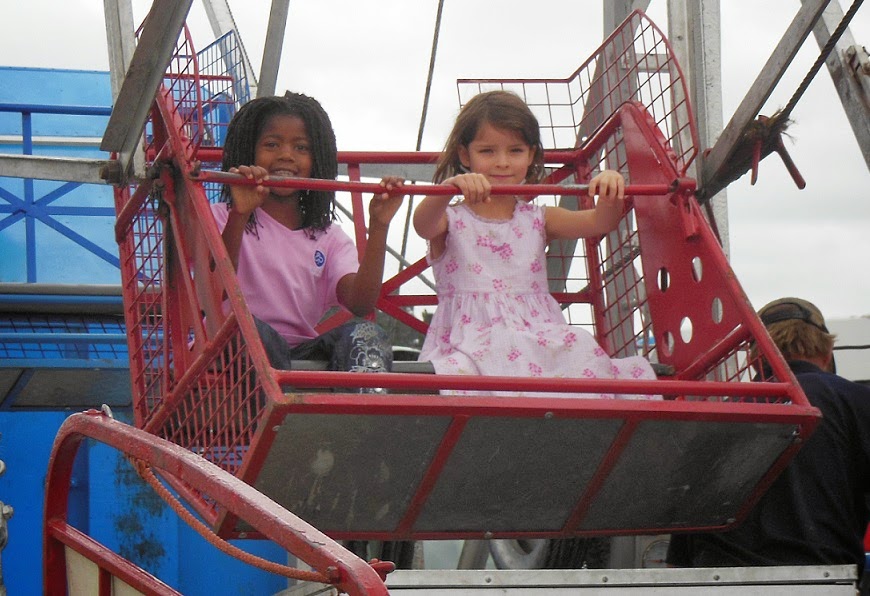 Last year Hannah was rather scared on the Ferris Wheel and so I was surprised she wanted to go on again this year. She had a great time though and even put up with Ruth trying to rock them. 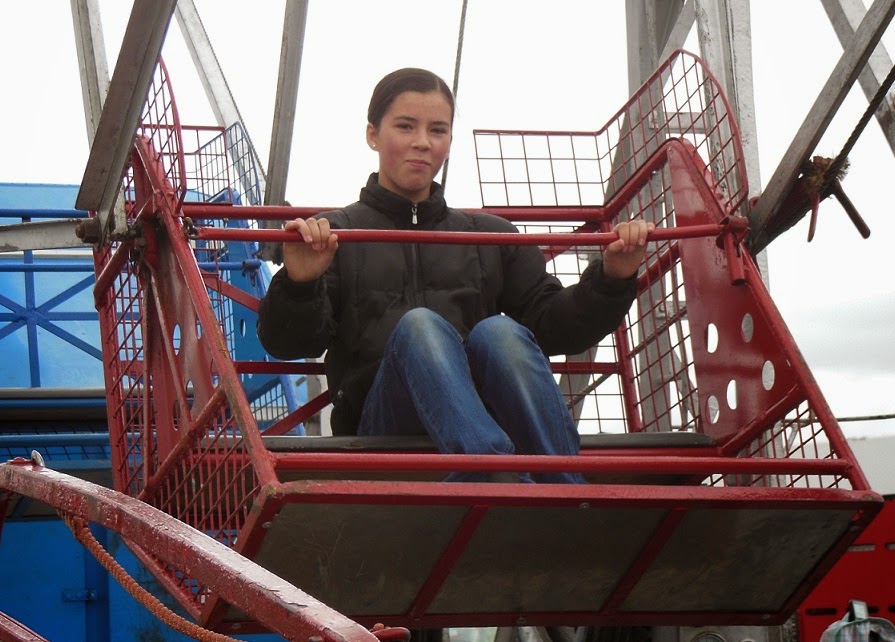 Rachel decided she would go on her own. If I had not had Asher on me in the wrap I would have gone on with her (even though I dislike it). When Hezekiah talks about the day he says "big wheel goes too high" but he wants to go on it next year. So perhaps Rachel and I will get to go with him. 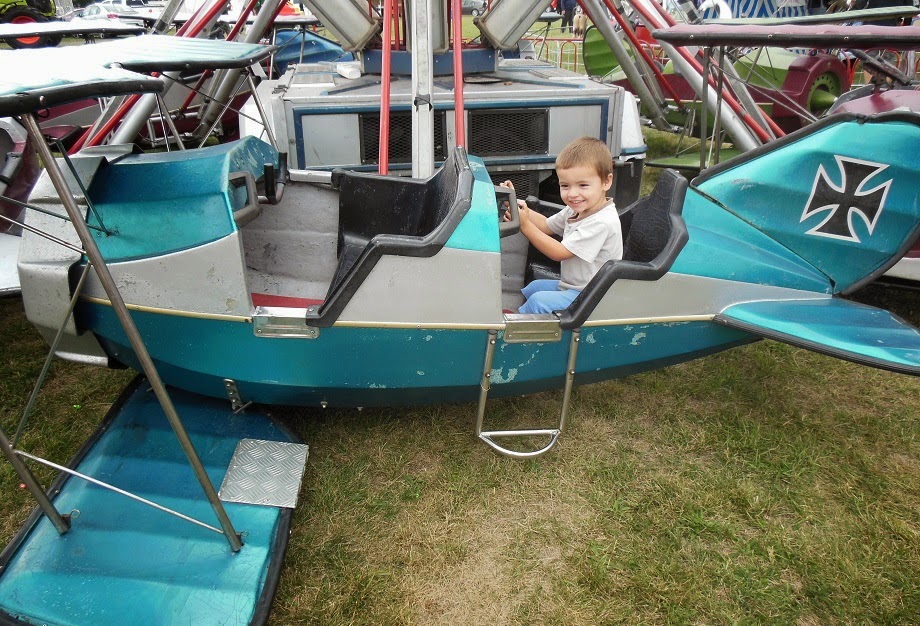 Then onto the aeroplanes. Hezekiah told Nana about the "blue aeroplane" the following Wednesday. He had the photo in the back but then moved to the front seat. I was a little nervous about him going on his own but he had a great time. 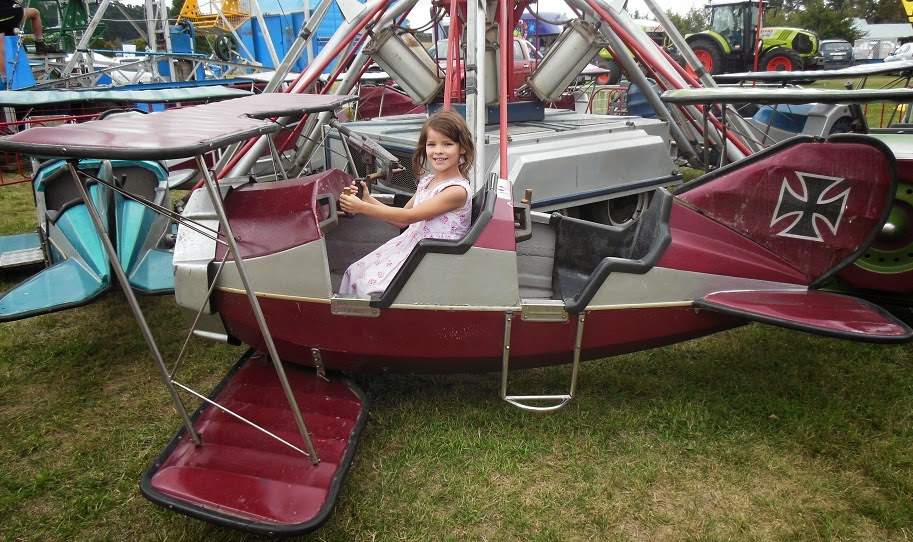 Hannah grabbing a red one. 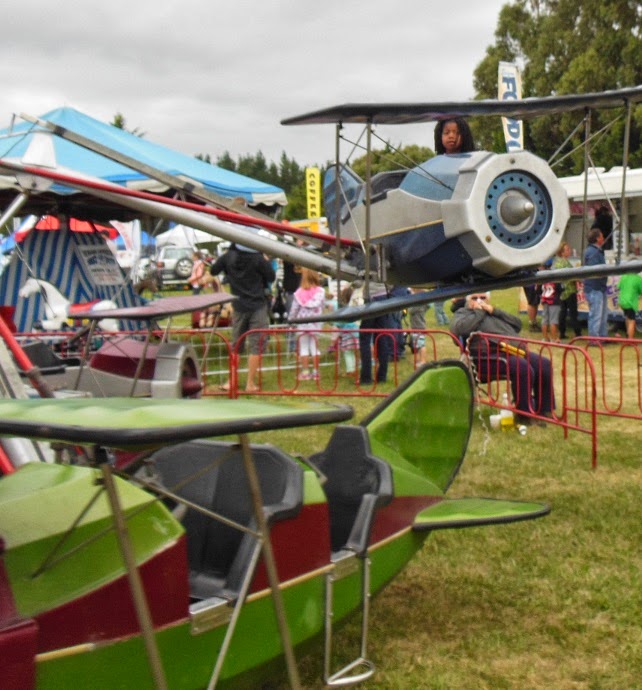 And Ruth managed to get on just in time too. 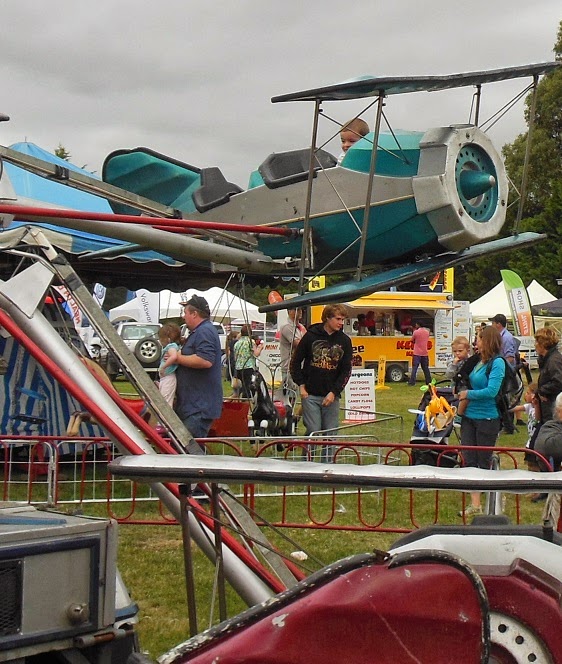 It didn't take Hezekiah too long to hear our shouted instructions to pull the lever DOWN to go UP. He was so pleased. I think next year he will probably get the hang of going up and down. This time he was just so upset when it landed at the end and wouldn't go up again. :-) 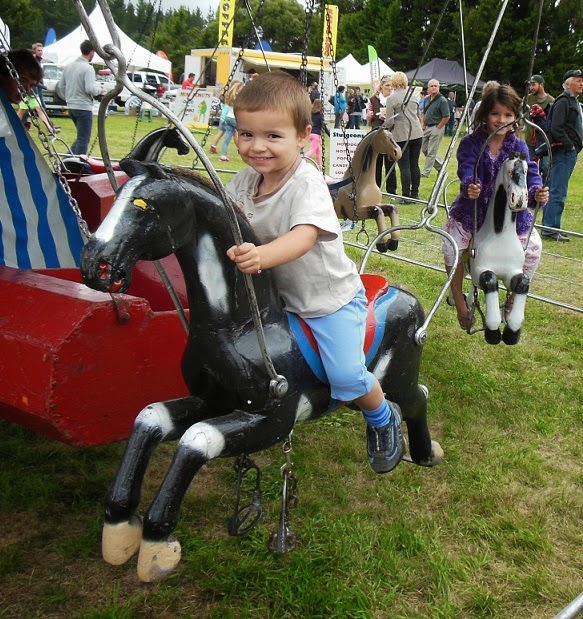 Then another highlight for Hezekiah - Mary Poppins' Horses. :-) 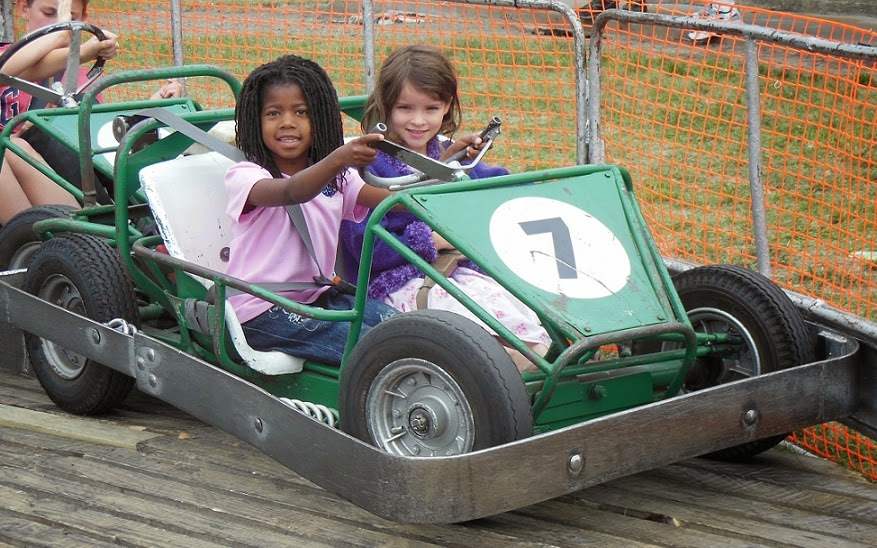 The last thing was for Hannah to get the long awaited bumper cars ride. She looked happy enough at the start.
And Ruth is an excellent driver too - avoiding many of the other cars a lot of the time. 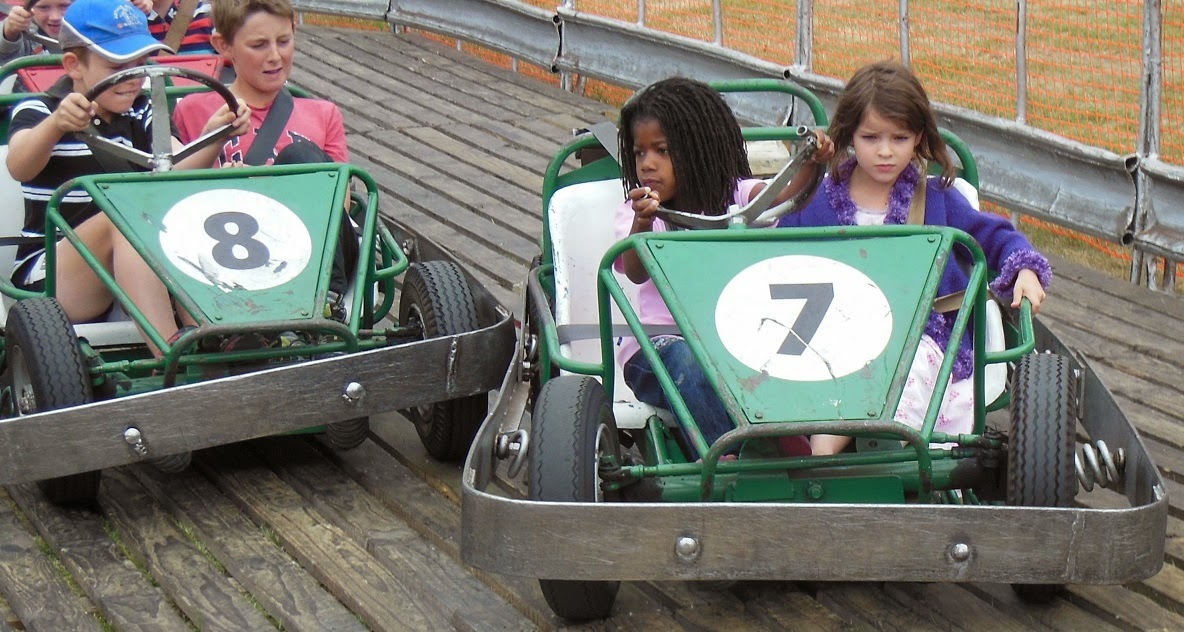 But they did get bumped and dear Hannah was not prepared for that part of it all. Her face just got more and more serious. 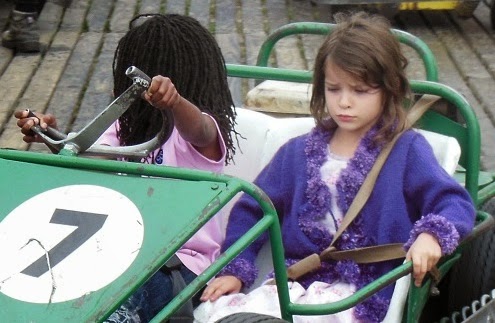 So not the happiest end for her. At least she got to buy some candy floss - so that cheered her up. Rachel also bought some mini donuts for the family to share. Thanks Rachel - they were yummy.

We had a lovely time and I am so pleased the children had saved up their money for their rides and special snacks. It added to the excitement of them choosing what they would go on and they are already making plans for next year. Now that Hannah knows that a lot of bumping happens with the bumper cars, and that Logan was having fun bumping Dad, she plans to go on again next year and I think she will have a lot more fun.
Posted by Buckland at 10:00 PM