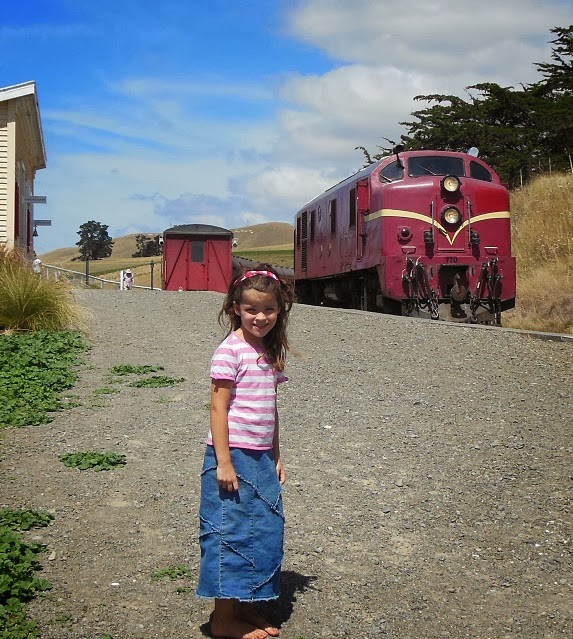 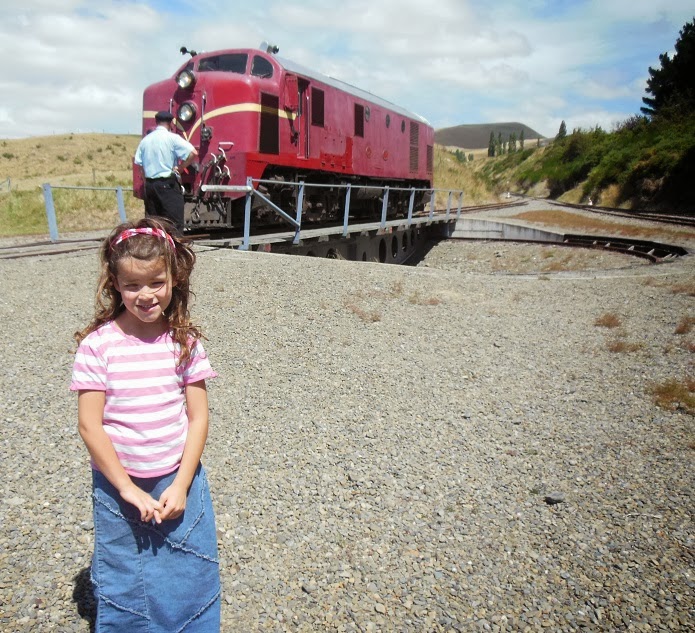 It was Hannah and my turn to visit the tearooms this weekend. We headed out on Sunday afternoon and just as we got out the car Hannah heard the train's whistle. So we quickly ran over thinking that it might just be leaving. 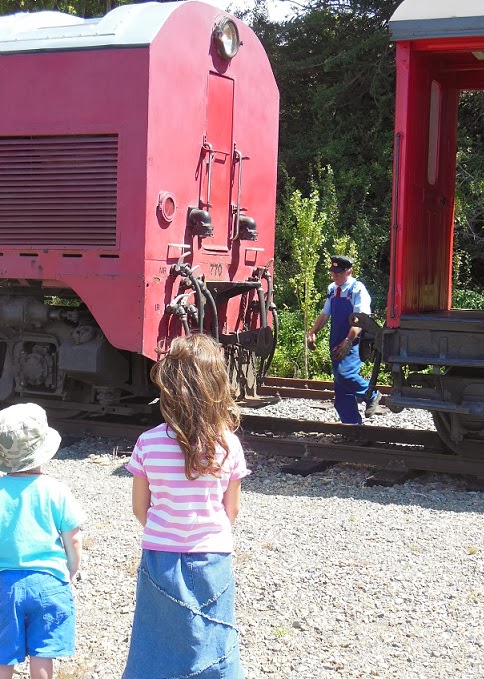 Its the first time we have gotten to see the diesel engine which was fun.
we watched as they turned the engine around for their return trip.
And then watched them hood up. I smiled as Hannah interacted with the little boy that was there. He wanted to come and stand with Hannah to watch and his mother was worried he would get too close. So Hannah took his hand and chatted to him for a bit. It was so sweet. 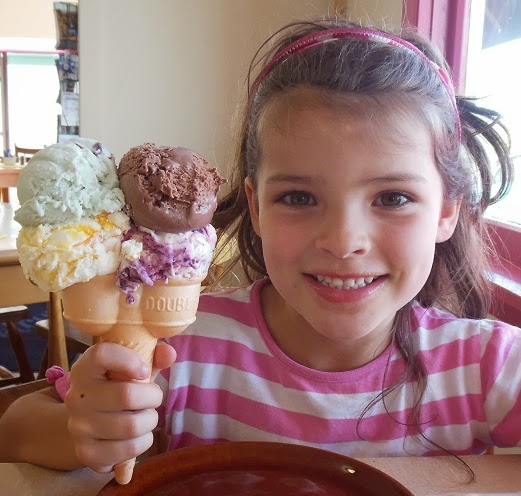 Then it was ice cream time. Hannah looks forward to these days so much and plans what she will have days in advance. 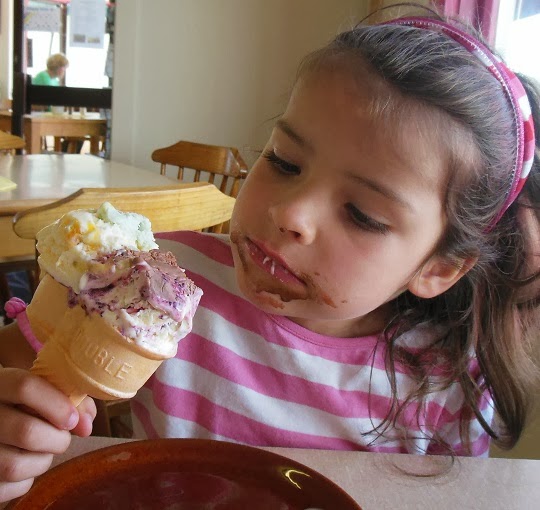 She was very excited about getting 4 different flavours of ice cream today. She so enjoyed mixing flavours too. It was the first time she has tasted passion fruit ice cream and although she said they were all favourites, when asked which she would get if she could only choose one, it was the passion fruit. She gave me a few tastes and I had to agree. Yum Yum. 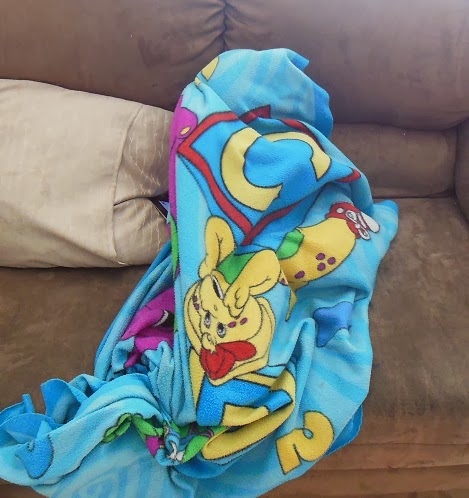 Monday 3rd Feb. I took this photo of Hezekiah this morning doing some work on the iPad under his Bernie blanket tent. :-) 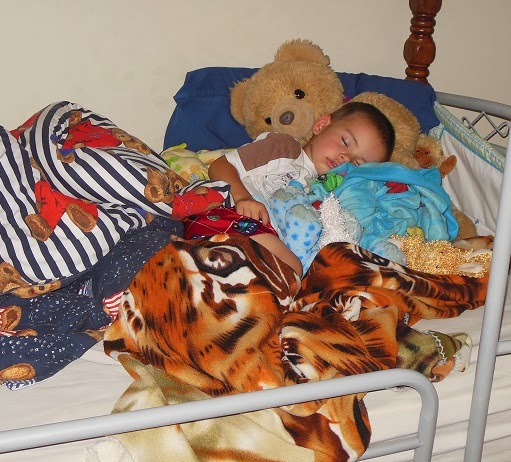 And this one in the afternoon. So sweet how he had made a big mound of things to sleep up against. 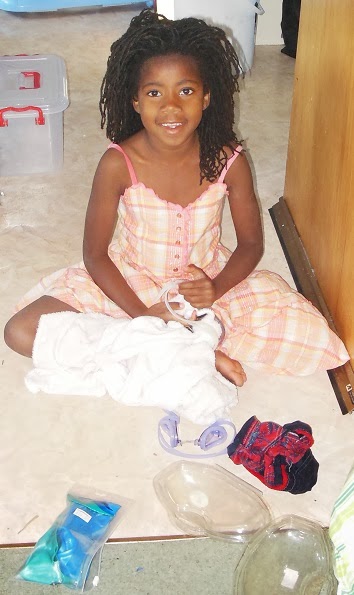 It was a hot day and so after dinner we headed down to the pool. Unfortunately our trip was cut short as Asher had a seizure. We quickly got everyone out and packed up and got home so Asher could have a good rest. Ruth dried off the goggles and caps once we were home (that is normally done at the pool as we pack up). I only got one length done. Oh well, a swimming workout was obviously not meant to happen today.... 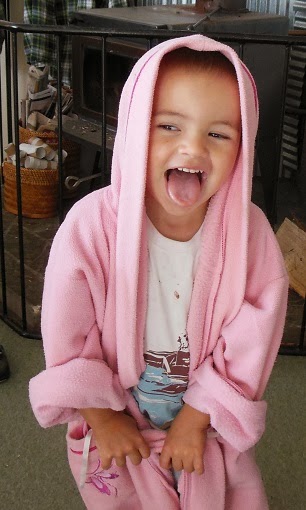 Tuesday 4th saw Asher have another seizure after breakfast. The girls did a great job keeping Hezekiah busy while I was with Asher and I only saw this funny photo a few days later. 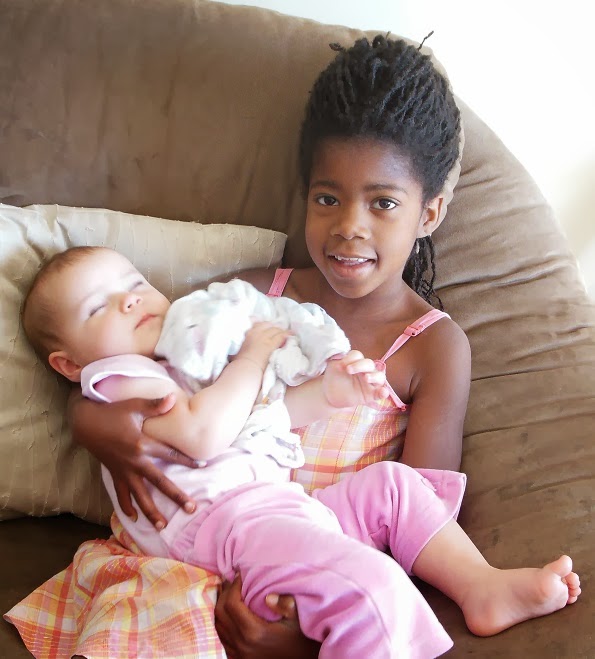 Asher was very tired after the seizure and once she was settled I asked Ruth to hold her so I could get a few things done quickly. She spent most of the morning sleeping in my arms.
We decided not to give Asher any of the stronger medication with these two seizures because of the side effects they have on her. We watch her carefully though and both times were ready to give the medication if she had a second reasonable soon after. 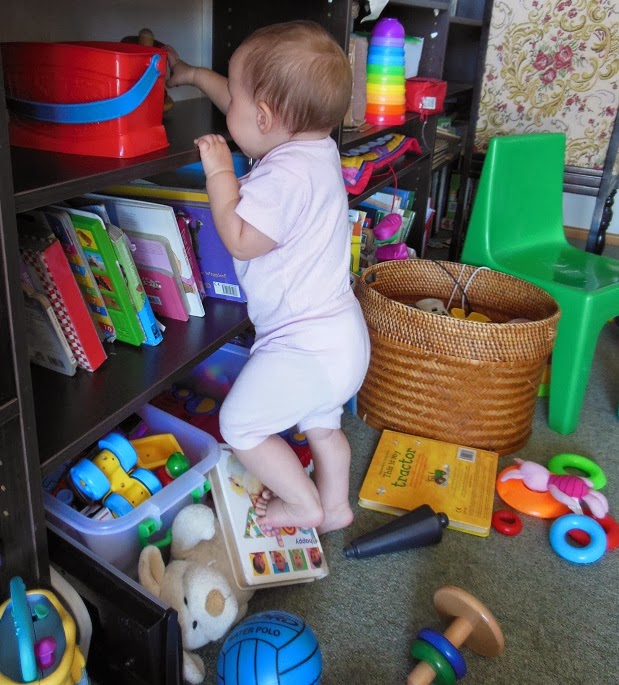 Thankfully these two ended up being the only two for the week and so we were glad we could save her from the side effects of extra drugs.
These two photos were taken at 11:30 and she was back to her busy self. Pull funny piggy faces at me and doing her favourite thing, unpacking that shelf. 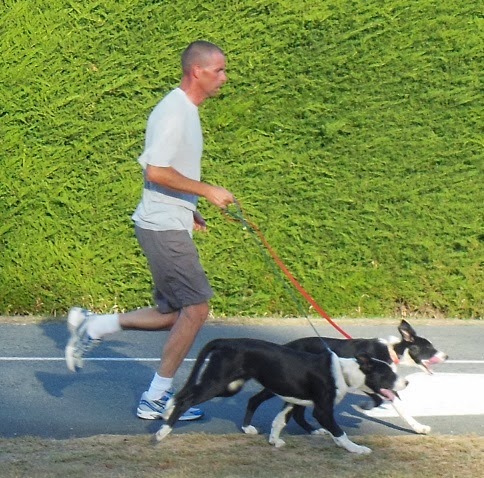 Brendon is trying to help get some of the dogs energy out by taking them for runs around the block.
Wednesday 5th. Asher had a clinic appointment at the hospital this morning so Ruth, Asher and I headed in and the other 3 had a visit at the Love's home.
The doctor was not too concerned about the less hours of sleep Asher is getting (although thinking about it afterwards that although I told him she was waking more at night - I didn't explain that this was almost every 2 hours). He was however concerned about the eye twitches and the jerks she was having.
These have happened a little over the last months since being on the AED but with the huge increase in dose on Saturday they have become so much more frequent. So he said we would more than likely have to change her medication. He also said that he would discuss things with her neurologist and that she might actually just go directly under his care now as it's just all gotten a bit too complicated.
The whole appointment was really just an answer to prayer though. I have had 3 friends tell me about a plant based medication that is having a great success with epilepsy and I wanted to ask the doctor if he knew anything about it or could look into it. I took some print outs with information but was not sure if he would even be willing to listen.
One of my friends was praying specifically that the doctor would be open to at least look into it and he was. He said he would even ask the neurologist if he had gotten any information about it as he is dealing with epilepsy so much more regularly. 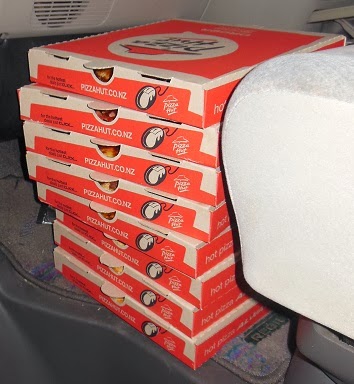 With all the research I had done over the week I had also decided to start Asher on Hemp oil after her seizure on Tuesday morning. So the doctor at least knows about this too. 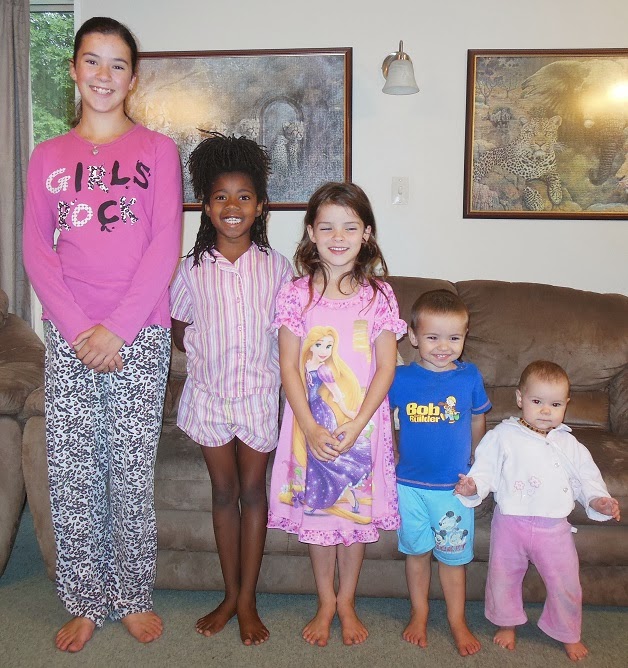 It has been absolutely ages since we had pizza and so I made use of the great "week day" special they have and had them ready to pick up after our groceries (it works out cheaper then buying take-a-way fish and chips for the family). I bought enough for two meals. Half will go in the freezer for another busy day. My freezer meals are unfortunately running a little low at this point.
I remembered a bit late to get a photo with the children standing. It gives you a bit more of an idea of the difference in hight between them. Although Ruth's hair style gives her a bit of an advantage. :-) 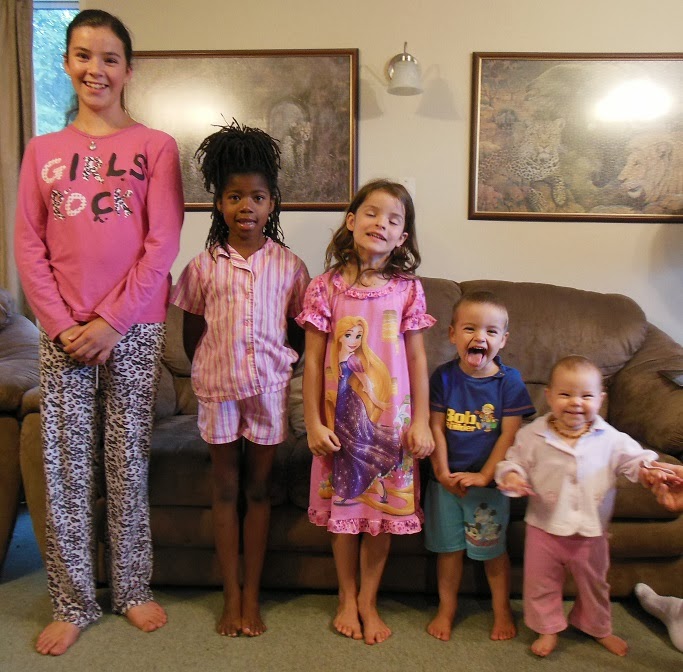 Funny faces from the youngest three.
Posted by Buckland at 10:00 PM