Dogs, a horse and tigers 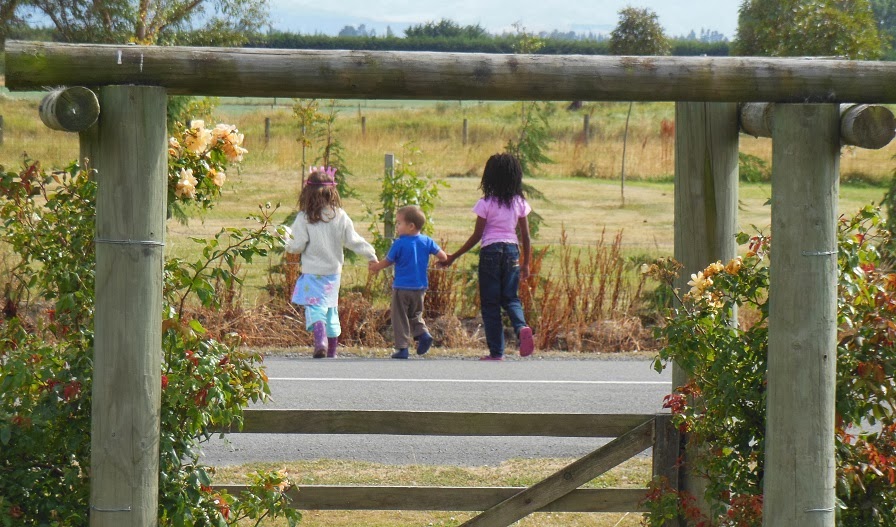 Friday 7th Feb. Noortje asked if the children wanted to come for a visit. They headed off just before 11 and had lunch with her. It was nice to have the quiet house although Asher woke not long after they left. It still allowed for that extra mental space for me and I could get working on Hannah's "Application for Exemption from enrolment at a registered school". Just over a month away till her 6th birthday - so it needs to get off soon. 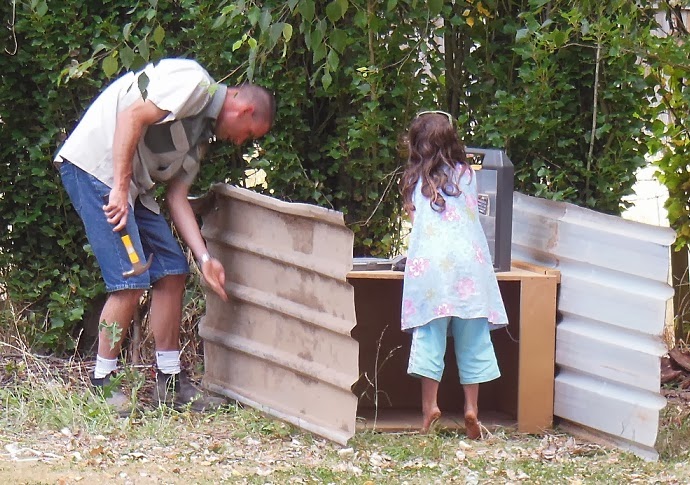 We have been chatting about the dogs lately and if it's practical for us to keep them. Life has just gotten that bit more complicated with Asher's epilepsy. As an immediate improvement to the situation I was trying to come up with an idea of a kennel that the dogs could have in the garden. We had this old wood box that was big enough but in order to protect the wood from water damage and give a bit more shade - we added some metal.
Hannah helped Brendon get started when he got home. 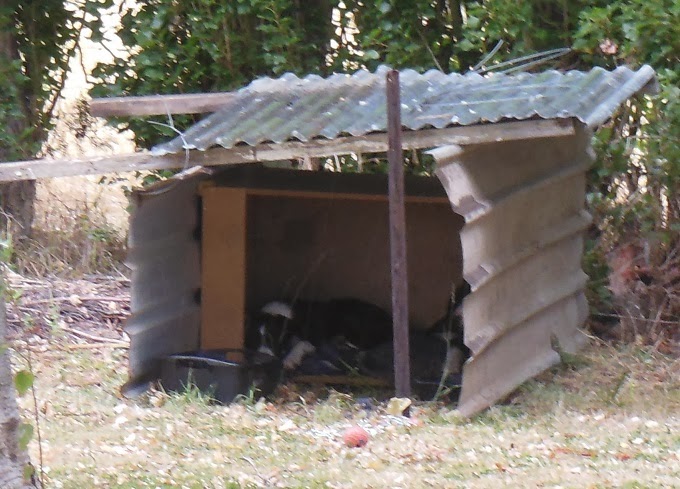 Brendon said it looks like a South African tin shack. Its good enough for now though and perhaps someone has something lying around that will be even better. The dogs have got long chains that are attached to that post so they have a nice area that they can move around in. At least now they can see more and hopefully get used to the other dogs that get walked past our property - WITHOUT them being able to get out and chase them. 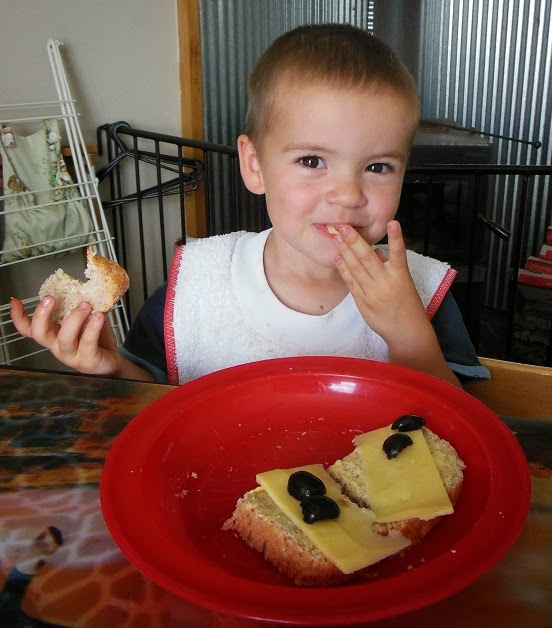 Saturday 8th. Hezekiah just LOVES olives. Ruth does too and Hannah enjoys a few as well. They didn't do the full "salad sandwhiches" today but even cheese on bread is obviously better with olives. At one point we had to give Hezekiah a quarter of his bread at a time because otherwise he would just eat all the toppings off and leave the bread. Today he was a "big boy" and ate it one piece at a time. 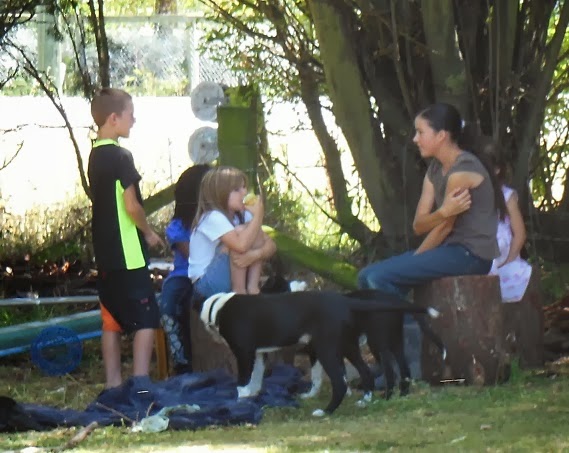 After lunch we had Brooke and one of her brothers come play. Hannah took to him so quickly and was often seen holding his arm and chatting away. 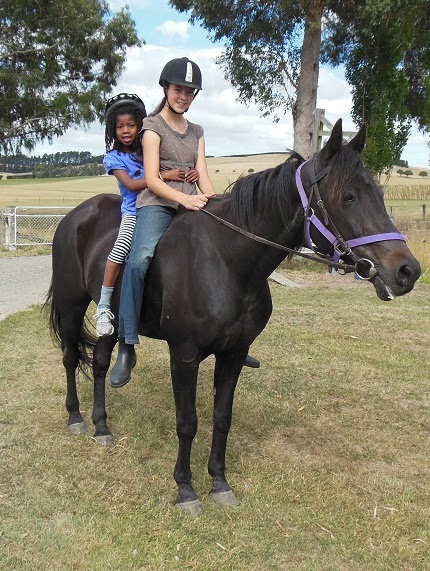 We decided to try the big block again this afternoon but as its a bit far for Hannah so I suggested Rachel bring Auto along to give lifts. Ruth could manage the whole walk but it was fun to have a ride. 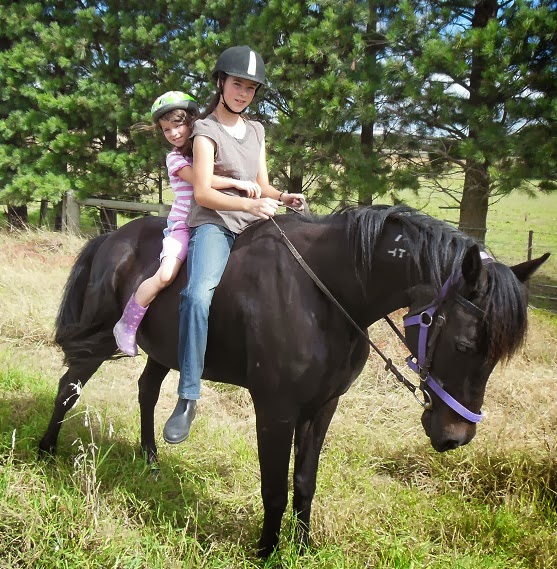 So much fun for them. Hannah and Ruth took a few turns. 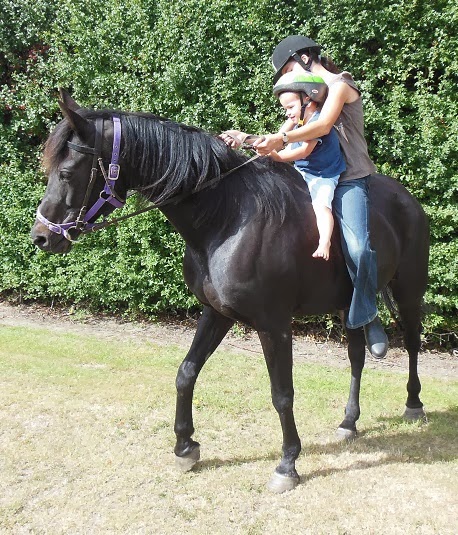 We told Hezekiah he could ride for the last bit but he was only on for a few seconds and said "too big. Me want a little horse" and quickly got off. 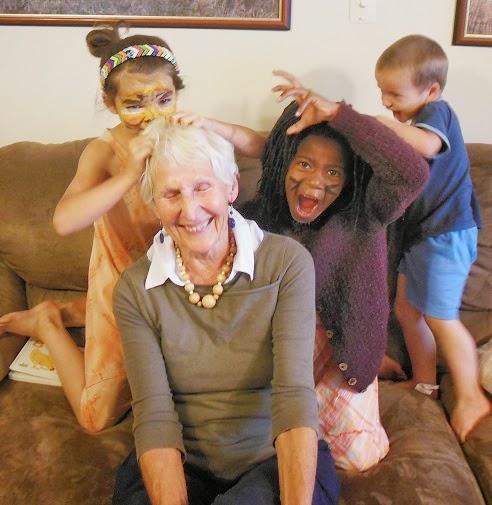 Sunday 9th. Noortje took Ruth and Hannah to "messy church" again this afternoon and evening. They only get back after 7 and as we had just made our daily Kefir smoothy, we invited Noortje in to join us. We had a lovely fun time around the dinning room table, singing and joking around. We moved to the lounge and the fun and games continues. The girls had tiger faces painted on and decided to attach Noortje. Hezekiah had fun joining in. :-)
Posted by Buckland at 10:00 PM