From my heart: Ambulance fun? 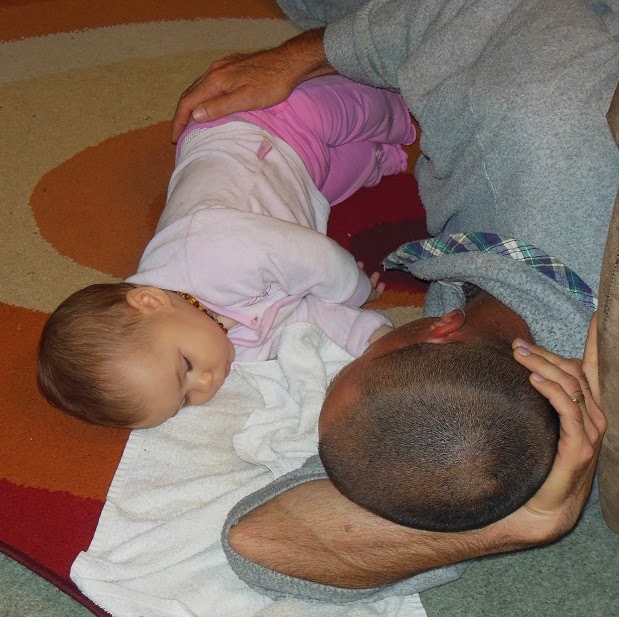 Asher was up earlier than normal today at around 6:30 (before it was 7 or 7:30) and as I have not been sleeping well Brendon took her through to the lounge to play while I tried to get a bit more sleep. It didn't last long though as Rachel called me at 6:50 because Asher was having a seizure. She was happily playing with toys when it started, causing her to just fall forward (thankfully just from sitting). It was more like her "old" ones. A grand mal (tonic clonic) seizure lasting for just over 10 minutes. Her breathing was nice and rhythmical through it all and it had the same patter as those others, the rhythm changing just before it stopped. She lay resting there for about 10 minutes and then woke and clearly wanted to get up. She had a bit of paralysis on her right (which was the side of the focal point this time) but soon fell asleep in Brendon's arms while I did some calling. 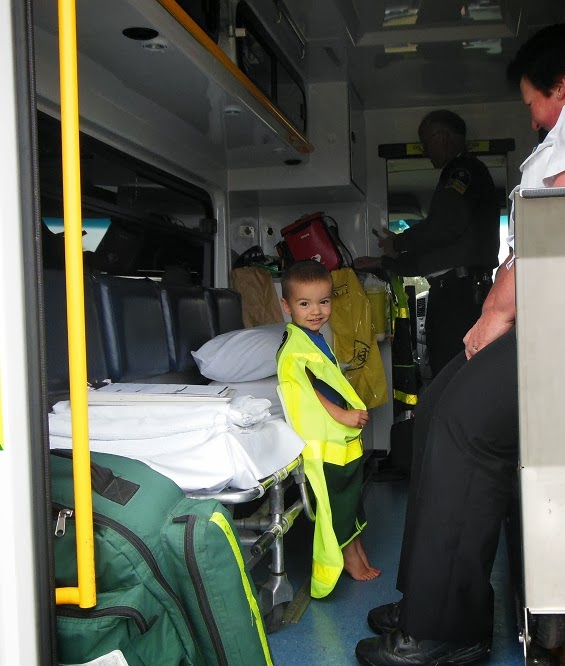 With the seizures two weeks ago the same thing had happened, her body adjusting to the new dose of medication. She had an increase then and again last Saturday, so this being a week later it was not a huge surprise (although still very disappointing). Her body has just adjusted again. At some point things will level out but we need to find where that level is. So I called the hospital to find out what her new dose should be. The doctor on duty did not know Asher and because of the seizure going over 5 minutes, they wanted us to come in. With the trip being over an hour, they said I should call the ambulance (just encase she had another seizure while traveling in).
I naturally look for all the blessings God gives through these unexpected events and today the thing I was thankful for was the fun Hezekiah had with the ambulance driver. Not long after they arrived Adhere woke up and so I gave her breakfast before we left. There was no hurry to get going and so Hezekiah got to spend some fun time checking things out. Rachel got a nice photo too. 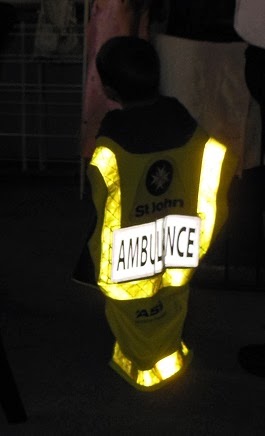 It was a blessing that he got to have such a positive experience with the ambulance and to see us leaving with no stress or worry. The ambulance driver and Hezekiah were instant friends and he even popped in on his way back to let Brendon know that the trip went fine and that Asher slept most of the way. Hezekiah was pleased to see him again but a little surprised that I was not with him. Thankfully Brendon was already making plans to come fetch us and they all headed into town, eating their lunch on the way.
It was a bit frustrating for me to have them tell me the new dose and say "you can go home now". The doctor apologised for the mix up when I called in as it could have been done over the phone. While we were travelling home I spoke to the children about it all. It was good to talk to them about how I handle things like this because although I share it all on the blog, I don't always talk to them about the details. So I spoke about how even though a trip into town was not fun for them and not what we had planned for our day, we could trust that God had a bigger plan. We spoke about all the positives and all the things we could be thankful for. I shared with the children some of the conversation I had with the paramedic. She is someone who we are getting to know rather well now as she lives up the road from us and walks her dogs past our place. She stopped for a chat the other day and so we will see it as a blessing that I got the time to chat more with her.
It was also good to have a chat with a doctor who knows Asher's history better and talk about what our "plan" was for the rest of the day and weekend. She was even able to chat to Asher's neurologist (who she had spotted and quickly chatted to) about Asher's new doses - and so we had input from someone who knows her well and has a lot of experience with this. Asher has a follow up appointment at the hospital on Wednesday, so we will be able to chat more about things then too and see how she is doing on the new dose.

Thankfully Brendon's day was not totally waisted with travelling and he managed to get some work done in the garden. He had dug up the pathway to the bridge in the morning and before dinner got to do a bit more clearing work of this section of the property fence. We were all exhausted from the trip and just spent the heat of the afternoon indoors relaxing. We all got a bit of stone work done after dinner though. It will look so nice when it's done. 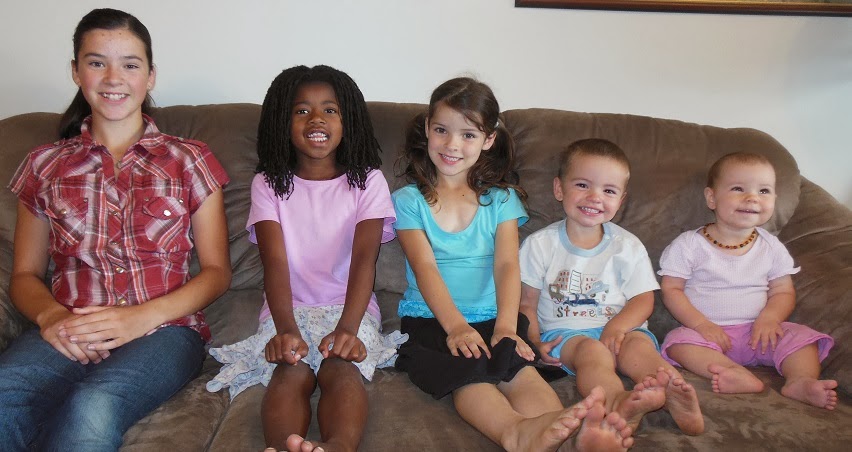 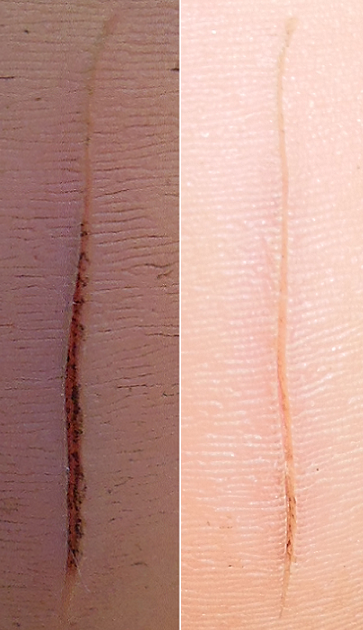 It was a huge blessing that I could still get our monthly children photo taken today. Asher was a bit "hyper" though and so Brendon had to stand really close as she kept wanting to climb off the chair (and she can't do that safely yet). So she was looking at him.
It was interesting to note today that while sitting, Ruth and Hezekiah are only just taller than their younger sibling. It will be interesting to take a photo of them all standing to see the true difference in their heights. It's amazing how much of their height is in their legs.
Only in the evening did I notice that Hezekiah was running around with NOTHING on his feet. Apparently the dressing was already off in the morning when he got up. I gave it a clean and was very pleased to see how much it had already healed (from just a day and a half of being nicely pulled together). The first photo is Thursday morning but it looked the same on Thursday evening before I re-did the dressing. Thankfully I did manage to clean it well that night before the steri-strips went on and it has healed beautifully. I can't believe it - the difference in just 2 days.
Posted by Buckland at 10:00 PM