Hobbit 2, helpers and holding on

Thursday 26th: Rachel and I left really early to get to town for the Boxing day sales. We managed to get the children a "Surface RT" as they all have school work that is done on the computer now. We decided to give this a try over another laptop (as it's cheaper and even more portable). 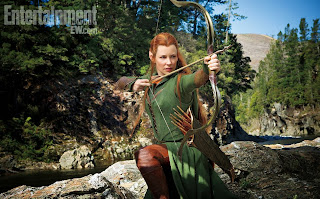 Ruth had her "outing" with Dad on Monday while returning the sander and so Rachel and I made the Thursday our time out together and booked tickets to watch the Hobbit 2. It was lovely to get to watch it together and Rachel was literally shaking with excitement when it started. She has read the book a number of times and is thrilled that there will be 3 movies. She says she doesn't mind when they add things in to the movies - she would rather have them do that over taking things out that are in the book. So she is more than happy with this lady elf being added to the story line for the movie. 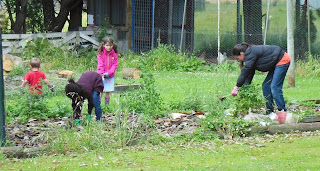 Friday 27th: There was a break in the rain this morning and I came up with a "game" for the girls. I asked them to help Dad with the weeding and have a bit of a competition. In 15 minutes see who can get the biggest pile of weeds collected. 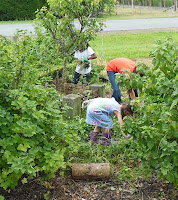 Well - after 15 minutes they asked that I put the timer on for another 15. After those 15 they asked for 15 more. You can see all the jackets and jerseys came off. 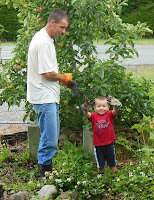 Brendon was working in the worst area where there were really bad prickly weeds and they were even racing to see if they could get more than him. Hezekiah moved around and was mainly Dad's helper.
Below: After 45 minutes I suggested they call it a day as it was getting close to lunch time. The younger girls had teamed up and gave Rachel a good run for her money. In the photo below Ruth suggested they put their foot up on their pile - showing off their effort - and so Hezekiah has his foot up on his pile too. Thank you children - you helped Dad wonderfully and got so much done. 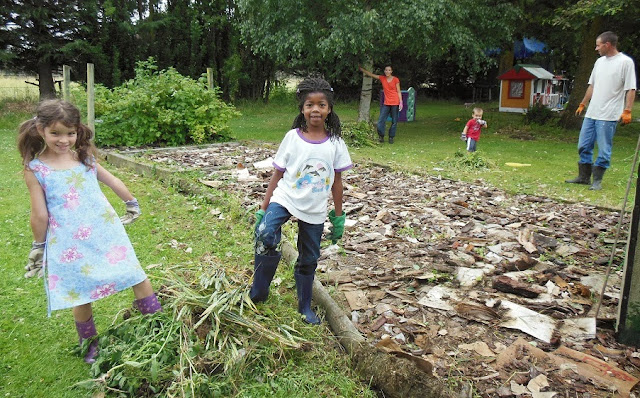 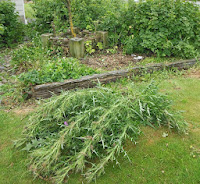 The thistle next to the apricot tree that was already well over a meter high. Nasty prickles on that one.
Ruth creating again for Hannah's lunch. 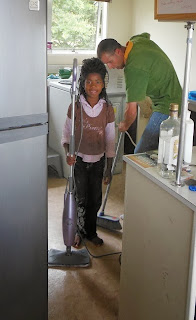 Saturday 28th was rainy again - so Brendon found some indoor jobs to keep him busy. Ruth is always a willing helper and joined Dad in moving all the appliances in the kitchen and cleaning them and the floor thoroughly. Photo - Brendon getting ready to sweep Ruth. Teasing her without her even knowing it. :-) 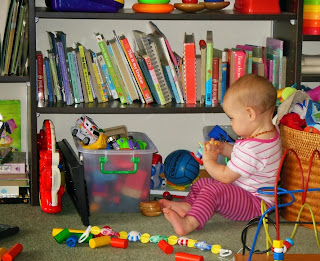 Asher's favourite spot in the lounge now - with toys surrounding her (and safely away from the plants). 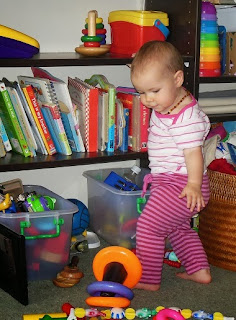 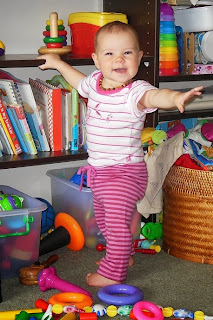 A great place to work those legs. :-) 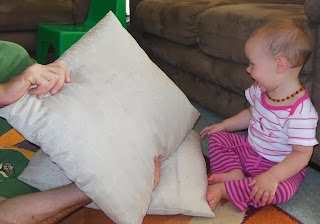 It's so hard to catch the fun Asher has with these cushions with a photo or video. As soon as she sees the camera she stops playing. I got this one before she turned to me - with the little tongue out as she lauged at Dad.
Here is the video I got. I must try get one with her lying and pulling the cushion over herself. SO much fun.
Posted by Buckland at 10:00 PM