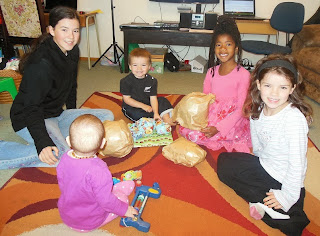 Birthday celebrations delayed by 2 days so that Rachel could be a part of the present opening fun this morning. Special memories.

He had so much fun opening his presents. A friend gave him his first own colouring book with crayons. His sisters gave him different balls and Nana gave him a few Thomas and Friends characters. He was THRILLED. 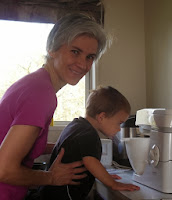 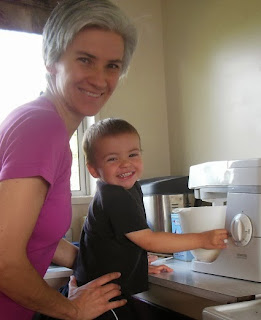 He was also very pleased to join me in the kitchen to make cupcakes. Definately the youngest birthday cake helper I have had so far. He had to sit up on my leg so that he could see in (our kitchen is not big enough for that lovely learning stand we used in the other houses).
The best for him though was pushing the button. He learnt very quickly when it needed to be pushed and had so much fun just being a part of it all. 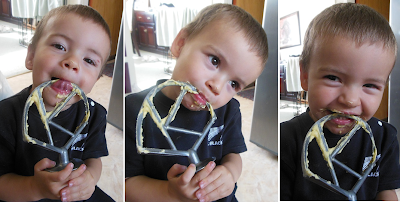 And the birthday boy gets to lick the mixer. As he does not get sugar often and I don't bake often - this was a real treat. 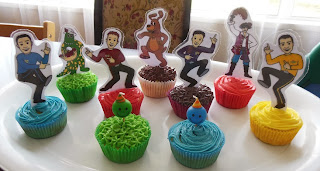 He then lost interest and Rachel helped by making the icing and then Ruth helped with the colouring. He was so pleased with the cupcakes when he saw them finished. He just loves the wiggles. 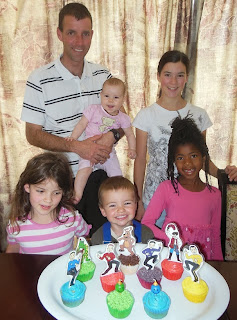 How blessed I am to have each one of these special people in my life. 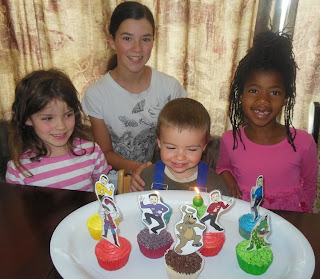 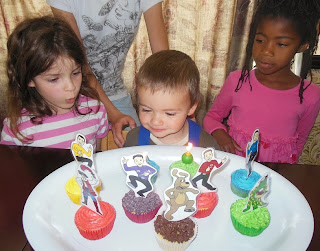 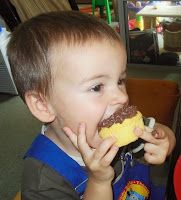 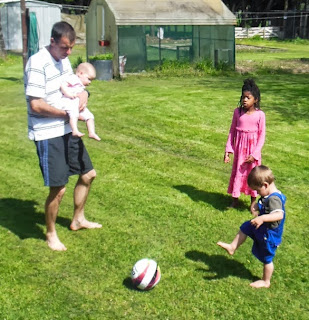 And then off to burn off that sugar outside with his new balls.
Hannah gave him a rugby ball (lovely to learn to throw and catch with this), Ruth gave him a basket ball (which bounces wonderfully on the deck) and Rachel gave him a soccer ball. They are all smaller balls - the right size for him. So I know he is going to have loads of fun with them all (the sisters will have loads of fun with him too).
Posted by Buckland at 2:30 PM