So sweet and so mischievous

6 April: Hezekiah helping Dad clean the fireplace. It really is lovely to have him wanting to help with as much as he can. It helps prepare you for days like this..... 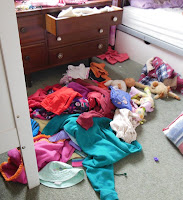 7 April: Where he is just a real monkey and gets up to so much mischief. He decided he did not want to nap this afternoon and so climbed OUT of he cot and started unpacking Hannah's draws. This was one of the reasons I kept him in a cot rather than putting him into a bed when Asher was born - I was concerned about what he would get up to alone in the room. Well - today I found out. 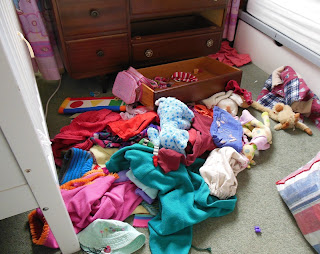 He was told off, put back in his cot and then when I heard some noise and came in a little later I found he had climbed out AGAIN and unpacked some more. This time every draw was emptied and Hannah's hair things were spread around the room too.
He got into trouble again for this and I am hoping that he has understood that it is not acceptable. I write this post a month later and so far he has not climbed out again. So hopefully he won't try it again. 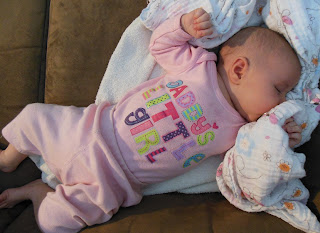 8 April: Daddy's little girl. It's been nice and warm lately so she has been in short sleeve vests. I was glad for the cooler weather so that she could get to wear this at least once before she is too big for it. It's not that cold that she needs anything else on - but just nice to get to wear some of the beautiful clothes she has been given.

11 April: We have been struggling terribly to try and stop Hannah from biting her nails. I had hunted the whole house a number of times to find the bitter nail polish I used for Rachel but just could not find it. 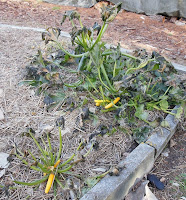 So I bought a new one that said it was stronger and lasted longer. It put Hannah off for about a day and then she was back at it - with fresh bitter nail polish just applied. So I thought I would try put pepper on the polish when it was wet. This did not work either as she was able to just rub the polish off. Has anyone got any other ideas. These poor fingers are looking rather ragged as she keeps biting the nails even though there are no nails left to bite..... 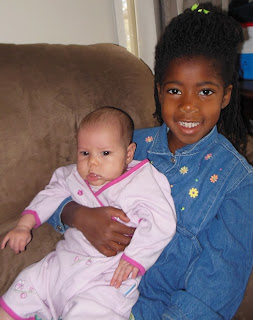 The other thing looking rather ragged is our veggie garden. The frosts have hit. And just as our cucumber plant was producing lovely cucumbers rather regularly. We really do need to get started earlier this year and make sure we cover the seedlings for the late frosts.
13 April: Asher wearing her Asian looking outfit. So sweet. Ruth is also becoming such a good helper with her. I know she always wants to do so much with her so I have gotten to spend some time checking to make sure she knows how to pick her up safely and I am confident now that she is safe picking her up and even walking around with her. She always looks like she has her hands really full - but she is strong enough and careful enough. Hopefully soon we will be able to get more of Asher's smiles on camera. She really does smile so beautifully.
Posted by Buckland at 10:00 PM