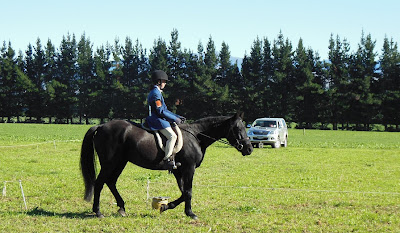 Rachel had her first ODE (One Day Event) today. They had a bit of a stressful start to the day as Christine's car would not start. They had packed everything the evening before and so had to re-pack it all into two other cars and hook up the horse float ect.
We were also a bit late to leave and I thought we might miss Rachel's dressage. Thankfully we made it there in time. Here she is walking outside the area waiting for the judges to signal for her to start. 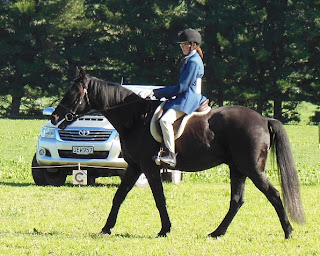 During the dressage. Rachel did really well to remember the whole routine. She knew there were a few things she could easily improve on (like getting closer to the outside rope when walking along the side). As it was her first every ODE and Dressage and she had never practices with a roped off area before - I think she did excellently.
Here is a video of the dressage.

Then it was time for show jumping. Unfortunately when Rachel did a practice jump she slipped off and it really knocked her confidence terribly. Christine decided she should just walk around and do few jumps that she was comfortable with. Ideally you want to keep the same pace throughout - but at this stage it was more about her just getting out there and doing something.
Here is a video of her doing one of the jumps. Her confidence got up a little and she did 3 lovely jumps at the end. 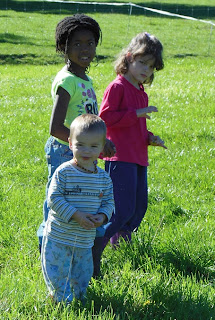 It was so strange to watch her though as we have seen her jumping much higher jumps with so much confidence. It shows how much stress can effect the rider and then in turn the horse. She did well to at least get out there and do some jumps. I was also very thankful for all the people around who were so supportive and encouraging. It's good to know she is not the only one who has a "bad day" like this.
The other children did really well with hanging around waiting. I was also very thankful to Brendon who kept Hezekiah busy. Thankfully Asher slept in the sling for a while and so that allowed me to take a few photos and get some video. It was a busy day out though with 4 young children. I was pleased we managed to cope with them until her Cross country was finished. Asher woke up just after Rachel was finished.

The cross country course was just lovely. Rachel got to walk around the course a couple of times so that she was familiar with it. 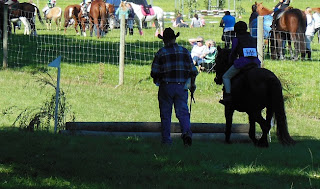 Christine had again suggested she just walk between the jumps and only do the jumps that she was comfortable with. It can be intimidating jumping over fallen logs.
This first jump was a challenge for many of the horses. I think mainly because of the change from shadow to light right at the jump. The man walked around the whole course with Rachel and he was very encouraging to her. 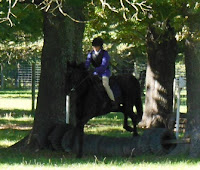 She even managed to do jumps that at first she had thought she would just miss. So well done Rachel for overcoming your fears. 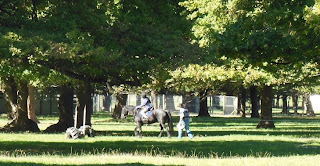 It was all just a wonderful experience for her. Once she was done we headed off but she stayed longer with Christine. She just loved watching the more advanced riders and their cross country. She had so much to tell us when she got home. So it was a really special day for her.
Here is a video of her last few jumps. 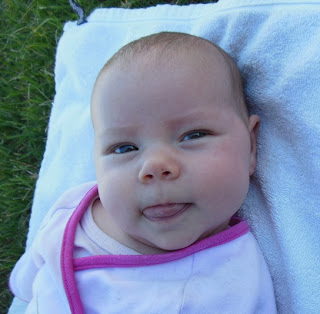 She was one of many who had their horses decide at the last minute that the last jump looked too scary. Again I think it was the light to dark aspect that makes it harder for them. She did really well though and I think she managed to come away having learnt a lot and being positive about the experience. She saw many other experienced riders (experienced as they have done many more ODEs and this was her first) who also struggled. So it was a great day - even though the riding did not go as well as she had hoped.
We then had Fish and Chips in Culverden on the way home. Asher just won't give me a lovely smile for the camera. As soon as she sees that black thing the smiles disappear. :-) 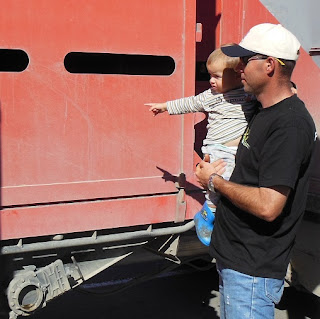 Just as we were finished this stock truck stopped for his lunch. Hezekiah loved having a look at the cows that were on it - not to mention just looking at a nice big truck. We were all quite thankful we were leaving though as the stink was rather bad.
Posted by Buckland at 6:00 PM