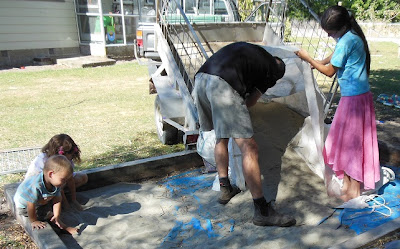 Saturday 30 March. This morning Brendon headed off with the older 4 children to go and get some beach sand for their sandpit. Thankfully a friend met Brendon to give him advice on where to go and so he helped Brendon shovel it into two big bags. The children apparently had such a great time playing on the beach. It might be something that Brendon tries to do more often with them (although perhaps more during the summer months). I think it was quite relaxing for him too. 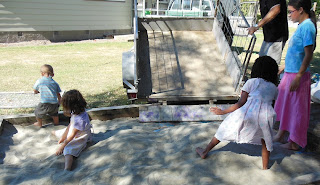 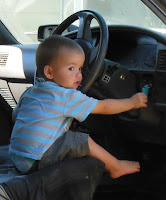 One of Hezekiah's favourite spots - behind a steering wheel. 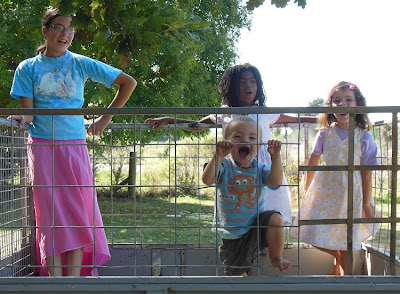 And then some fun in the empty trailer. Our 4 monkeys. :-) 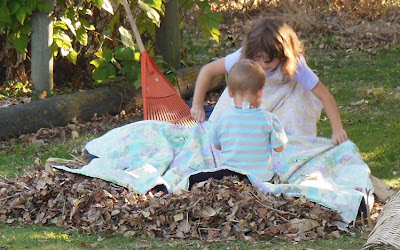 Autumn leaves are starting to fill the garden. The girls raked some leaves up yesterday and today and had so much fun playing with the piles they had made. Here Hannah is making a bed for them. It was so cute to watch them lying on their backs looking up at the sky and having a little conversation. 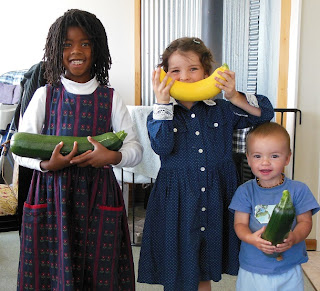 Sunday 31 March: They picked some more marrows today. We had a really late start to our veggie garden this year with all the late frosts we had. I am pleased the marrows at least did ok this year. It is always so nice to see the enjoyment on the children's faces when they go to pick their own veggies. Mostly the tomatoes don't reach the house though as they get eaten on the way. :-) 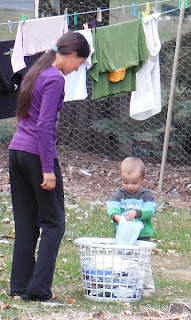 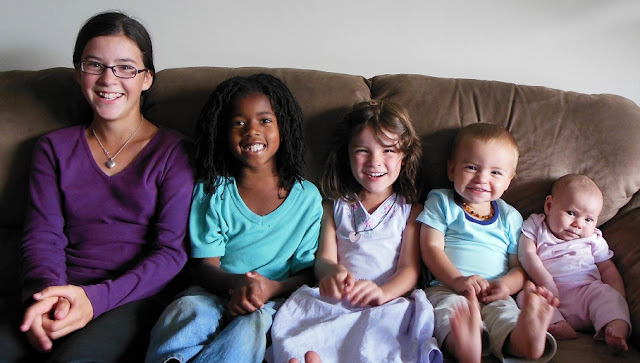 And our new children photo for this month. Beautiful colour choices today. :-) Each one of you is a true blessing and we thank the Lord for each of you.
Posted by Buckland at 10:00 PM