Mum gets out and about 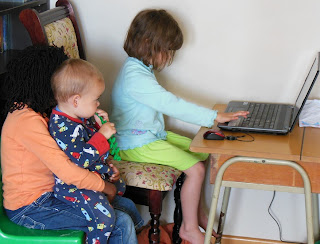 Monday 5th: Hezekiah enjoys watching the girls do their school work that is on the computer. And I just love these pjs (it was still early morning). As he has 4 molars pushing through he generally has something in his mouth that he is chewing on. 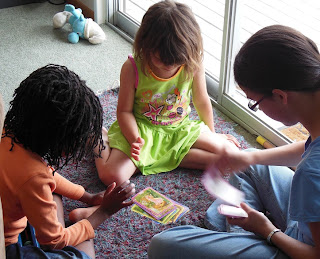 The girls found some fairy cards that they had and so we have all been playing "Go Fish" with them lately. Today the girls played a game of snap (an adapted version after some cards where getting bent). 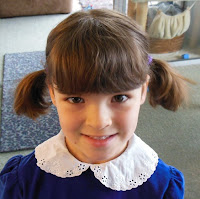 Tuesday 6th: Rachel often helps Hannah get a dress out her cupboard and sometimes Hannah gets her hair done too. This was today's style. 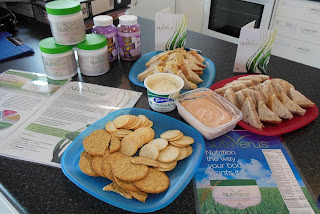 And it was my first XFM today. Xtreme Food Makeover with NutriVerus. I have not said much on the blog about the new products we have been using since we got back from our visit to South Africa in Feb - but they have made such a big difference in our lives and the lives of friends around us that I thought I would spread my wings a little and move a little out of my comfort zone and go and introduce some other mothers to the products. There is a great new product in the range now which is just so packed with so much goodness. And the great thing about it is that it can just be added to food. So I took some sandwiches and dip (with NutriVerus added) to a Play Centre 30 minutes South of us for the ladies and children to sample. It was great getting to chat to the different mothers and build up a little bit of confidence in myself.
If you want to know a bit more about NutriVerus you can watch this great video:


It's the USA video but the product is in Australasia already, should be in Europe and the UK by the end of November and in South Africa by the end of Feb next year.
If you want to have a look at the products on-line you can have a look here (and let me know so that I can send you some more information): http://www.mannapages.com/buckland 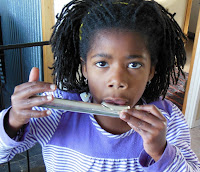 Being Tuesday again we had Rachael (the ballet mother) visiting again and today she brought a flute for the girls to borrow. She played flute in an orchestra and so she has two flutes and said she would be happy for the girls to have a go on this cheaper beginners one. The big challenge to start with is mastering the blow. So the girls are mainly spending time with just the first part of the flute - practicing and working out how exactly to blow and where to place their lips. It's lovely to have something different for them to try.

Wed 7th: Kerry had come and watched the children yesterday morning and she came again today so that I could go to another Play Centre even further South from us (over 45 minutes away - which is a long drive for me as I hardly ever travel). I had a lovely morning sharing the information and meeting new people. 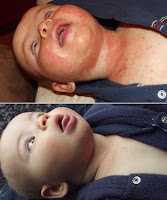 Note: I actually sold a bottle of Manna Bears to one of the ladies on the day and when I spoke to her a week later she said her daughter's eczema was looking so much better. What a blessing. The products don't "cure" anything - but when the body is fed properly - at the cellular level - it's amazing what the BODY can do. It's the body that does the healing. God has created us so incredibly.
I don't seem to have shown the photos that I took of Hezekiah's skin in May when his eczema got really bad. I was really blown away with how quickly the glyconutrients helped his body to deal with a very bad situation. That healing took place in 3 or 4 days.
I have had so many testimonies from people about the different improvements that they have had that I really enjoy being a part of this. 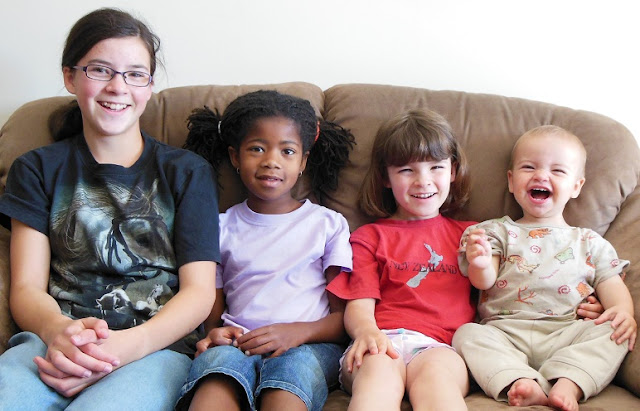 And before I left on Wednesday morning I finally got to take an updated "children" photo. Again - I can't help but smile at that cute little face. Such a little monkey.

And he is a little monkey when it comes to speaking to Nana and Grandpa on Skype now too. He loves standing right in front of the computer and saying "hello". The funniest is when he tries to walk around the computer to see the rest of them. I was hoping to get a photo with them on the screen but as I took the photo he moved the mouse and minimised their video.