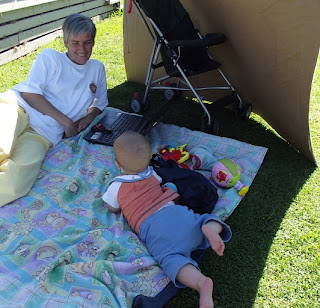 While Brendon was at work yesterday morning I decided to get myself outside with Hezekiah. It was nice to get to start reading one of the free books I had downloaded for Kindle. We don't have a kindle. But they have this cloud reader which you can use from your computer (or laptop) and so I just took it outside with me. 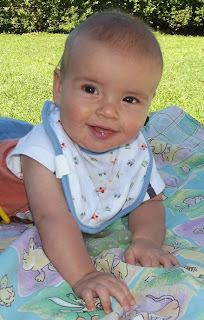 So nice to be out in the fresh air. Hezekiah just loves being outside. 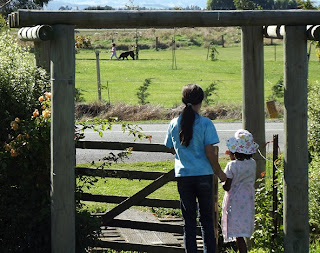 We had to laugh at the girls again today. They spotted the neighbour's daughter walking one of the dogs and so the idea was to pop over for a visit. Unfortunately they took so long to get over that by the time they got there she was inside already. Eventually they will get it right - I am sure.
Hezekiah loves playing rough. I had been swinging him around quite a bit but I had to ask Brendon to take over as he is so heavy. 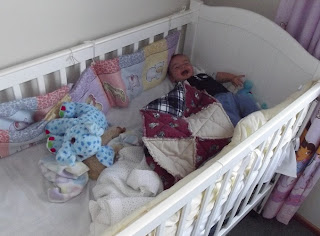 And look where I found him after his "nap" this afternoon. He started off with his head on the left of the cot. He really is getting himself around. 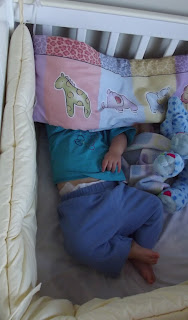 Today I found him sleeping with his head behind the cot bumper. 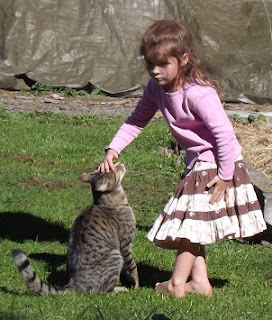 This cat has been around at our house a lot and often comes right up to the door. We have chatted with the previous owners and it seems it is there cat. They were unfortunately away today but hopefully one day they will be able to pop over and pick him up. His presence does not seem to worry Patches - but Tiger has disappeared again. I am hoping we can get this cat to stay at his new home and then hopefully get Tiger back and get him settled. 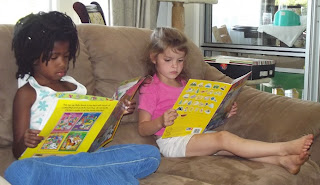 It's been wonderful to have loads of books out again for the girls. It's such a blessing seeing them enjoying so many different books. 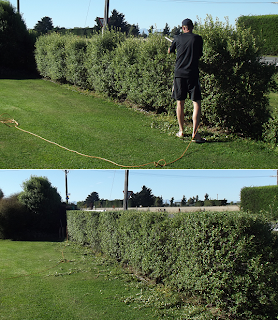 Brendon finally got to use his hedge trimmer today. What a wonderful result. It looks so neat and tidy. 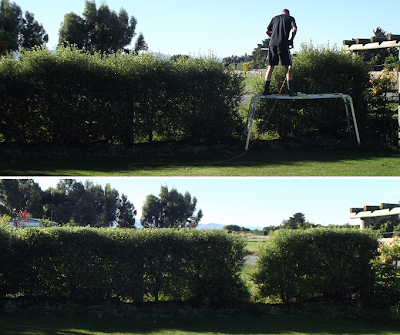 This one was a bit more work as he needed to get up higher. We won't let it get too much higher than this. 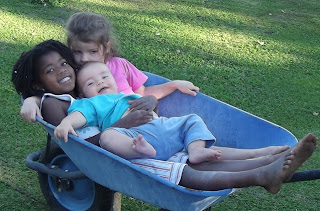 Hezekiah had his first wheel barrow ride today.
Posted by Buckland at 9:00 PM