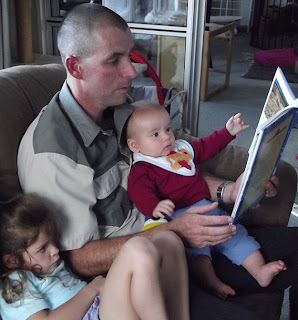 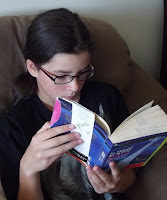 I ordered some books from the local library and Rachel flew through them so quickly. This one she got done in less than a day. 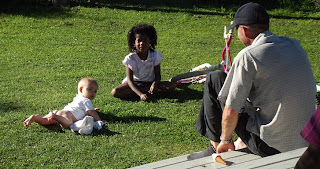 I finally got back to using the cloth nappies this week (after our month in SA and then a month to settle after our trip) and was really feeling positive about it (I do prefer cloth to disposable). Unfortunately within a couple of days Hezekiah started with a rash again. He obviously has a sensitive skin - reacting to something in the cloth and so he will have to be in disposables. I can't afford to buy another set of cloth nappies as I don't want to spend all that money and have him react to them too.
So he spent some time outside in the sun to help his skin get better. 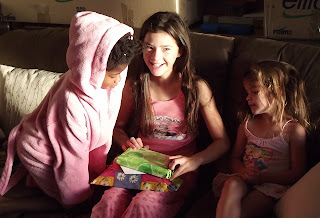 Today was Rachel's actual birthday so she got her card from Nana and presents from Gogo and us today. She was also excited about have Pork Roast with apple sauce for lunch and our friends brought Lemon Meringue pie which she really enjoys too. So that was a nice treat. 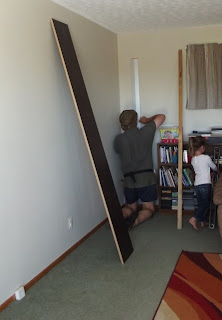 It was a working party today though. Dave had organized the wood for our bookshelves and also had all the knowledge and expertise in how to put them up. The process begins. First we had to find where the beans were in the wall. At least now we know there are 3 horizontal beam at 60, 120 and 180cm. This will be invaluable knowledge when we finally get to putting our pictures up. Previously we just looked for the vertical beams and so pictures just had to be put where the beams where and we did not think we had all that much choice. :-) 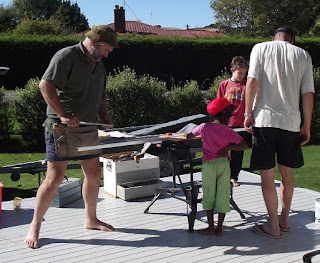 The younger girls are always interested and checking everything out and asking loads of questions. And as expected Ruth is wanting to help where she can. 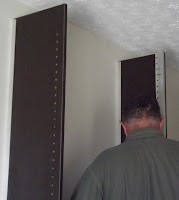 Upright all up and now for the holes. 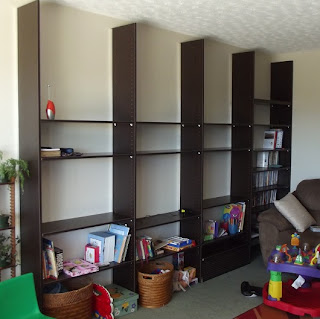 All done - except for not having enough plugs for all the shelves. It is wonderful to already be able to start unpacking boxes though and to already see the girls enjoying the books as they come out. The final picture will have to come once all the shelves are up.
Posted by Buckland at 9:00 PM