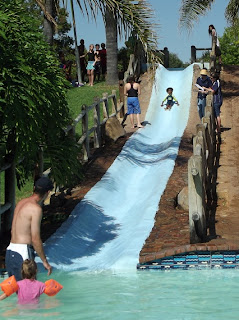 Nana had told the girls about Zita park and we finally got to take them today. The excitement was about the water slide. Unfortunately there was a HUGE school group at the park this morning but in between groups the girls got enough time to slide. It did not take Ruth long to get on. Our fearless one.
When Rachel saw that Ruth could not even get to the end of the slide (it was that slow for her light body) she was more confident. Hanna insisted on going with Brendon on her first go - this was not a good idea as his weight got him down quite quickly. 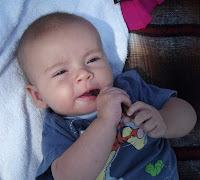 She happily went behind her sisters though - so got to have some fun with them (at a slower pace). Ruth and Rachel then tried all different ways of going down. Rachel did really well and tried to "dive" into the pool at the bottom.
And while the girls were busy Hezekiah enjoyed a stick of biltong. :-) 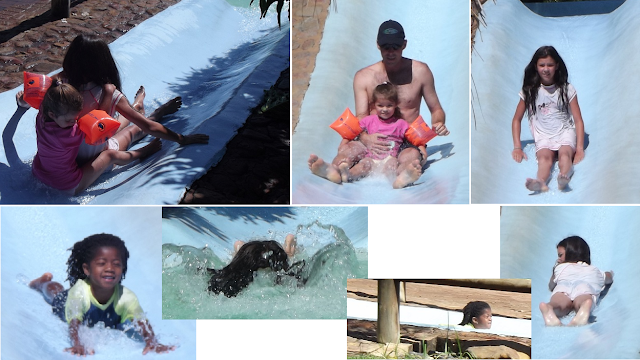 There were so many photos I did not know what to do. I am sure this section of my blog will be looked through often over the years by the children - so I wanted to keep as many as I could. This was the solution. 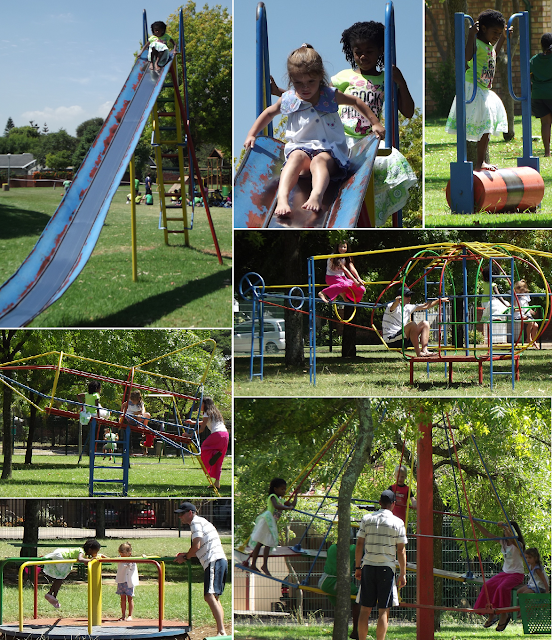 Then we headed over to the park area and the girls had loads of fun. It was very sad for Brendon and I though when we saw a lady arrive with her two children. The children went off with the maid while the mother sat chatting with a friend. The maid played with the children on the swings and it was the maid that was even teaching the children their manners. That mother is very blessed to have such a lovely lady doing that job - but I do feel it should have been the Mum. 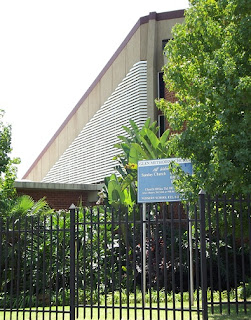 As we were really close to the church where Brendon and I met we decided to drive past. The funny thing was that we missed it the first time. The trees have gotten so big that we did not even see the church. It was a good 19 years ago. Back then there were no fences around the property either.

We told the girls how we met in the school holidays when both of us had signed up to be leaders on a Scripture Union camp. It was in the first classroom here that we spent many hours doing preparation for the camp that our friendship began. My parents were away that holiday and so Brendon ended up giving me lifts home after our preparation time. Such special memories. 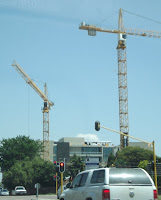 So although we can find our way around easily enough - things do look quite different. There is a lot of construction still happening around Pta and so it's constantly changing. Hannah always got very excited when she saw any cranes. 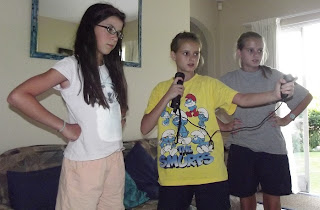 In the afternoon I took Rachel to the twins to spend the afternoon / evening with. They had a great time. Here they are showing her how to play WII. 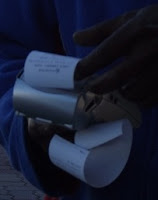 I put petrol in the car on my way back - but I really should say "had petrol put in my car for me". It felt so very strange to have someone fill it up for me. And that's not knew - it's always been like that. I have just gotten really used to NZ and filling up myself. What has changed however is that you can now pay with a card. It used to always be petrol card or cash. As there is so much crime with cards though - they have portable machines so you don't let your card out of your sight.
When I told Brendon about how strange it was to fill up he told me about his experience last week. He immediately got out the car and was about to fill it up himself when he noticed that the pump was locked. He also then noticed one of the men that worked there running over to him (probably thinking "what on earth is that man trying to do"). :-)
Posted by Buckland at 9:00 PM